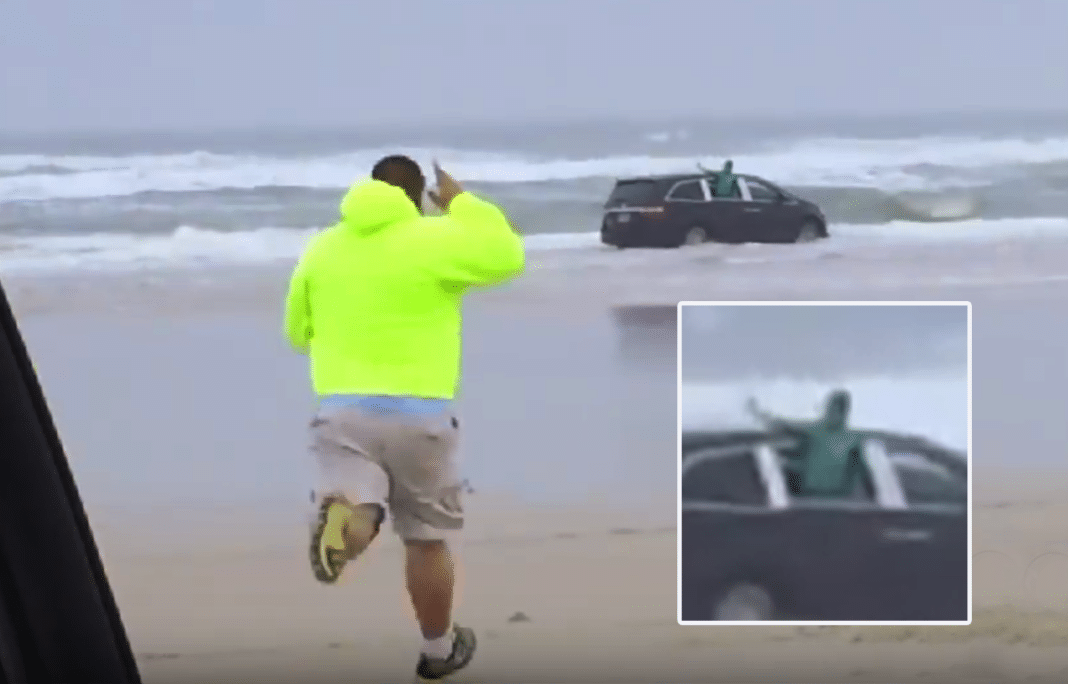 A pregnant woman from South Carolina, Ebony Wilkerson, then 32, and her three young children, ages 3, 9, and 10, were trapped in their minivan after she drove it into the ocean. Tim Tesseneer, a man driving along the beach on vacation, noticed the strange scene and stopped to watch. Then he heard children screaming and realized they were in danger for their lives. He parked his car and ran for the minivan as it headed into the ocean while a passing tourist filmed what happened next.

21-year-old Stacy Robinson joined Tesseneer. They realized the woman appeared to be trying to drown her children along with herself. 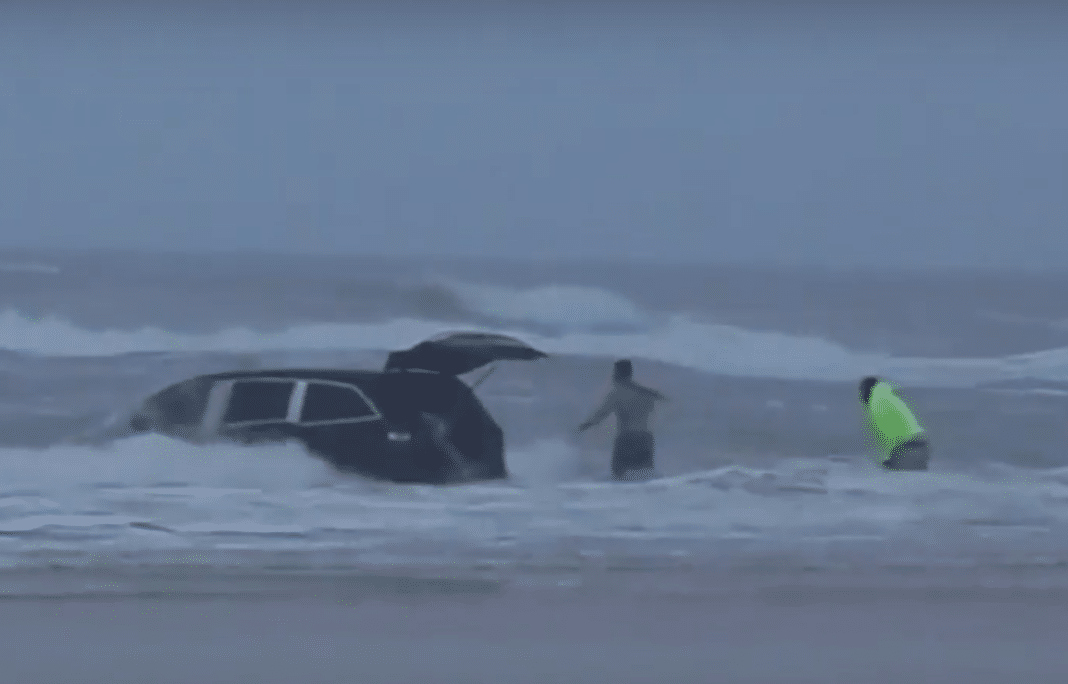 Tim Tesseneer is joined by Stacy Robinson as the attempt to save the kids.

“She had this look on her face. I can’t describe it. It’s just an awful blank look like a spaced-out look and a kid on her lap fighting her for the steering wheel,” Robinson explained.

The grim picture became even worse as he saw the kids in the back seat.

“and the two in the back seat was crying with their arms out, saying:

“‘Our Mommy is trying to kill us! Please help!'”

The mother responded over and over:

Then she hit the accelerator and attempted to drive further out to sea. 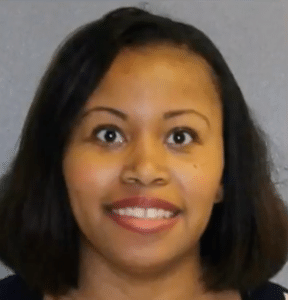 As the men tried desperately to save the three kids, the mother left the vehicle, which was rocking about in three feet of water and heading out into deeper water. A witness saw her climb out of the window and walk away with a blank empty look on her face that Tesseneer described as, “possessed.”

She would not speak about the incident when investigators attempted to interview her. 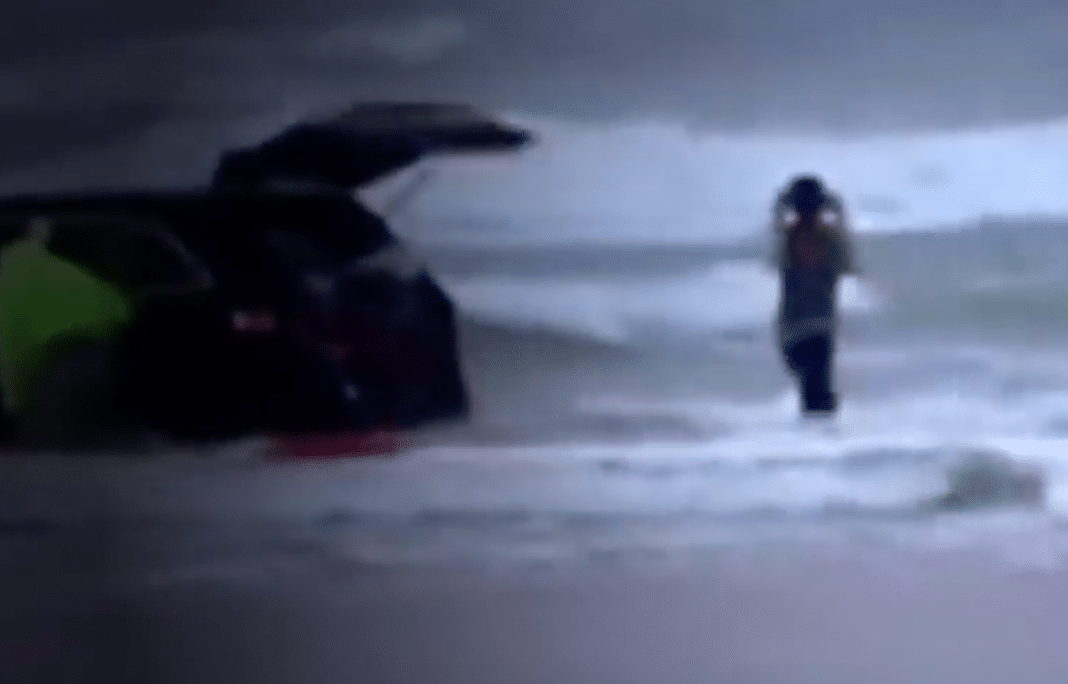 Following the incident, the woman underwent a mental health evaluation. Fortunately, her unborn child wasn’t harmed, and the kids were ok after being checked out at the local hospital. However, if the men hadn’t immediately jumped into action, the family all would surely have drowned. They acted bravely and immediately and saved them just in time. 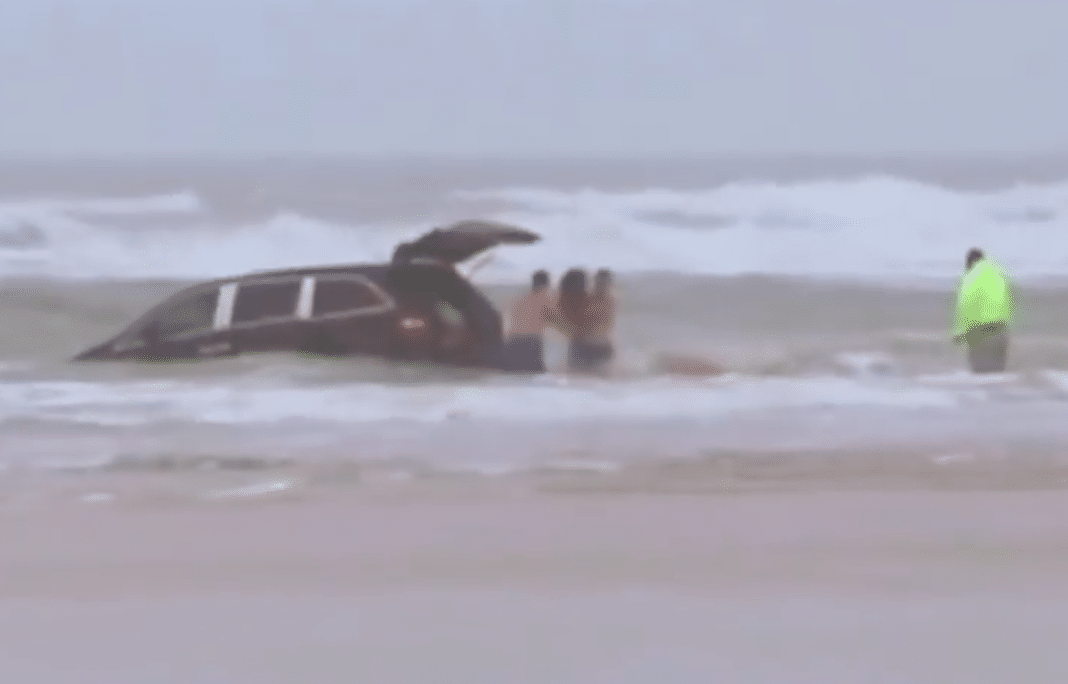 The van was hit by waves just as the last child, a 3-year-old girl, was rescued from a car seat. Seconds later, a lifeguard still in the vehicle barely got out in time as the waves pulled the van under.

CNN reported that a woman, whose name they didn’t disclose at the time, had been stopped by Daytona Beach Police earlier in the day after her sister called the police to express concern for her mental state. The woman, who was later revealed to be Wilkerson, told the police that she was concerned for her own safety and worried her ex-husband would harm the kids. Meanwhile, the kids sat smiling in the back seat, without any indication they were afraid or upset.

After talking to her, the officers determined Wilkerson couldn’t be held under Florida law, although they were concerned about her possible mental illness. Two hours later, she was driving her minivan into the surf.

After the dramatic rescue, the kids were taken into custody by the state, as investigators tried to determine Wilkerson’s motive for driving into the Atlantic Ocean on March 4, 2014. She was later charged with three counts of felony child abuse but eventually found not guilty by reason of insanity.

In June 2017, Wilkerson was released from a state mental hospital and moved to a home in Daytona Beach, where she would receive round the clock monitoring by healthcare specialists and counselors.

Recently in May 2018, she was denied unaccompanied visitation with her husband and kids by a judge. Wilkerson objected to the judge’s decision, saying she had a “breakdown” in 2014 but that she had worked on issues and was no longer a danger to herself, her kids, or her husband. (See the video below)

See the videos below: