Hero Dad Jumps To Save Age 8 Son Falling From Balcony, Cushioning The Blow With His Own Body 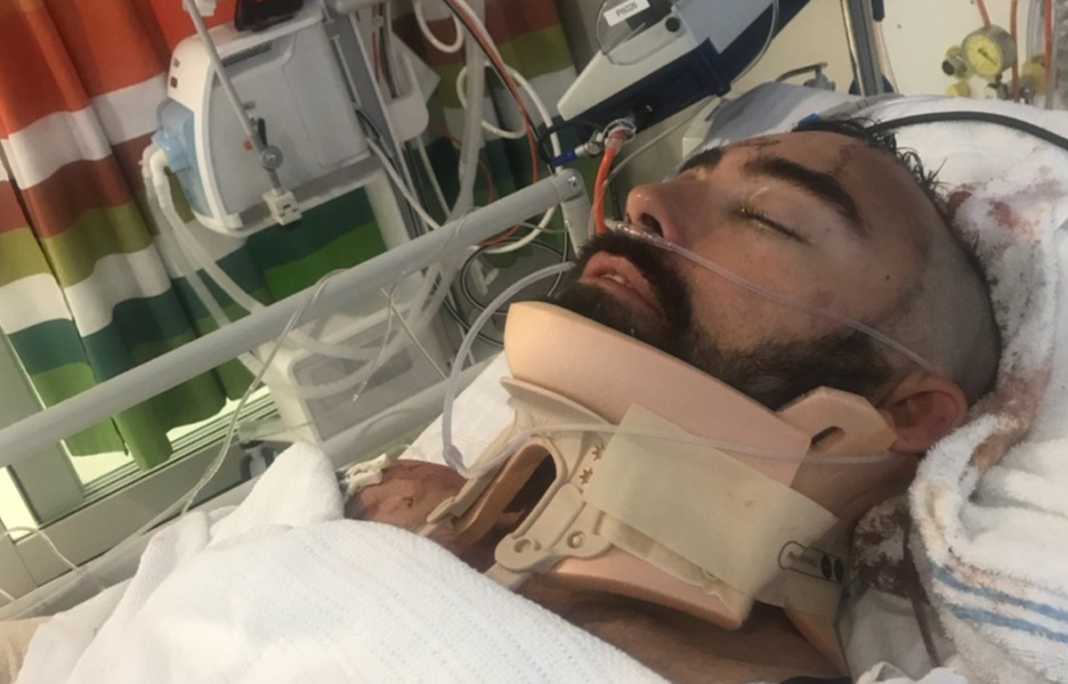 Brad Lewis, a heroic 42-year-old father of two from Australia, didn’t hesitate to jump from a 13-foot balcony to save his 8-year-old son, Oscar.

On August 4, they were at a friend’s house in Sydney playing with Nerf guns when Oscar fired darts that went over the balcony. The boy tried to reach out to retrieve a dart that had become stuck in a tree when he lost his balance and started to fall over the edge.

Brad reacted instantly, lunging to grab the boy to pull him back up. In the rush, he lost his balance and the two fell over. Brad reacted by wrapping his body around the boy, cushioning the impact.

“During the fall, Brad recalls that he made sure he pinned Oscar to his chest and curled around him so that he could take the brunt of the impact — not Oscar,” stated the GoFundMe page.

The two fell to the pavement below. After cracking his skull on the ground, Brad asked his friend:

“Don’t let them see me like this. Don’t let me die, mate,” Brad pleaded.

Brad suffered major injuries, including a concussion, bruising to his brain, a fractured skull and a fracture of his C6 vertebrae. He had to be airlifted to the hospital for emergency surgery. 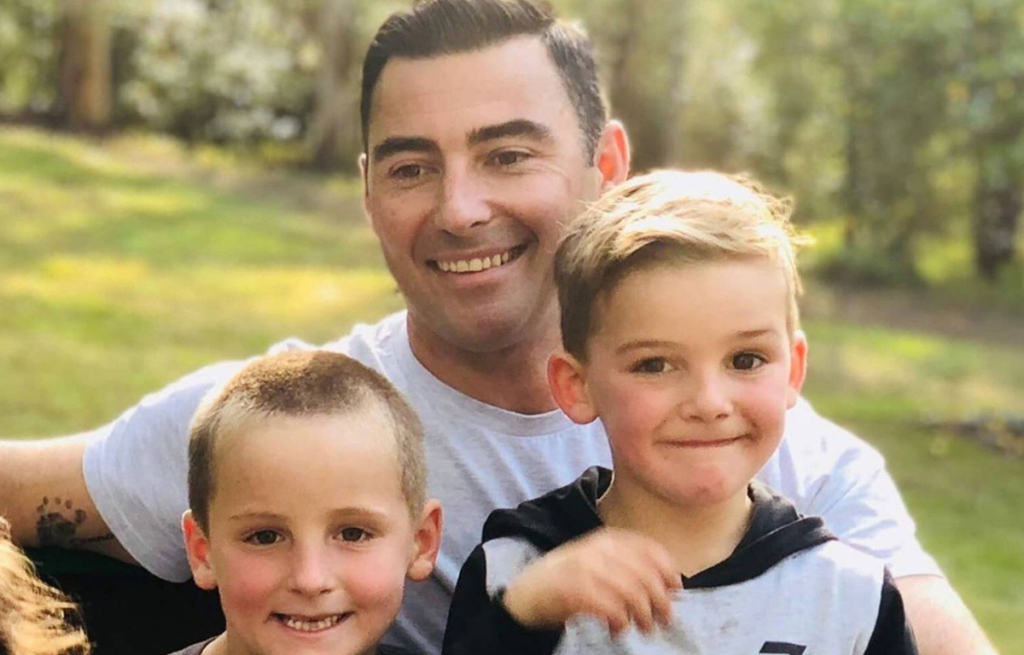 Brad Lewis with his sons, Oscar and Connor via YouTube

Oscar suffered a fractured skull, a concussion, and bruising to his brain, yet he would most certainly have died had his dad not cushioned the blow. He was momentarily knocked unconscious but would be ok.

Medics drove Oscar to the hospital for treatment and he was released. He remains traumatized by the incident and sleeps with a pile of pillows around him, fearing he may fall from the bed.

Doctors are amazed that Brad survived the fall at all.

“Doctors have expressed their astonishment that Brad is in fact still alive having sustained the injuries that he did.”

“If not for Brad’s heroic actions it is unlikely that his son, Oscar, would have been so lucky.”

The GoFundMe created to help the family deal with skyrocketing medical costs states that Brad has mad an amazing recovery himself, although a full recovery may take a year. 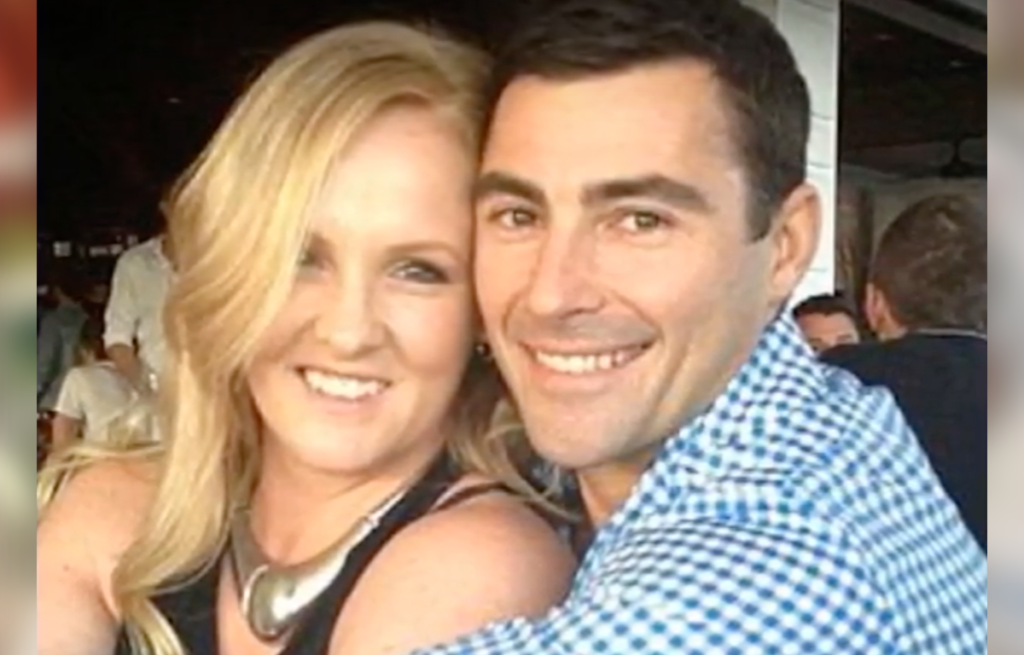 Brad with his wife, Suz

“Brad has left the Head Trauma unit of North Shore and has returned home to his beautiful family for what will be a long road to recovery. It really is quite a miracle that he can walk and talk. He is in good spirits but still has many debilitating injuries including his C6 vertebra, neck, ribs, back, achilles and of course his head injuries. The impact to his brain is still a bit of an unknown but we are praying that with good rest and recovery he will be the Brad we all know and love again very soon.”

Brad’s sons are happy to have Dad back at home.

He is a former officer in the Austrailian Army and is a deep-sea diver.

“The boys were so excited to have Daddy home. The one thing Oscar said he missed while Brad was in hospital was ‘his hugs.'” 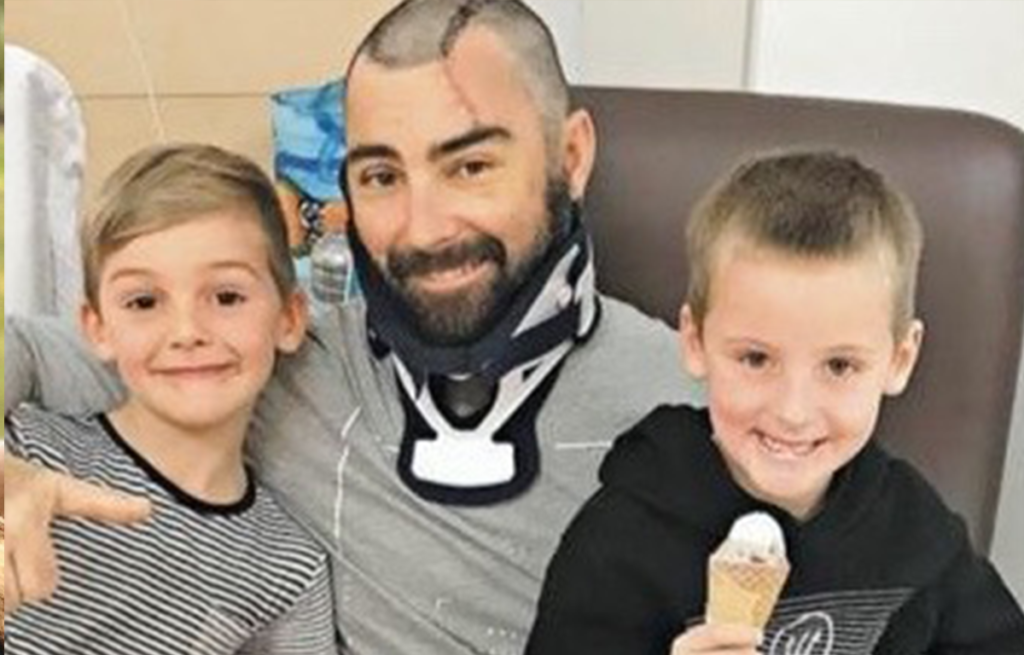