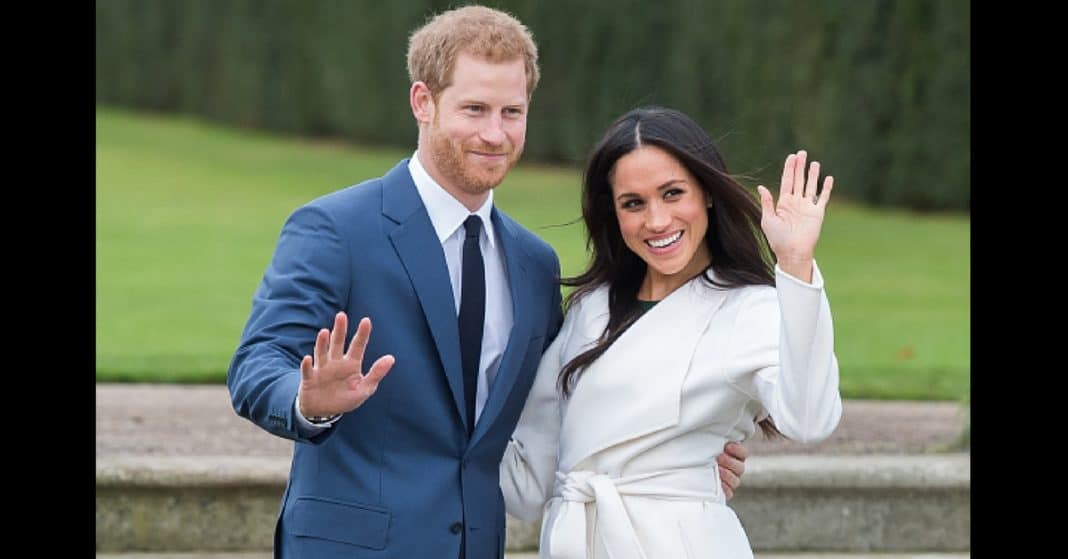 Prince Harry and Meghan Markle became engaged in October. The announcement was made two weeks ago by the Prince of Wales on social media.

“His Royal Highness, the Prince of Wales, is delighted to announce the engagement of Prince Harry to Ms. Meghan Markle.

“The wedding will take place in Spring 2018. Further details about the wedding day will be announced in due course.”

Following the announcement, Harry and Meghan did a photo call in the gardens of Kensington Palace and sat down for an interview with the BBC. They revealed specifics about how the prince proposed and how their relationship grew and developed.

“[We were] trying to roast a chicken and it just – just an amazing surprise, it was so sweet and natural and very romantic,” Meghan said, adding, “He got on one knee.”

The public has been eating up every detail they can get about the upcoming nuptials and thousands flocked to see the pair during their recent walkabout in Nottingham. But after Christmas, the public won’t see much of the duchess-to-be until the wedding.

According to Buckingham Palace, Meghan will spend the months leading up to her wedding traveling and spending time with friends and family before her life takes a royal turn in May.

Meghan also has much to do and learn before her spring wedding. She will receive training related to court customs and traditions and be briefed by the SAS on how to handle herself if she were to be taken hostage. She will also need to learn about the charities where she’ll serve as patron or president and all of the people associated with them.

Meghan will also need to adjust to having round-the-clock security. Her life will be regimented and managed. From trips to the hair salon and shops to public and private affairs, she will never be truly alone again.

We’re sure Meghan will do well in her new role. She’s been a strong advocate for women and gender equality for years and her time working with the U.N. has prepared her for the international stage.

It will be a big adjustment, but we’re sure she can handle it. And when things get tough, she’ll always have Prince Harry to lean on!

Are you excited for Prince Harry and Meghan Markle’s wedding? So share this!