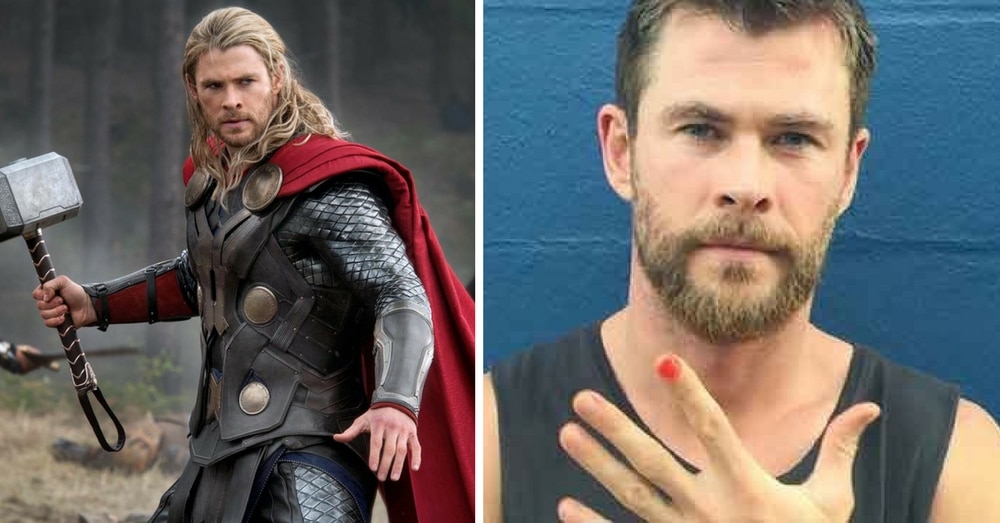 Actor Chris Hemsworth, best known for his role as Thor in the Marvel movies, posted a picture of himself with one of his fingernails painted, and the photo has since gone viral. It’s not the picture that is inspiring his followers, though, but the story behind it.

To find out why Hemsworth is painting his nail, we have to go all the way to an orphanage in Cambodia and a man named Elliot Costello.

When Costello visited the orphanage he met Thea, a young girl who had been forced into sex slavery after the death of her father. Thea’s heartbreaking childhood really struck a chord with Costello.

“What really should have been a safe passage was anything but,” he said. “It struck me.”

Costella and Thea didn’t speak the same language, but they could still interact by playing games with each other. It was while they were doing this that Thea began to draw all over Costello’s hands, and that’s when he got an idea to help bring awareness to and end sexual abuse toward children.

Costello started the Polished Man Project, a movement which encourages men to paint one of their fingernails to bring awareness to the plight of children around the world who are victims of sexual abuse.

And that’s where Hemsworth comes in.

He was so impressed with the idea that he decided he would join in. In two Instagram posts that have since been liked hundreds of thousands of times, Hemsworth shared pictures of himself with his nail painted bright orange and explained to his followers why this issue is so important.

I just signed up to the @YGAP @polishedman campaign! One in five children fall victim to physical and/or sexual violence, before they turn 18. That’s one too many. For the month of October, I’ll be painting one nail to represent this statistic and raise awareness and funds to end violence against children. Sign up today at www.polishedman.com and donate !#polishedman # Thanks to @laurapanton for all her incredible work !!

“One in five children fall victim to physical and/or sexual violence, before they turn 18. That’s one too many,” he wrote on one post. “For the month of October, I’ll be painting one nail to represent this statistic and raise awareness and funds to end violence against children.”

In another post he said, “Being a @PolishedMan isn’t just about remembering to buy flowers, how many rounds you shout, or how much you lift. It’s about saying no to violence against children.”

I’m a @YGAP #polishedman Being a @PolishedMan isn’t just about remembering to buy flowers, how many rounds you shout, or how much you lift. It’s about saying no to violence against children. That’s why this October I’m painting my nail and asking you to donate to help the 1 in 5 kids globally who are subjected to physical or sexual violence before they turn 18. And I nominate @liamhemsworth @zacefron @robertdowneyjr @renner4real @markruffalo @twhiddleston nail it to end it. Become a polished man here www.polishedman.com @auschildhood , thanks to @laurapanton

Since posting his pictures, several other celebrities have joined him in the campaign, including his brother Liam Hemsworth and fellow actor Zac Efron.

The campaign is directed at men since 90 percent of all child sexual abusers are men. The goal is to rescue children and help them with trauma relief and to change the awful statistics on abuse.

So far the campaign has raised over $657,000 dollars, and it’s still going! If you would like to join the movement, you can sign up or donate here.

Are you glad to see this major Hollywood actor take a stand against child sexual abuse? So share this!