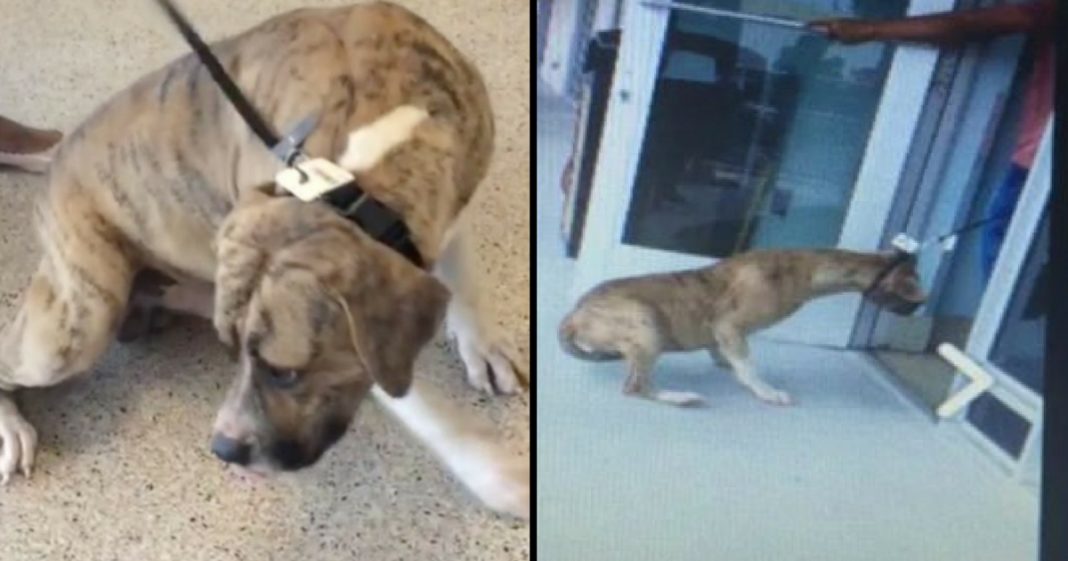 It was one of the most heartbreaking things Christina Dickson had ever seen. She was working at an animal shelter in Miami, Florida, spaying, neutering, and vaccinating stray animals when she saw a woman come in dragging a dog behind her.

The woman said she was surrendering her dog to the pound, but it was clear the dog knew what was happening and didn’t want to go.

As he tried to pull himself back, the woman explained that she had another dog at home and the two of them did not get along, so she had decided this dog needed to go.

Christina tried to explain that they could neuter the dog for free, which could help the situation, but the woman said her husband didn’t want to do that and she had already made up her mind.

It’s hard for us to imagine just dumping a pet, especially one that is already part of the family. Christina was heartbroken as she watched the scene unfold.

The dog, an American bulldog named Tito, is now waiting at the shelter, hoping that someone will love him and rescue him.

Christina is determined to see that happen, which is why she is sharing his story with as many people as possible. Tito deserves love and a family, especially after the heartbreak he has endured.

If you or anyone you know would be interested in giving Tito a loving forever home, please contact Miami-Dade County Animal Services at 305-884-1101 for more information. Tito’s identification number is ID#A1878910.

Do you want to see Tito find a new, loving home? So share this!