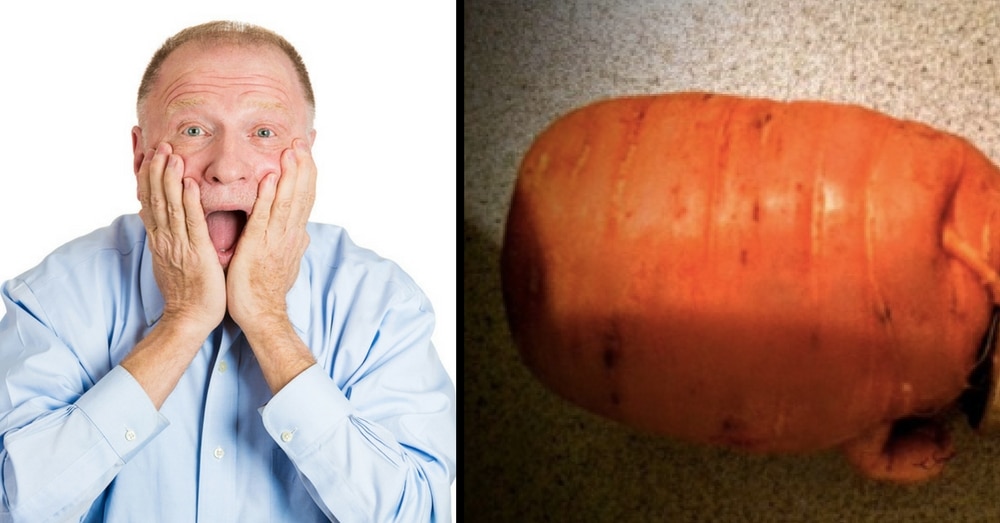 An 82-year-old man in Germany and his wife had just celebrated their golden anniversary when his wedding ring went missing. He searched everywhere for it, but he could not find it.

His wife assured him that it would turn up somewhere, but years went by and he had still not found it.

Sadly, his wife passed away and the heartbroken widower was devastated that he didn’t even have his ring to hold onto as a keepsake.

Then one day, about six months after his wife’s passing, the man was pulling up carrots in his vegetable garden when he saw something that left him stunned.

There was his wedding ring, embedded in the middle of one of the carrots!

Apparently he had lost the ring while gardening and it had sat in the dirt for years. Thankfully, this one carrot fatefully made its path down in the dirt through the ring so it and the widower could be reunited!

Were you amazed to see what had happened to this man’s precious wedding ring after all those years? So share this!