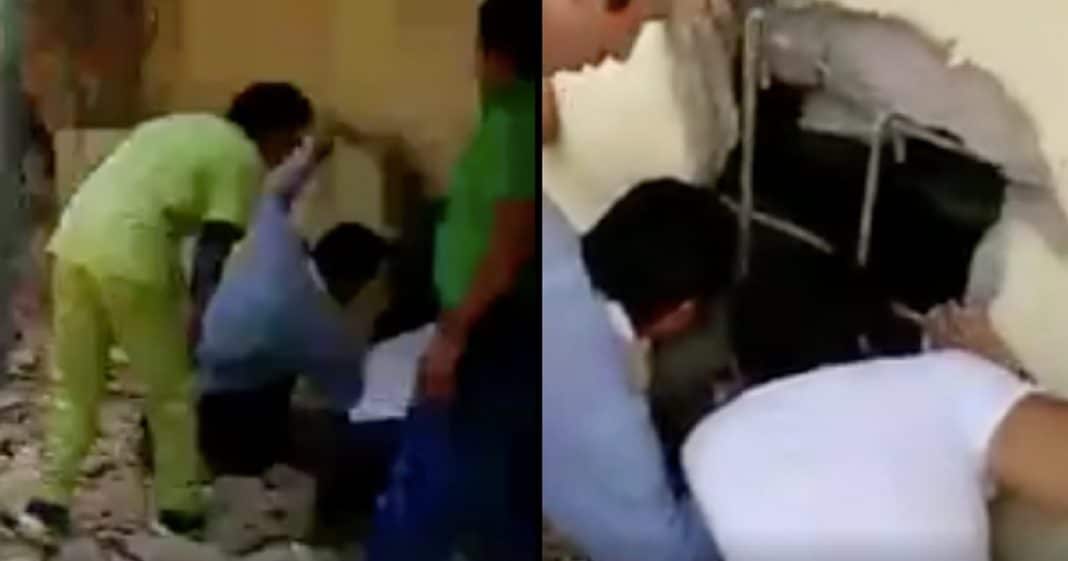 A quick scan of the news the past couple of weeks is enough to break your heart. It feels like our world is falling apart – hurricanes, floods, fires, and earthquakes have ravaged every corner of the earth.

In Mexico, a series of earthquakes have shaken the country to its core, most recently a 7.1 magnitude earthquake which struck about 90 miles southeast of Mexico City on Tuesday. At least 237 people have already been confirmed dead.

Several schools were destroyed in the wake of the earthquake. As heartbroken rescuers pulled bodies from the rubble, the situation seemed hopeless. Rescuers at the scene of the Enrique Rebsamen school in the Coapa district of Mexico City pulled out 25 lifeless bodies. Twenty-one of them were children.

They thought everyone at the school had died. But then one of the rescuers heard a sound coming from a nearby hole. At first, it was faint, but as he got closer he could hear the unmistakable cries of children.

He yelled for the other men to come help him. A video shows the men moving heavy pieces of rubble away from a hole in a wall and pulling the terrified children to safety.

Eleven children were saved from the rubble. Eleven families got to see their babies again and hug them close.

Our hearts break for those who have lost loved ones in this terrible tragedy and for those who are still anxiously waiting for word about missing family members and friends. The devastation is indescribable and it will take years for the country to recover.

On Wednesday, Mexican President Enrique Peña Nieto declared three days of national mourning for the victims of the earthquake. He called the quake “a new national emergency” and said “the priority now is [to] continue rescuing those who are still trapped and provide medical attention to the injured.”

Coincidentally, this earthquake occurred on the 32nd anniversary of the country’s 1985 earthquake, which killed 10,000 people.

Our thoughts and prayers are with the people of Mexico as they deal with this terrible tragedy. We are thankful for the lives that have already been saved and pray many more will be recovered.

Many organizations, such as The Salvation Army and The Red Cross are on the ground helping those affected by the earthquake. Click the links to find out how you can join them in their work. You can also go here to find more ways to help.

Will you join us in keeping the people of Mexico in your thoughts and prayers? So share this!