The Heartbreaking Story Behind This Viral Newborn Photo 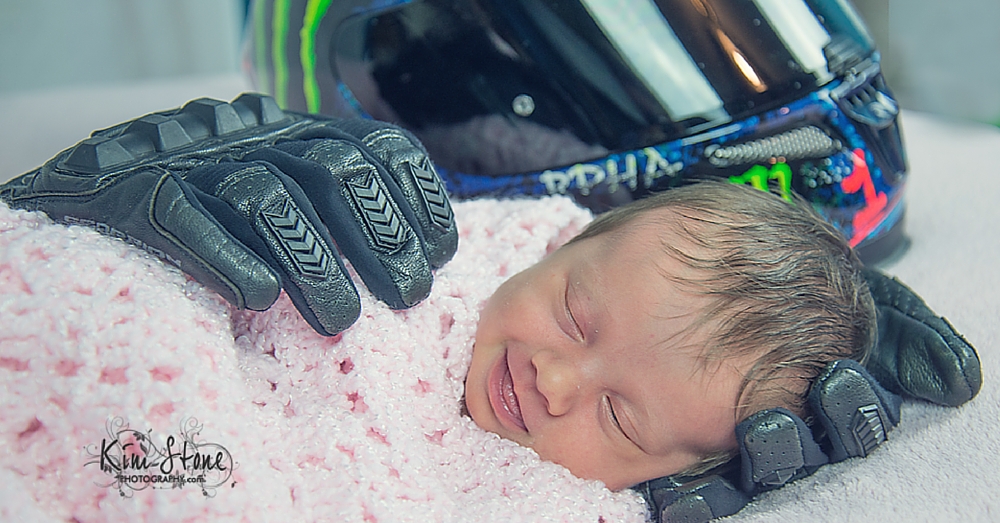 A sweet picture of a baby smiling while being held in her dad’s motorcycle gloves has been going viral lately, and while the picture is precious, there is more to it than what first meets the eye.

Sadly, baby Aubrey’s father, Hector, was killed just one month before she was born.

Hector loved riding his motorcycle, but he always made sure to wear his protective gear. “He wanted to make sure he was safe. He couldn’t take any chances with a new baby girl on the way,” the caption on the photo reads. He couldn’t wait to meet his daughter.

But before he could do that, he was killed by someone he thought was a friend. His body was found at an after-hours hangout for motorcycle enthusiasts.

After Aubrey was born, her grandmother asked photographer Kim Stone to take some pictures of the newborn incorporating some of Hector’s passions. They decided to take some photos with Hector’s motorcycle gear.

“I wrapped the baby in her swaddle, a blanket her great-grandmother had made,” Kim said. “I laid her there and put the helmet next to her. Then as soon as I laid the glove under her head, she began to smile.”

“I hadn’t even set up the lighting or anything else, but I grabbed my camera,” she continued. “Kathryn [Williams, Aubrey’s mom] was standing behind me, sobbing.”

Baby Aubrey seems to know she is safe in her father’s hands, even if he cannot physically be there to hold her.

“A viral photo is not what I was seeking,” Kim continued. “I just wanted to bring comfort to mom.”

Kathryn wrote a note to Kim, telling her, “I will screenshot the page in a few weeks and I’ll print it off for her to show her the WORLD prayed and wept for her and mommy and daddy. That God moved the WORLD for us. That daddy made an impact even after he was gone and that would be his dream. Every prayer from another is one less weight for me to carry. It’s one more piece of peace I have and one less tear I shed.”

“I do this everyday,” Kim said. “But here, something special happened.”

Were you touched by this sweet photo and the story behind it? So share this!