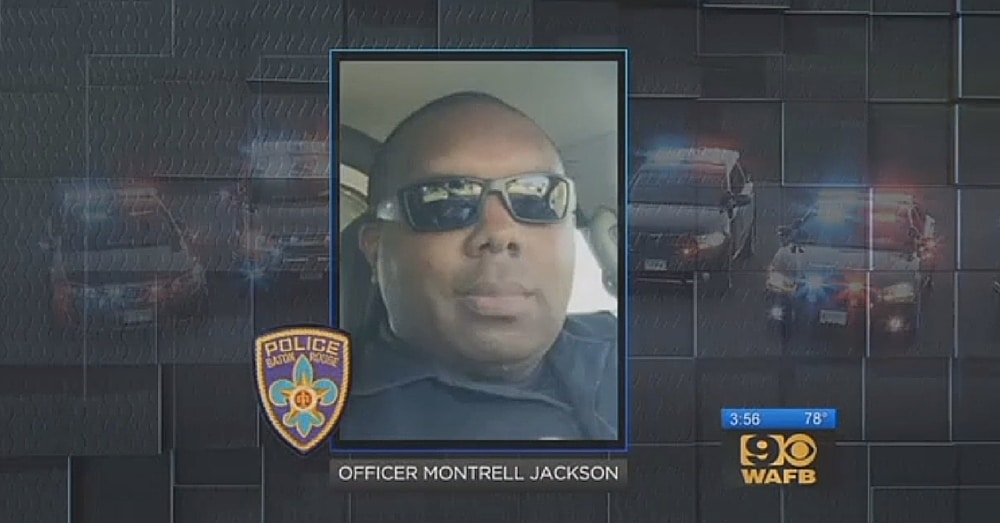 Black men getting shot by police. Police getting shot by black men. The media and people from both sides of the political aisle going at it on a daily basis, in an endless debate about #BlackLives and #BlueLives.

These are just some of the things that may have been on Officer Montrell Jackson’s mind when he opened up his heart in a Facebook post on July 8.

The new father was reflecting on a tumultuous few weeks in news, that saw bloodshed hit the cover of thousands of papers and websites across the world. Two of his fellow officers were at the center of much of it, after a man  man named Alton Sterling was killed while police pinned him down in an effort to arrest him. Sterling had a gun on his person, in compliance with Louisiana’s open carry laws.

Like many police shootings, the incident was caught on camera, and tensions were high in Louisiana.

On Facebook, Jackson’s attempted to reconcile the anger and strong emotions from his friends and family after such a painful few days.

“I’ve experienced so much in my short life and these last 3 days have test me to the core,” Jackson wrote.

“These are trying times. Please don’t let hate infect your heart. This city MUST and WILL get better.”

On Sunday, Jackson was one of several officers who responded to a report of a “suspicious person” armed with a rifle. When they arrived at the scene the officers were ambushed with gunfire from Gavin Long of Kansas City.

Three officers were killed including Jackson.