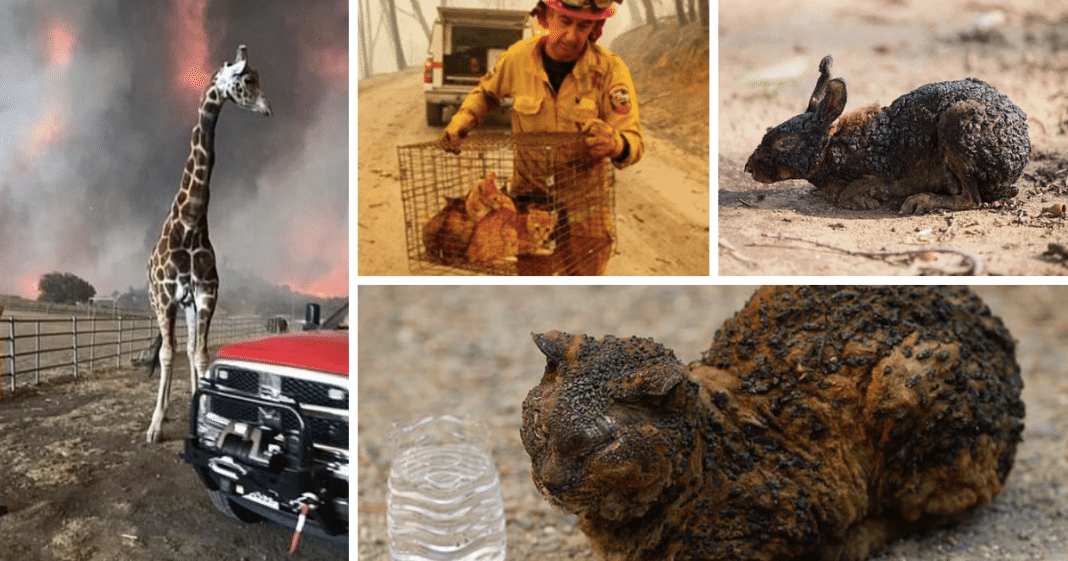 During difficult times and tragic events, it’s easy to forget that it’s not only human beings who suffer. Pets and wildlife also suffer.

A heartbreaking story of a sweet little cat has come out of Paradise, California. Recent wildflowers have destroyed many homes and at least 42 people have died, along with countless animals. But this story is particularly heartbreaking because the world thought the little cat had a chance.

A horrifying photo surfaced, showing the cat hunkered down in agony. She was discovered near a residential area in Paradise. 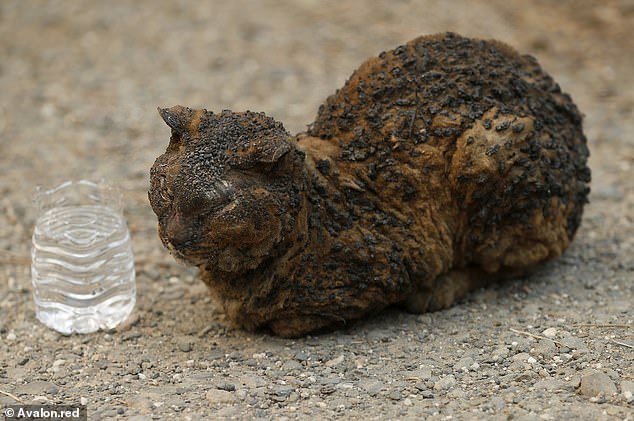 Nicknamed Billiegirl, the cat was rescued by a local animal activist group that was helping to reunite pets with their owners.

Volunteer veterinarians with the rescue organization Veterinary Angels and The Little Angels Project created a “mash” tent at Pierce College, where they’re treating as many injured and displaced animals as possible. 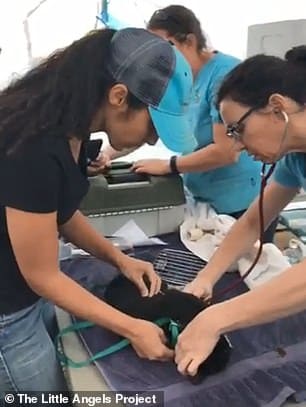 Courageous people have even been seen rushing into burning buildings to rescue animals, such as a man who ran into a burning barn to release horses.

Sadly, many animals had to be evacuated from shelters that were ordered to evacuate. These animals were put with foster families, and thankfully, all were able to get out.

This man rescued a litter of kittens.

Actress Sandra Bullock donated $100,000 to The Human Society of Ventura County. They posted this on their Facebook page.

Our efforts for rescuing and caring for evacuated animals from the Hill and Woolsey fires had caught her [Ms Bullock’s] attention and her team reached out to the shelter to show their support,’ the organization, which operates in southern California, wrote.

Sandra Bullock and her family have reached out to other nonprofit organizations both during this incident and in the past.

However, this time she wanted to contribute to those on the frontline rescuing animals in peril and hope others will choose to do the same.

The HSVC pledges to care for these animals for as long as is needed or until their owners feel comfortable in safely reuniting their families.

Other animals were burned badly and were seen scrambling to try to find safety. This rabbit is one of them. 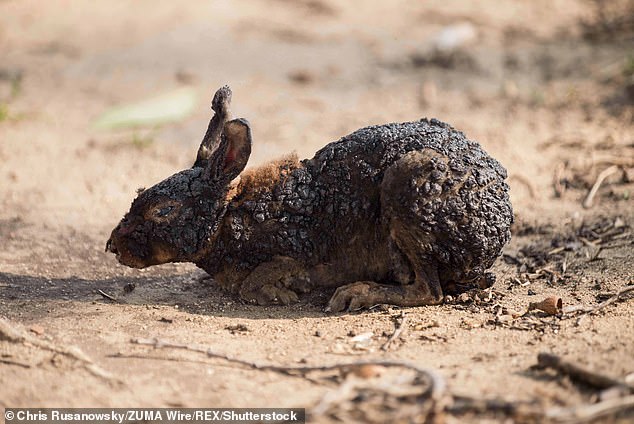 Often not taken into consideration are zoo animals and exotic animals owned by ranches like Saddlerock Ranch, which is owned by Malibu Wines. This terrifying photo of a giraffe is shocking in its implications. How do you quickly move a giraffe? As it turns out, this owner did not move the giraffe, and Malibu Wines has been slammed by Khloe Kardashian and other celebrities for their heartlessness. 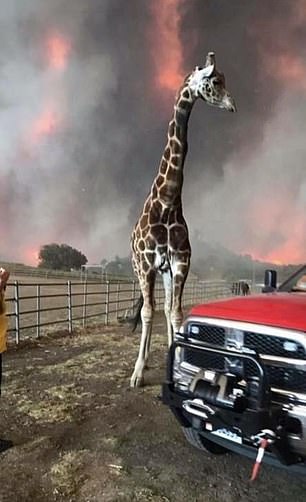 Saddlerock Ranch later claimed in a statement that the animals were being evacuated but this has been disputed by activists. They visited the site on Saturday and Stanley, the giraffe, was still in his pen.

As animal lovers and pet owners, out hearts are breaking for these gentle creatures who perished in the wildfires. Many residents had to leave their home in such a hurry that they were unable to rescue their pets, but not just their housepets. Horses and farm animals have been abandoned, too.

With all of the heartbreaking news, there is also some heartwarming news. Thousands of animals have been rescued. Watch this video.

We know that families are grieving their beloved animals as family members. May the sweet creatures rest in peace.