He Hears Scream And Dog Takes Off Running. When He Gets There Realizes He Just Saved A LIfe 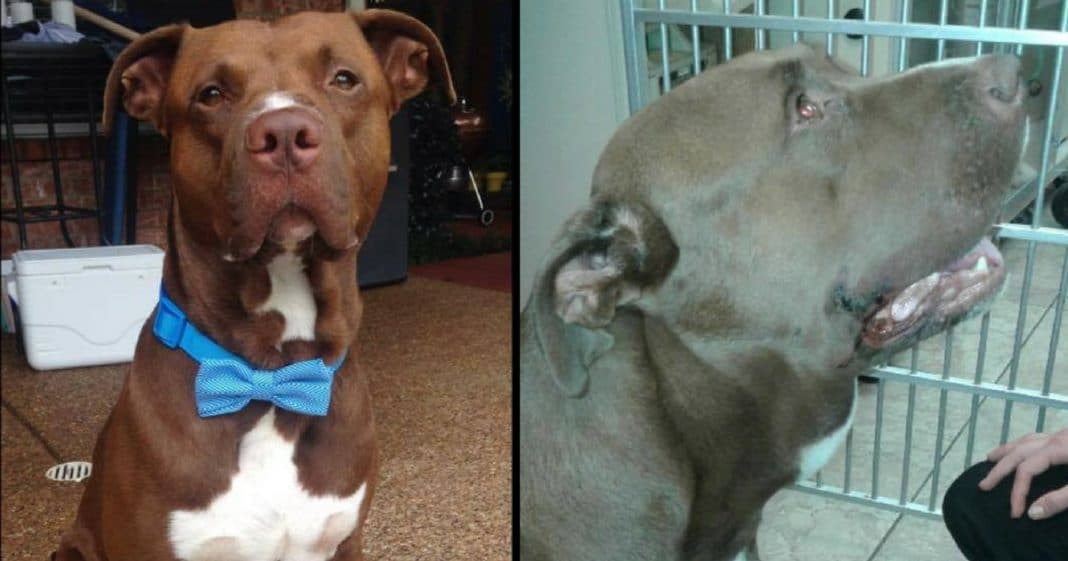 Shelby had prepared for a peaceful late evening walk with his pit bull Hurley. He likes to go at night because the local field where he takes Hurely is normally vacant of other dog traffic then and he can let Hurley off his leash.

It was 10 p.m. when the duo began their short journey to the field. As they arrived, though, a piercing scream came from across the field. As soon as he heard the chilling sound, Hurley took off running toward it.

Shelby followed behind Hurley as fast as he could. Upon arrival, he found Hurley standing next to a terrified young boy. The dog had a copperhead snake in his mouth.

It didn’t take long for Shelby to figure out that Hurely had just saved the young boy. As he discovered later, the boy had unknowingly come across a copperhead nest. Had Hurley not rushed to his aid, who knows what could have happened.

Copperhead snakes are pit vipers, much like rattlesnakes and water moccasins. They are some of the more common snakes in North America and get their name from their copper red colored heads. Out of all the snakes in North America, the copperhead is the most likely to bite. Although their venom is relatively mild and their bites are rarely fatal for humans, a bite to such a young child could cause damage and much pain.

As the boy was rushed away by his mother to be checked for potential snake bites, Shelby noticed that Hurley was bleeding, had a swollen neck, and was foaming at the mouth. Upon closer inspection, he could see that Hurley had some puncture wounds on his skin.

He rushed Hurley to the Denton Animal Emergency Hospital to be checked over. Thankfully, Hurley was able to fully recover from this incident with the snake.

The outcome of this story could have been much different had Hurley not been there. Thank God for this heroic dog and his willingness to put his own life in danger to save another.

Do you agree that Hurley is a hero? So share this!