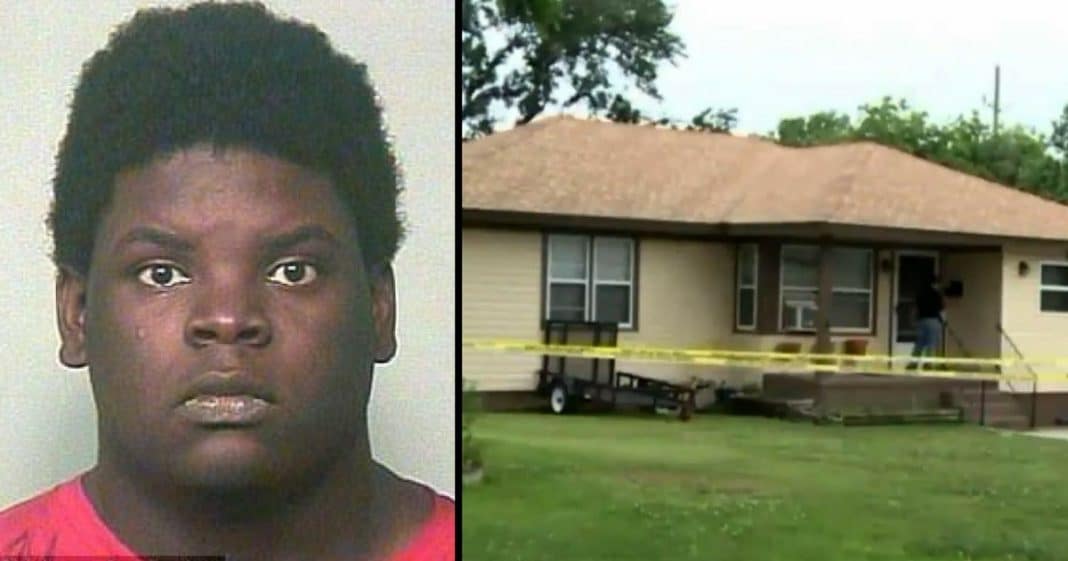 Nothing could ever prepare Cash Freeman for the scene he walked in on Friday afternoon, but his quick thinking and brave actions in the midst of a horrifying situation have since had people all over the country hailing him a hero.

Cash was at his home in Ada, Oklahoma, when a young girl came running to his door, pleading for help. He quickly followed her to the house next door where he found a scene that left him cold.

A man was holding Cash’s neighbor at knifepoint while he tried to drown her 3-month-old twins.

As Cash later found out, the knife-wielding man was 27-year-old Leland Foster. He had shown up at the home where his estranged wife, Michelle Forrells, was staying with their twins. He then pulled his family into the bathroom and held Michelle at knifepoint while he attempted to drown their babies.

Thankfully, the homeowner’s 12-year-old granddaughter was at the house at the time and she quickly ran for help. That’s when she found Cash, who grabbed his revolver.

As soon as Cash entered the house and saw what was going on, he knew he needed to take action. He shot Foster in the back twice, killing him.

The infants, who were born prematurely, were air-lifted to a hospital in Oklahoma City. Thankfully they have recovered and are “doing great.” They were both released Saturday.

Investigators are looking into the case to ensure the shooting was justified and see whether Cash should face any charges for what he did, but most people seem to agree he did the right thing that day.

Do you agree Cash is a hero for what he did that day? So share this!