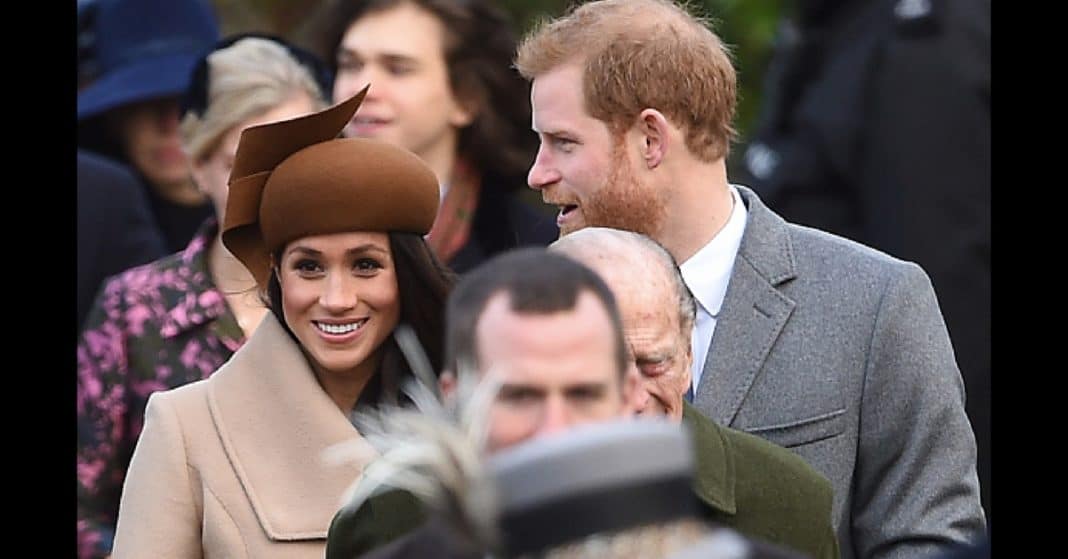 On Tuesday, Prince Harry stepped in as guest editor for the BBC’s Radio 4 Today program. He was interviewed about his Christmas holiday where his fiancee, former Suits actress Meghan Markle, joined him and several members of his family for the Christmas holiday.

Earlier this month, Meghan joined 50 of the queen’s nearest and dearest for a grand lunch at Buckingham Palace. Her presence was a first for the royal family as fiancees haven’t previously been invited to this luncheon. The queen made an exception with Meghan because her family lives far away in the United States.

Meghan was also the first non-royal to be invited to the very intimate and family-centered Christmas festivities at Sandringham. Catherine Middleton, now The Duchess of Cambridge, wasn’t allowed to attend the Christmas celebrations until after her 2011 wedding to Prince William.

Embed from Getty Images
Some people thought Meghan would have difficulty adjusting to her new royal surroundings, but it appears they were wrong. She was a huge hit with the crowds who waited outside St. Mary Magdalene Church just to watch the arrival of the royals.

Meghan walked arm-in-arm with Prince Harry as people cheered. She joined William, Kate, their children, Prince George and Princess Charlotte, the Prince of Wales and Duchess of Cornwall, and Prince Philip and the Queen for the church service before retiring to Sandringham. Later in the day, the family watched the queen’s 2017 Christmas broadcast where Her Majesty talked about the importance of home and family.

During his interview with the BBC, Prince Harry praised his future wife for how well she adjusted to the royal holidays. He also spoke of how much his family adores Meghan.

“The family loved having her there,” he said. “We had an amazing time staying with my brother and sister-in-law and running around with the kids.

“It’s like the family she’s never had,” he continued. “It was fantastic having her there. There’s always that family part of Christmas, there’s always that work element as well, and I think together we had an amazing time.”

Can you imagine Harry and Meghan running around with George and Charlotte? How adorable! Harry’s definitely a kid at heart and Meghan likes having fun too.

The prince joked about the numerous royal family traditions he had to explain to Meghan and said she handled it like a champ.

“I think we’ve got one of the biggest families that I know of and every family is complex as well so she’s done an amazing job, getting in there,” he said.

Are you happy to see Meghan fitting in so well with her future family? So share this!