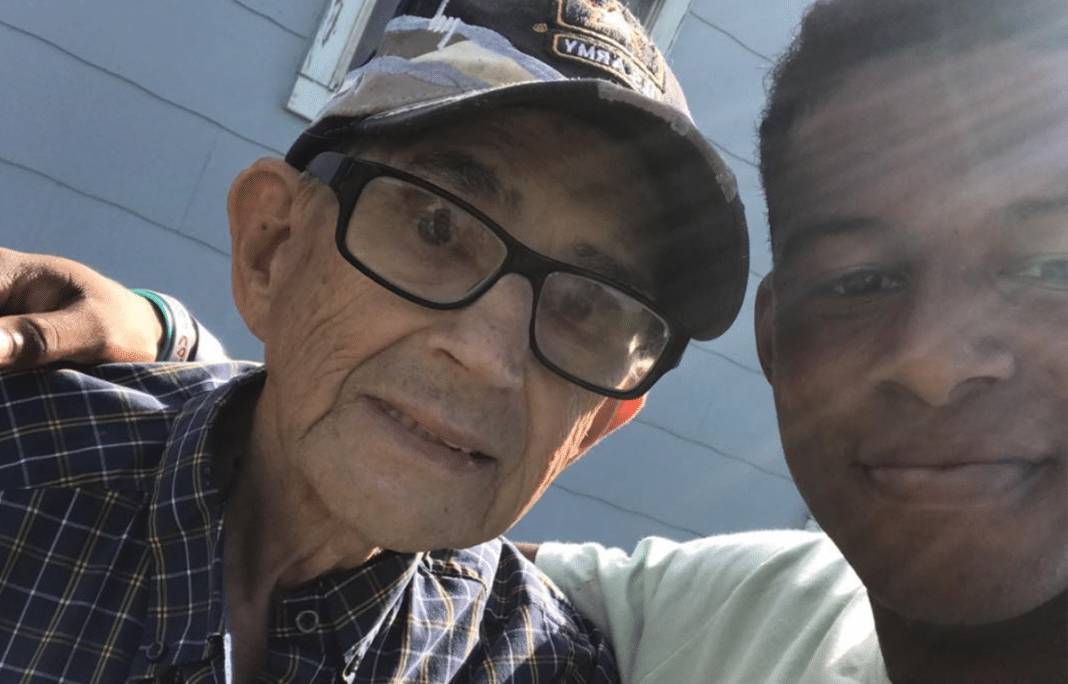 An elderly veteran, Milton Lowe was recently diagnosed with lung cancer. Then his beloved German Shepherd named Bo, which he’d had for 14 years, died. He would somehow have to find a way to bury the large dog’s body, but he had no shovel. He took a trip to the hardware store in Cleveland, Mississippi.

That’s when he finally had a change of luck, meeting the man below.

19-year-old college student Sam Coleman-Dancer approached Lowe to help him and started a conversation. When he learned that the older man would be outside digging in the hot weather, he knew he had to do something to help.

“I thought of my grandfather who has been a little under the weather and I thought that if it was my grandfather and I was not there to help him out, somebody offering to help would be amazing,” said Coleman-Dancer. “So more on an emotional level, where I felt that it was my duty to help Mr. Milton Lowe.”

Coleman-Dancer offered to come over to Lowe’s house after his shift ended to dig the burial site, which he did. When he arrived at the home outside of Cleveland, he learned that Lowe had cancer and needed his help even more than he had realized.

Lowe had to seek treatment in Memphis. His wife was a cancer survivor, and he was raising two of his three sons who are mentally ill.

Coleman-Dancer’s help was invaluable at just the right time for the veteran, and all he wanted in return was a picture to remember his good deed. He said the day had turned out to be “once of the best days of both of our lives.”

A picture was all he wanted in return:

“He asked me how can he ever repay me and I told him.. by taking this picture with me because I will spend the money, but I will cherish this picture forever!”

But more than a picture, Lowe shared some invaluable advice with his new friend as well:

“He said good things come to you at unexpected times. He said always do the right thing and you will be repaid!”

The Ace Hardware store was thrilled to hear about what their kind-hearted employee had done, and shared the picture on Facebook:

I have to brag for a minute. This older gentleman came into the store yesterday looking for a shovel. He proceeds to…