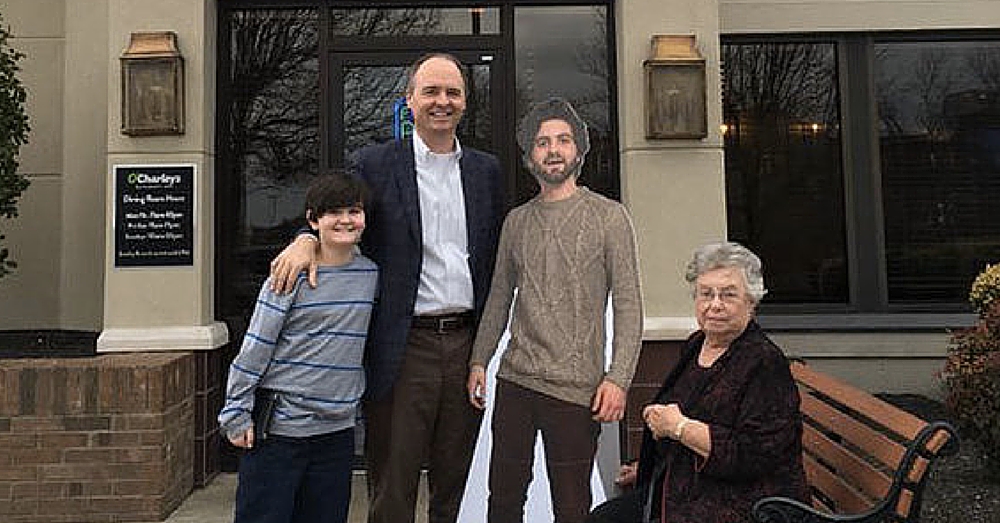 The apple never falls far from the tree.

When Belmont University student, Dalton Ross, decided to leave his hometown of Nashville, Tennessee, to study abroad in London last January, he came up with what he thought was a hilarious idea.

“I was settling in and wasn’t talking to my mom as much,” Ross told The Huffington Post. “So, I thought it would be funny if she got an unexpected package that was a life-size version of me.” 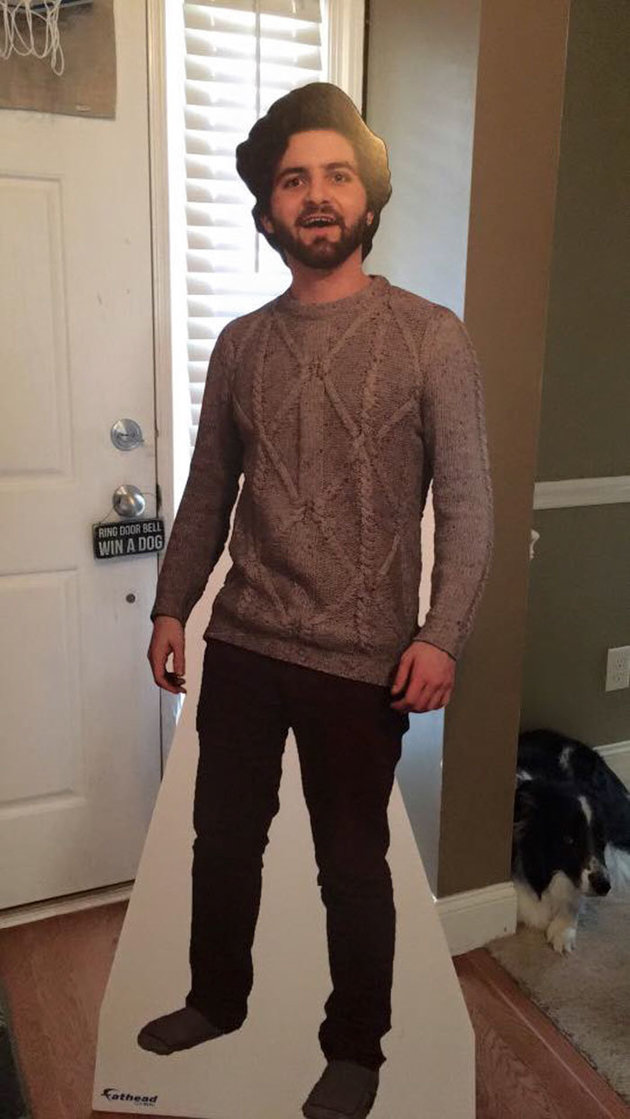 The cutout of Ross.

When Susan Talley, Ross’ mom, got the package, she decided to prove that she had a sense of humor as well by taking her cardboard “son” out to a basketball game and snapping a picture of it: 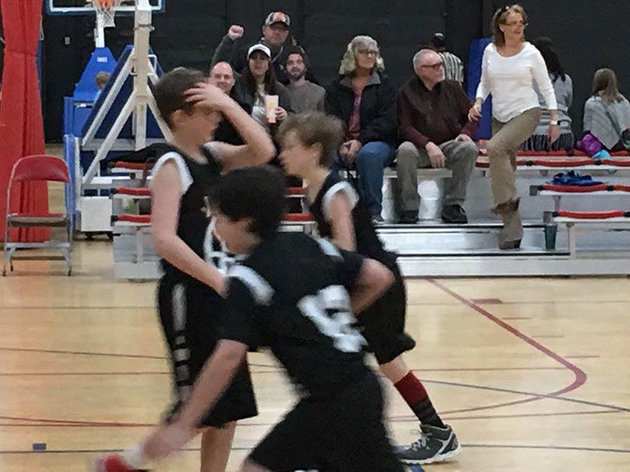 Talley didn’t stop there, either. She decided to take the cutout of Ross to a whole slew of events like a family dinner, a day out at the batting cages, a game of Frisbee in a field and even Easter brunch: 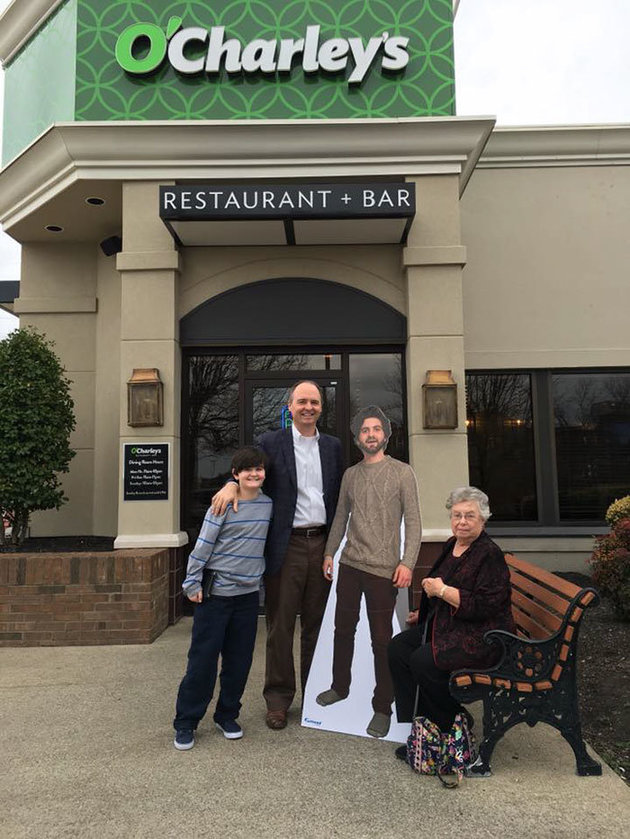 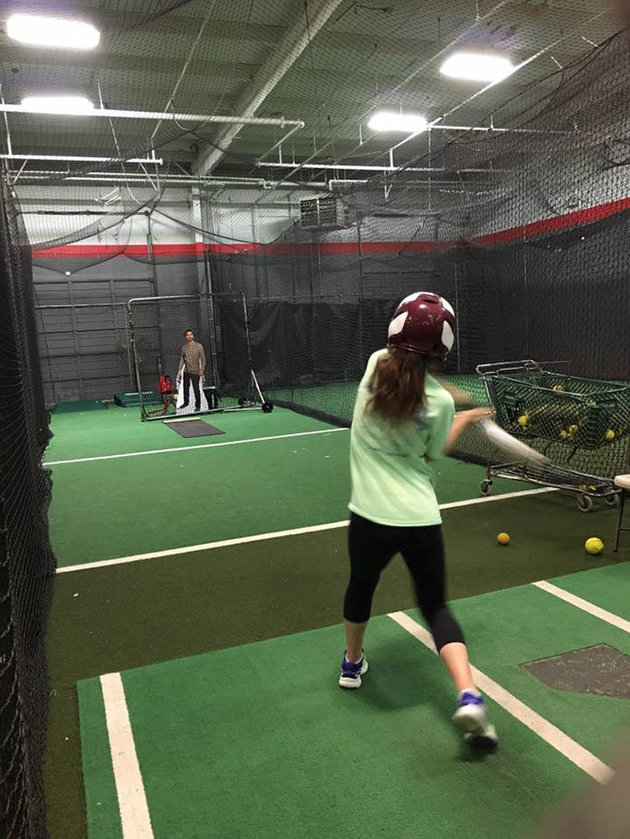