Owner Puts Video Camera On His Dog, Chilled To The Bone When He Looks At Footage Later 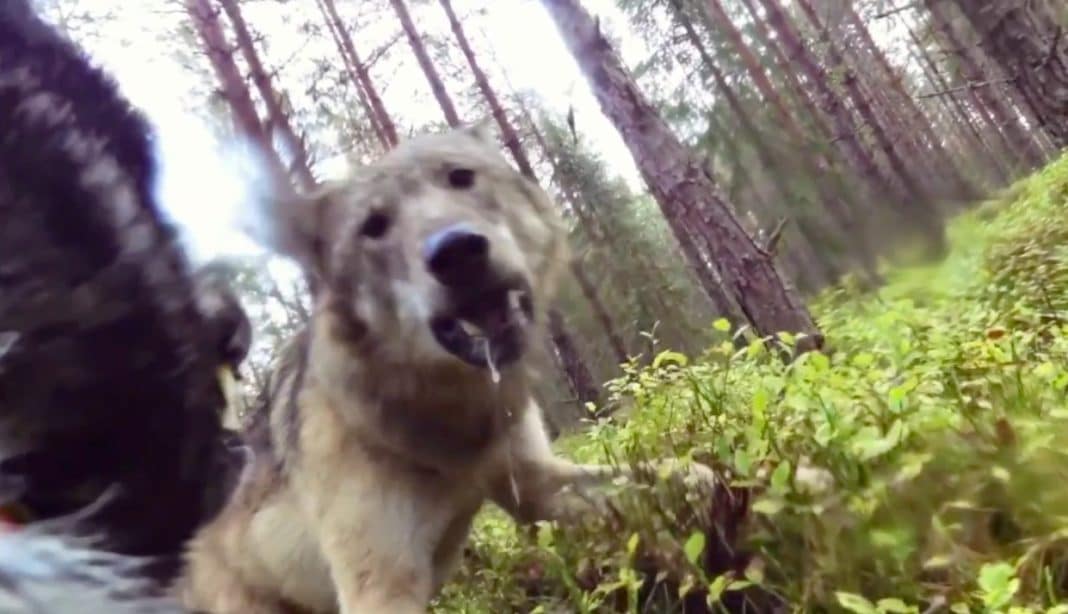 Not all animals, domesticated ones, in particular, get the freedom to roam around as they please and venture off into the open world. A lot of dogs, especially, stay in a house the majority of their lives. When they are not limited to the walls of a home, they are released outside just to be restricted by a leash.

While I am sure they get used to this, and that it isn’t all bad for all house dogs, it is always nice to see a dog be free. Some owners have been able to train their dogs to know when and how and where to come back home.

According to a story posted by Top Buzz, Tommy Berglund decided to allow his dog, Klara, to experience this kind of trust and independence. One day when going hunting for moose, he strapped a GoPro to Klara’s back and allowed her to explore the woods ahead of him. He wanted Klara to enjoy her opportunity to be a free animal. Going hunting wasn’t an unusual hobby for the two, but he never expected to witness what his poor Klara went through during her day out.

Minding her own business, she encountered an angry wolf who was not ready to let Klara stomp on its territory without a word first. Despite its evident strength and courage, Klara stood her ground, not intimidated by the wolf at all as they participated in a stare-down.

This tactic seemed to work at first because the wolf eventually left. Klara was able to go on about her adventure — but then she felt the energy of an opponent lurking.

The wolf was back.

Letting her know she was not afraid, Klara growled and revealed her teeth to the wolf. The predator took a leap in Klara’s direction, and that still didn’t scare Klara off.

After wrestling a little bit, each animal putting up the best of their own, the fight was over. She appeared to finally be free after all.

Unfortunately, this was not the case. The wolf returned, and with company. The wolves all had their share of fighting with Klara, and not once did she give up.

It is so sad that Klara’s day out had to involve this…but I am glad to know that she did make it out alive, even if it was close call. I hope that all is well now and that something like this never happens again.

You can watch the video below.