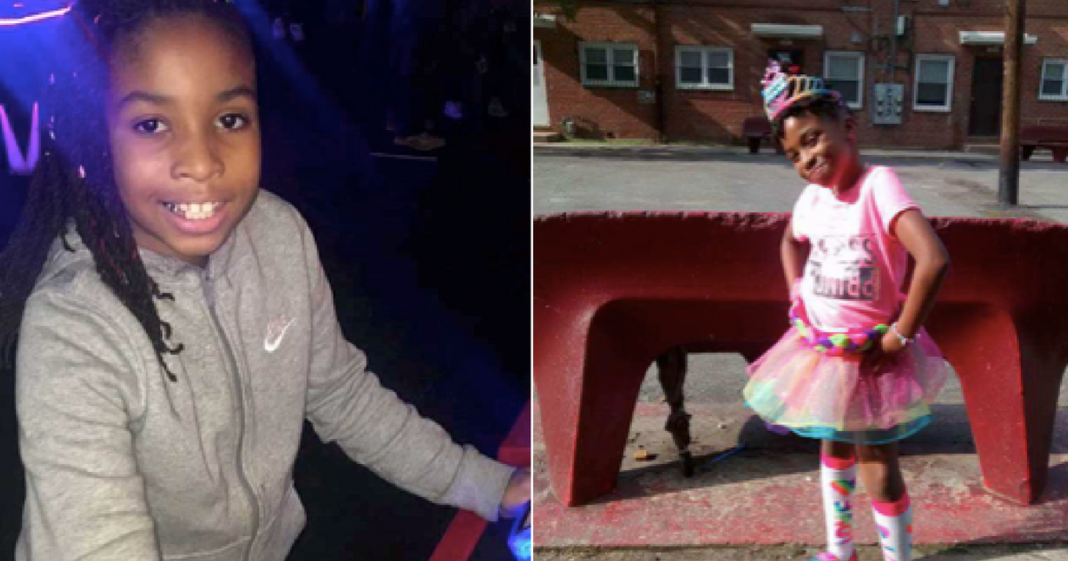 Ten seconds changed the lives of a community and took the life of a 10-year-old girl, Makiyah Wilson. For no known reason, four masked suspects drove into a Northeast Washington D.C. apartment complex, Clay Terrace, on Monday evening, got out of a black Infiniti, and shot 50-70 shots into a crowd of 15-20 people for ten seconds. Then they got back in the car and drove away.

Heartbreaking: 10-year-old Makiyah Wilson was outside playing near a group of 15 to 20 people, including children, in a NE courtyard when four men got out of the sedan and started shooting. https://t.co/rxKxz63g1h pic.twitter.com/39iWa49xGU

Makiyah Wilson was returning from a swimming pool and was going to get ice cream. She was shot in the chest and died on her front stoop after trying to comfort her mother. She had just celebrated her 10th birthday a few days before.

‘I held my baby. The whole time she was saying: “Mommy calm down. It’s burning.” She was trying to get me to be calm,’ Donnetta told NBC4 in an emotional interview on Wednesday.

‘When she passed and took her last breath she was laying right there in front of her doorway. I saw blood, I saw my baby. I panicked. I don’t really know what to do at this point.’

The video below shows her days before she would be senselessly killed.

A D.C. artist created a portrait in honor of her memory:

"She made her presence known. She was not shy at all," one teacher said. Makiyah Wilson, 10, was killed tragically after four men jumped out of a car in NE D.C. and began shooting into a crowd. https://t.co/W0IYn3giJo#DC artist @DemontPinder created this portrait in her honor. pic.twitter.com/Cwg1li1PoE

Makiyah had plans to play on the school basketball team when she entered the fifth grade this fall.

Makiyah’s older sister was shot in the arm. Four adults were wounded, with one in critical condition at a trauma center in Baltimore.

One of her teachers remembered her as a bright, talented, and caring student.

“She was extremely affectionate, she was very vibrant, excited,” said teacher LeAngelo Emperator. “I know we were trying to recruit her for our girls’ basketball team for fifth grade, so she was looking forward to that happening next year.”

The police speculated on why the shooting took place, but the suspects remain at large. A $25,000 reward is offered for any information that will lead to their arrest. The car was recovered in the Suitland area of Prince George’s County.

We have too many illegal guns on our streets and in our neighborhoods. Yesterday, individuals using them took the life of Makiyah Wilson. It is a tragedy, and we need your help bringing them to justice. #EnoughIsEnough pic.twitter.com/mbZqfrN7Bo

“They probably don’t even know who they killed until they saw the news,” said D.C. Councilmember Vincent Gray (D-Ward 7). “I really can only speculate of course, but I think it was probably some retaliatory behavior that was going on.”

BREAKING: Photos of Makiyah Wilson, the 10-year-old D.C. girl killed in a quintuple shooting not long after her birthday. (Courtesy of the family) Story: https://bit.ly/2NXVekD