Groom Runs Away From Newlywed Table In Middle Of Speech. When I Saw Why…Holy Moly 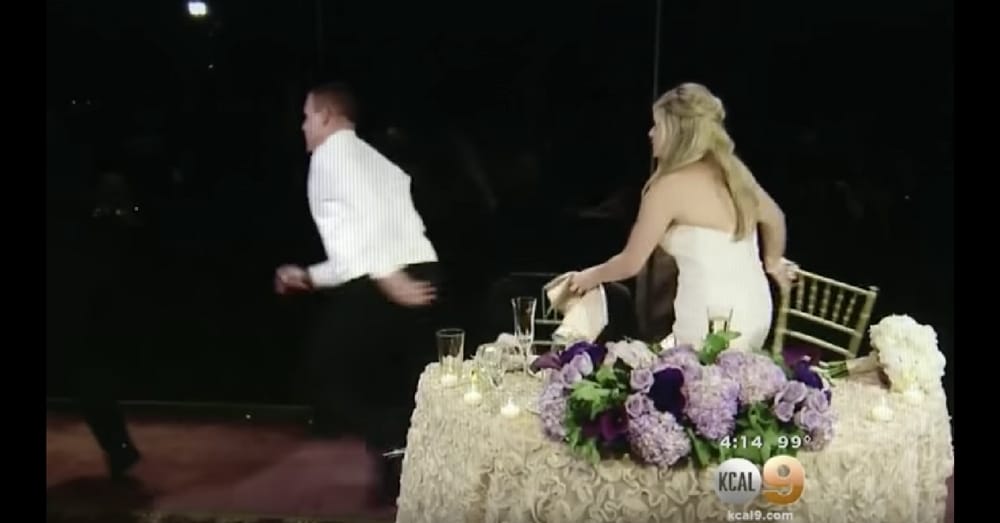 “If I’m ever in a position where I need a fireman to help me,” said one of Cody and Kelly Campbell’s wedding guests in a heartfelt speech, “I hope it’s you, or I hope it’s someone like you.” Little did he know how true those words would ring just moments later.

Cody had followed in his father’s footsteps and become a fireman. He works in Los Angeles, and anyone who knows him knows what an honorable and hard-working man he is.

At his and his new wife’s wedding reception, Cody’s father (and best man) was in the middle of a speech saying how proud he was of his son becoming a firefighter when the unthinkable happened. In an ironic twist of fate, one of the wedding guests started choking.

Without missing a beat, Cody leapt from his chair and ran to help the woman. Using the Heimlich maneuver, he was able to dislodge the steak that was caught in the woman’s throat and the wedding continued on as planned.

Some of the guests thought the whole thing had been staged – the room was full of firefighters that night, so they thought they could have planned an elaborate prank. But the couple insists it was all very real.

On the dance floor later that night, the woman came up to Cody and thanked him for saving her life. If she had to pick a location to start choking in, she definitely picked the right place!

Thankfully, everything turned out okay in the end. One thing’s for sure – this wedding reception was one none of those guests will ever forget!

Were you amazed by this groom’s heroic actions in the middle of his own wedding reception? So share this!