Grandparents Watch Slideshow Of New Grandson, Have No Idea He’s Right Next To Them 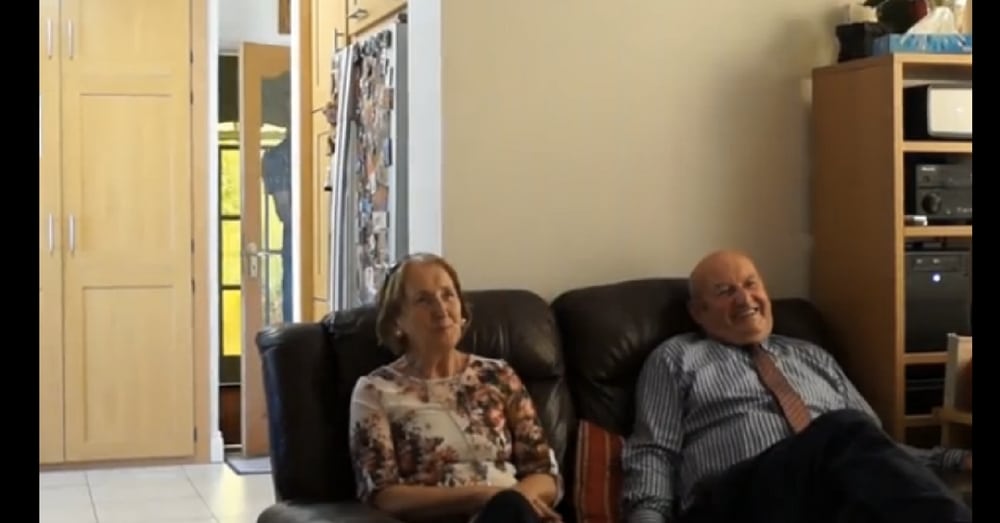 There are few things we love better than a well-executed surprise, and we love it even more when the surprise is captured on video so we can all share in the joy!

This surprise that John O’Regan planned for his parents is one of the sweetest we’ve seen!

John is originally from Ireland, but he has been living in Australia for 10 years. While there he met his fiancée, Claire, and the two of them just welcomed their first baby, Niall.

John and Claire told his parents they were going to come to Ireland so they could meet their new grandson, but the pair decided to come a week earlier than they had said so they could surprise them.

With the help of some other family members John prepared a slideshow for his parents to watch. They sat down in the living room and were delighted to see pictures of baby Niall doing all sorts of “baby things,” like snuggling with his parents and taking his first bath. Little did these excited grandparents know that baby Niall and his parents were waiting quietly in the room right next to them.

As they watched, though, something in the video tipped them off to the surprise…

Click below to see the sweet surprise reunion for yourself!

Did you love this surprise John planned for his parents as much as we did? So share this!