She Asked Grandmothers To Wear Matching Outfits To Her Wedding. When I Saw Why… Tears 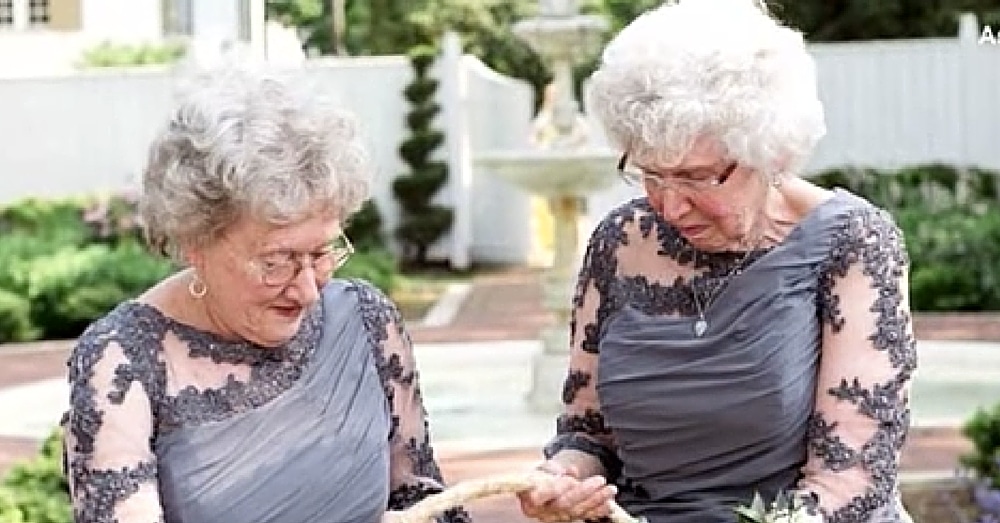 Maggie’s father passed away from cancer in 2013, so she planned to have her grandfather walk her down the aisle. In her bouquet was a locket with her father’s face in it, so it was like having both of these special men walk with her.

While her grandfather’s role was covered, Maggie still wanted to find a way to have her and Josh’s grandmothers be part of the ceremony. That’s when she came up with the beautiful idea of having both of them serve as flower girls.

The grandmothers – 75-year-old Joyce Benedict and 74-year-old Drue Fitzgerald – happily agreed. The pair wore matching gowns and carried a basket that Maggie had made herself, tossing white rose petals on the path as they walked in front of the bride.

The special moment was caught on film by photographer Ashley Elizabeth, and has since gone viral.

Check out these “flower girls”!! The bride and groom honored their grandmothers in this way. Easily one of the sweetest wedding moments I’ve ever witnessed.

A photo posted by Ashley Elizabeth (@ashleyelizabethphoto) on Jul 6, 2016 at 6:23pm PDT

The grandparents were obviously very touched at their inclusion in the festivities. Maggie said she has never seen her grandparents more joyful than they were at the wedding reception, and Ashley added that the pair “didn’t stop beaming the entire day.”

56 years of marriage, and they still love to sway on the dance floor. Their son (the bride’s father) passed away from cancer three years ago, but we all know he was smiling down on them! This sweet grandfather proudly walked his granddaughter down the aisle. And you may recognize this adorable granny from my “grandma flower girl” photo which been circulating around the internet. These two didn’t stop beaming the entire day. #ashleyelizabethphoto

Having their grandmothers serve as flower girls was a gesture of love and respect that some might say was unnecessary, but one that made Maggie and Josh’s day extra special and a memorable one for everyone involved.

Were you touched by the special way Josh and Maggie included their grandmothers in their wedding? So share this!