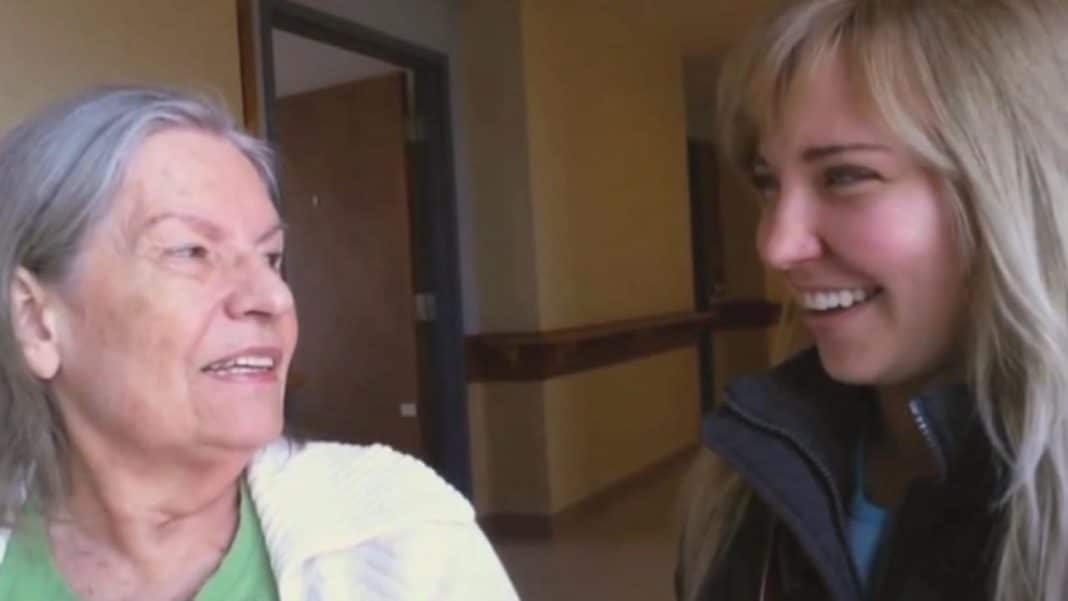 Watching someone you love waste away is one of the hardest things we must endure in life. To see a loved one who was once vibrant and talkative, loving and animated fade away hurts. But video can capture those precious memories when they are all you have left.

Mary-Lou Versteegh was one of the millions whom dementia’s cruel clutches ensnared; she couldn’t recall the names and faces of her daughter and granddaughter and other members of her famly. the disease stole Mary-Lou’s ability to care for herself and do the day-to-day tasks we can take for granted. there was one memory Alzheimer’s couldn’t erase: The words to the classic song, “You Are My Sunshine.” The tune was a favorite of Mary-Lou’s and one she always sang to her grandchildren.

Her granddaughter, Nicole Coenen, is in film school. She documented the progression of her grandmother’s illness, but the video also captured precious moments between grandmother and granddaughter. Nicole included montages of her singing the song to her grandmother; sometimes, her grandmother would sing along. And other times, she’d lay in her bed with her eyes closed, letting Nicole’s voice and hands sooth her.

Nicole mentioned how singing the song could help jog her grandmother’s memory: “She would forget who I was, but she always remembered the words of that song,” Nicole said. “And then she might start to remember other things. It would trigger her memory.

“It was a way of bringing her back because she would always brighten up. I had no idea it would do that.”

Throughout her life, Mary-lou withstood and survived much heartache and loss. She lived in the Netherlands during World War II. She cared for her father and mother. Both struggled with Alzheimer’s; the disease took her father while her mother died of cancer.

Mary-Loue always feared she’d also inherit the dreadful vile illness. She became proactive, going back to college where she learned to become a support worker for those with Alzheimer’s. She then looked after dementia sufferers.

And then it started. Mary-Lou began to lose parts of herself. She was tired and forgot things. Sadly, she was diagnosed with Alzheimer’s. She told her daughter, Patty, but begged her to keep it a secret.

“So we did everything in our power not to let people know what was happening because she was very embarrassed about it, ’cause she never wanted this illness,” said Patty, who is Nicole’s mother.

To Nicole, her grandmother’s illness wasn’t a big deal at all: “I just didn’t understand why people didn’t see that she was, she was still here,” she said. “She was still 100 percent my grandma, and she hadn’t changed as a human being or anything. Like, she was sick, but that was it. She wasn’t different.”

God bless Mary-Lou. She lost her battle with Alzheimer’s late last year. Nicole received an A for the beautiful video she created with her grandmother. What a sweet love song for such a beautiful woman.