Widowed Grandma About To Lose Her Home, Then Dozens Of Strangers Show Up To Fix Everything 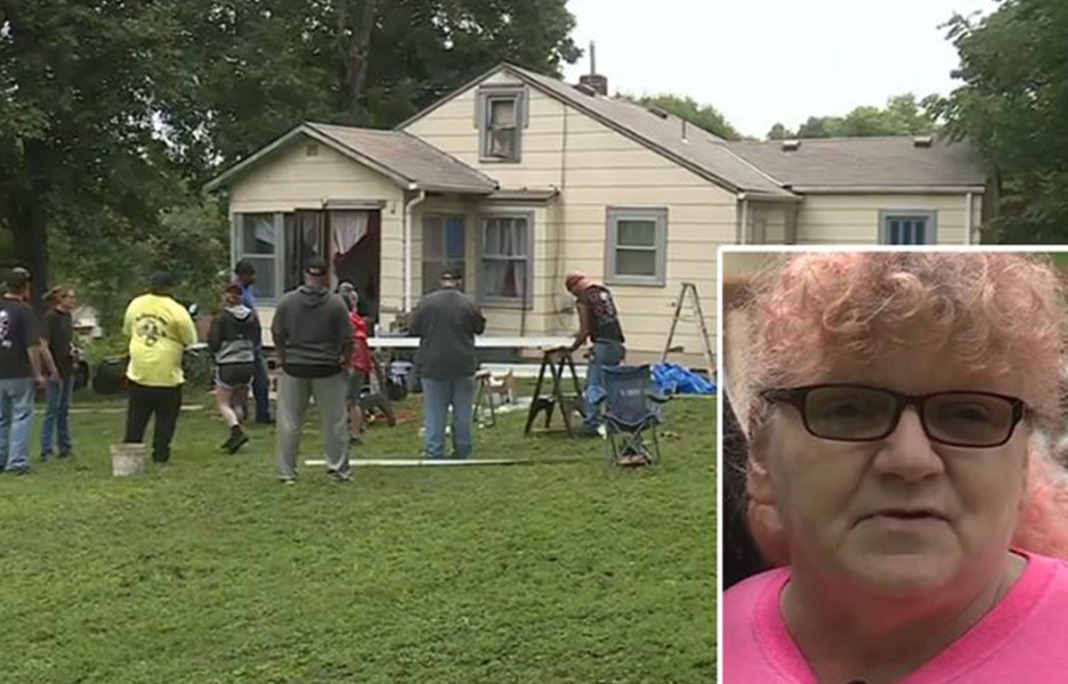 Gina Gibson, a grandmother from Independence, Missouri, was just four weeks away from losing her home, which would have taken away everything she owned.

The home had fallen into disrepair, and the city was about to condemn the building, but she couldn’t afford to get the many necessary repairs.

“About eight or nine years ago, my stepdad passed away, and she bought the home with life insurance, and it’s pretty much all she has, Thurman told KMBC News.

For Gibson, what mattered the most was having a place to visit with her grandkids.

“I just need a place where the kids can go to Grandma’s. You know, that’s important.”

The home needed repairs to the gutters, garage, and siding. That’s when she decided, she had to ask for help.

Then, about thirty members of the United Auto Workers Union Local 249 Motorcycle Committee showed up with all the tools they would need to save the grandma’s home.

Gina's home was in danger of being condemned… Until, 30 strangers stepped in to help.<3 This heartwarming story will air at 6 pm tonight!

“When we heard about this, we knew we had to step in,” said union member, Gary Thomas.

“This world needs helpers. It really does.” 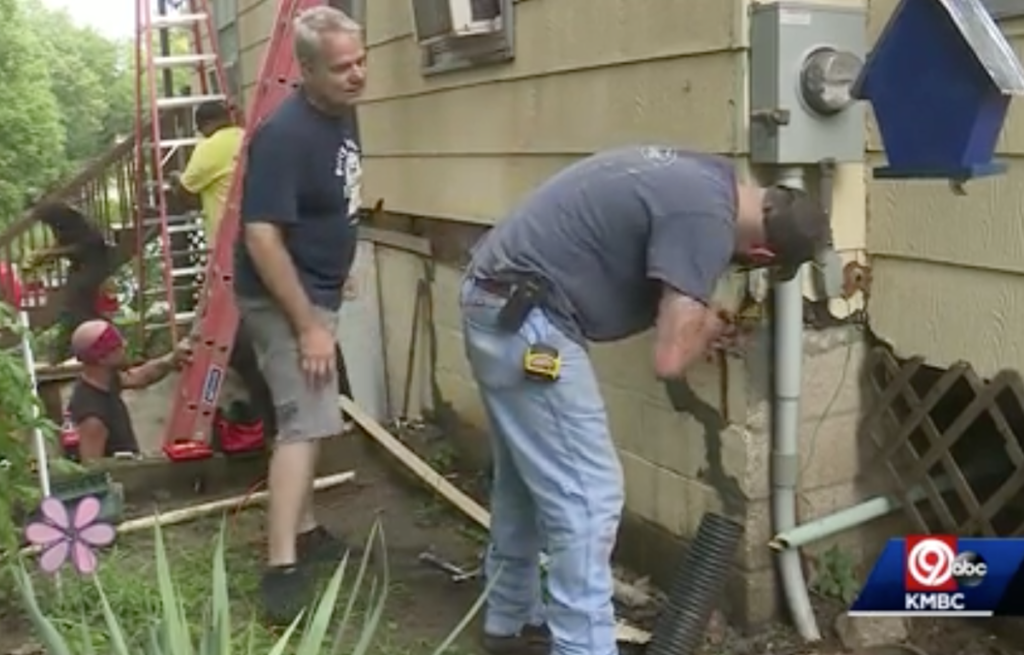 Gibson explained that their efforts had touched her so deeply that she cried.

“Happy tears. You know, I was kind of not believing in people anymore, and so this restored my faith in human people, and it’s pretty cool,” said Gibson. 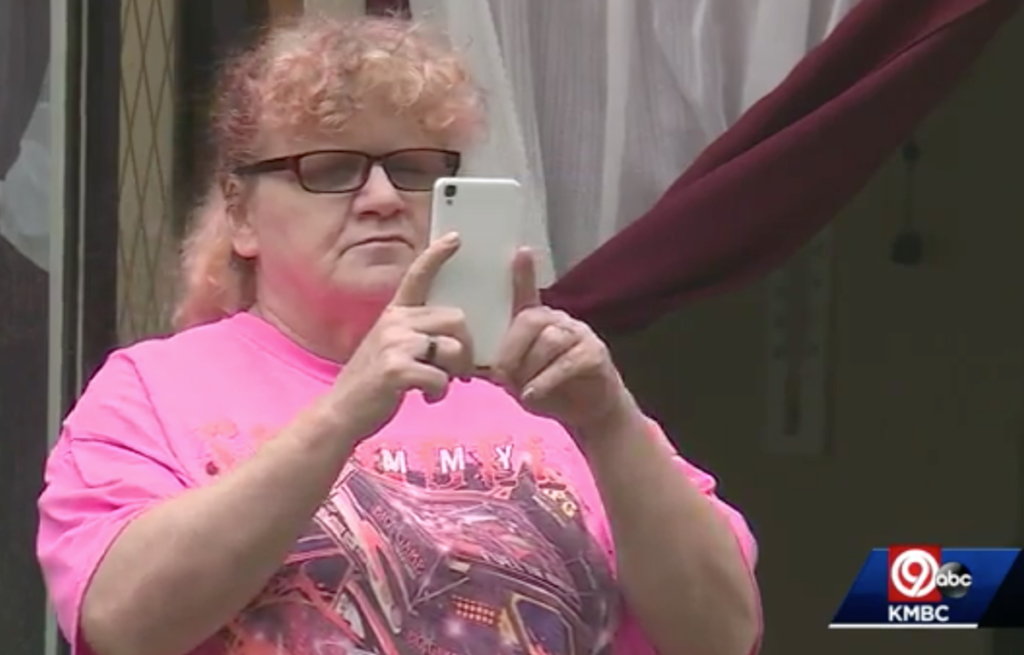 Gina Gibson stops to take a picture as the volunteers fix her home, screenshot via KMBC News

Her son, Thurman was also overcome with the act of generosity and kindness:

“It’s amazing. These people…there are that many people with big hearts just want to help my Mom.”

One of the volunteers said they had an “indescribable” feeling in helping save Gibson’s home.

“It just makes you want to go and do the next one. It really does…”

Gibson reported that she will be able to keep her home, thanks to the kindness and hard-work of men she didn’t even know.

The men who showed up to help said they did it for the sake of giving.

We are just grateful for the opportunity to help. Our members understand that we must give, not for repayment, but for the sake of giving.

Now, they have continued their good work, helping out another family with much-needed home repairs as well.

Solidarity isn't just a word. It's an action that is meant to be repeated almost daily. When a member of our great…