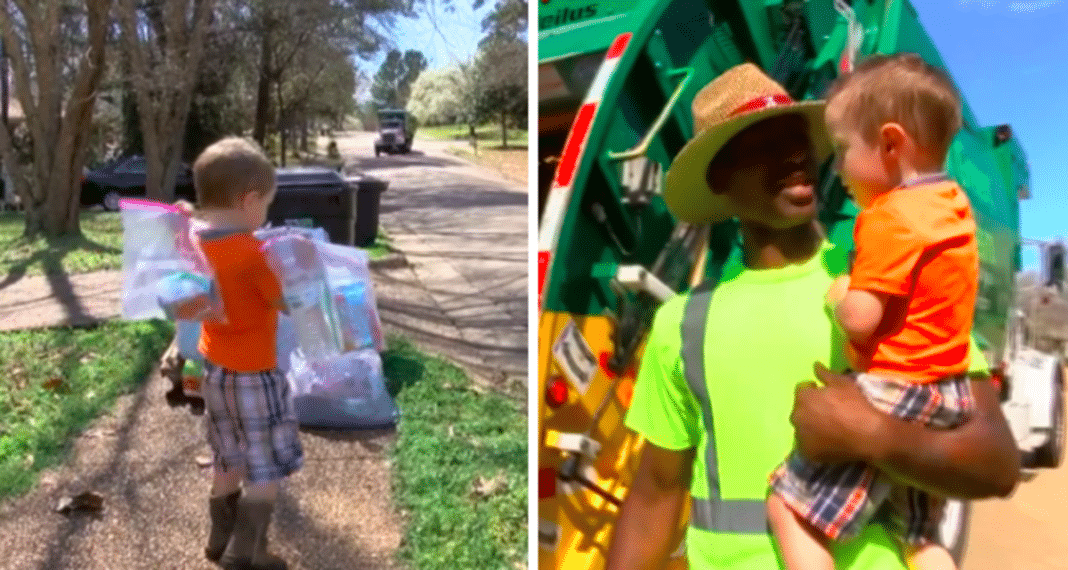 Kyler, a 3-year-old little boy from Clinton, Mississippi has made some new friends in his local sanitation workers. On one ordinary Tuesday morning, Kathleen Reynolds was outside with her grandson, Kyler; waste management worker, clarence Weatherby noticed her Alabama sweatshirt. Clarence called out, “Roll Tide!” The family and the workers exchanged a nod and wave. Kathleen thought nothing of it. But come the following Tuesday, Kyler was excited to see the garbage truck head down their street once more.

We are SOBBING! How beautiful is this video?! "They're just friends, you know. They just know love and they know kindness. That's the great thing about this." Tuesdays on Rosemont Street in Mississippi are a big deal for 3-year-old Kyler as he knows he's got a smelly, important job to do! –> http://bit.ly/2F1FJrj 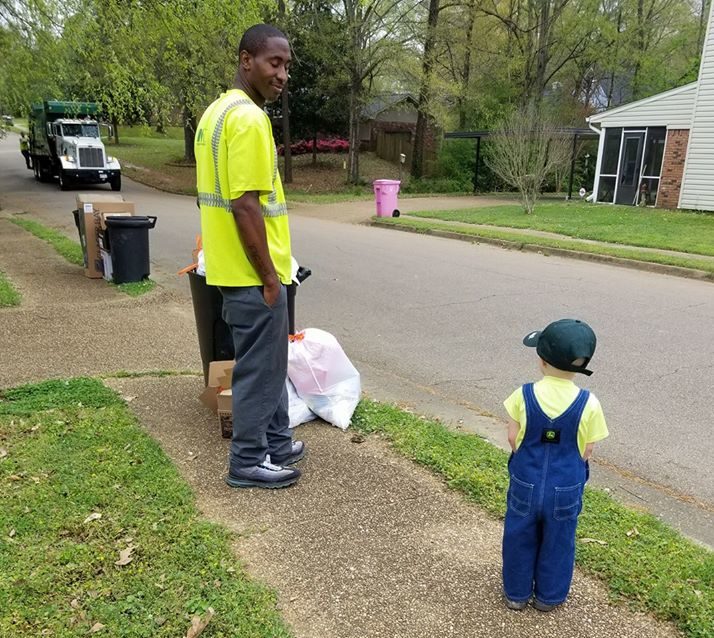 Now, every single Tuesday, the little boy can’t wait for the garbage truck to arrive so he can see his new friends. As the truck rounds the bend, Clarence gives the horn a few toots. Kyler breaks into an adorable happy dance. Kyler calls Clarence “Bugg Bugg.” With his buddies help, the toddler loads the trash into the truck, and he even pulls the lever to squash it. 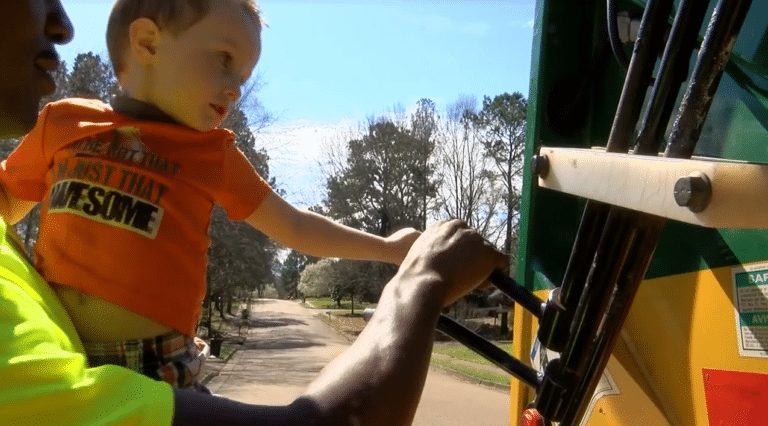 Bugg Bugg treats the little boy like family, picking him up and swinging him around and giving him hugs and kisses. Kyler received a birthday present from his new best friends. This little guy has enough love to go around for the three workers who now stop to say hello. He really brightens their day.

“Bugg Bugg just treats him super special,” Kathleen said. “He picks him up like it’s a little brother thing … it’s great to see the interaction between them. 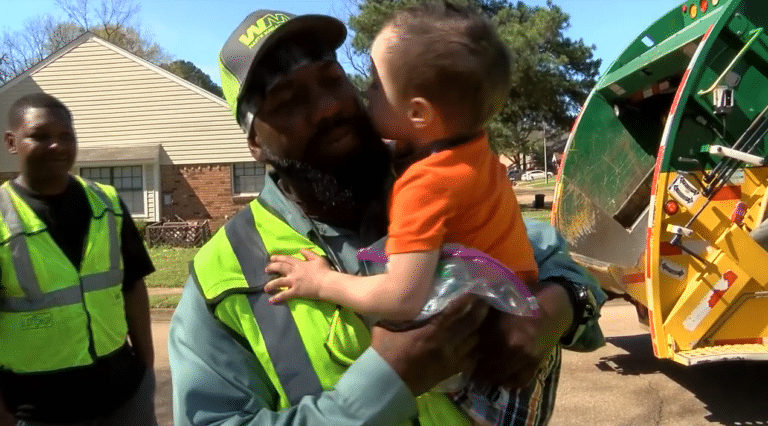 “They’re just friends, and they just know love, and they know kindness, and that’s the great thing about this.”

What a lovely bond. It’s also a good reminder that you never know where you might find a new friend. 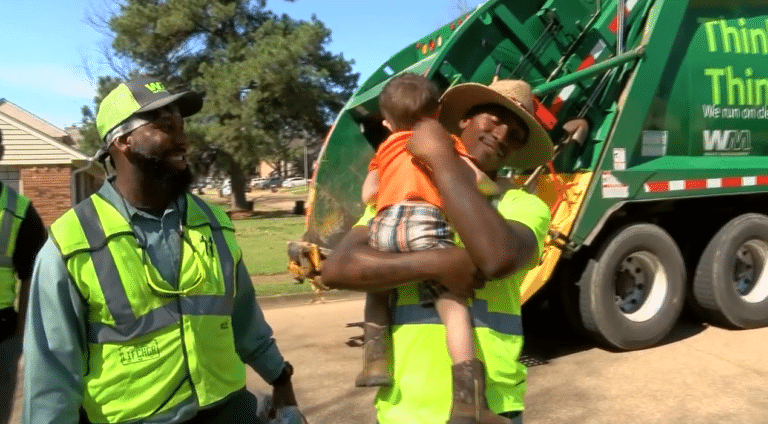