He Grabs 11-Yr-Old’s Throat, Tells Her To ‘Hush.’ But What She Does Next Has Him Running 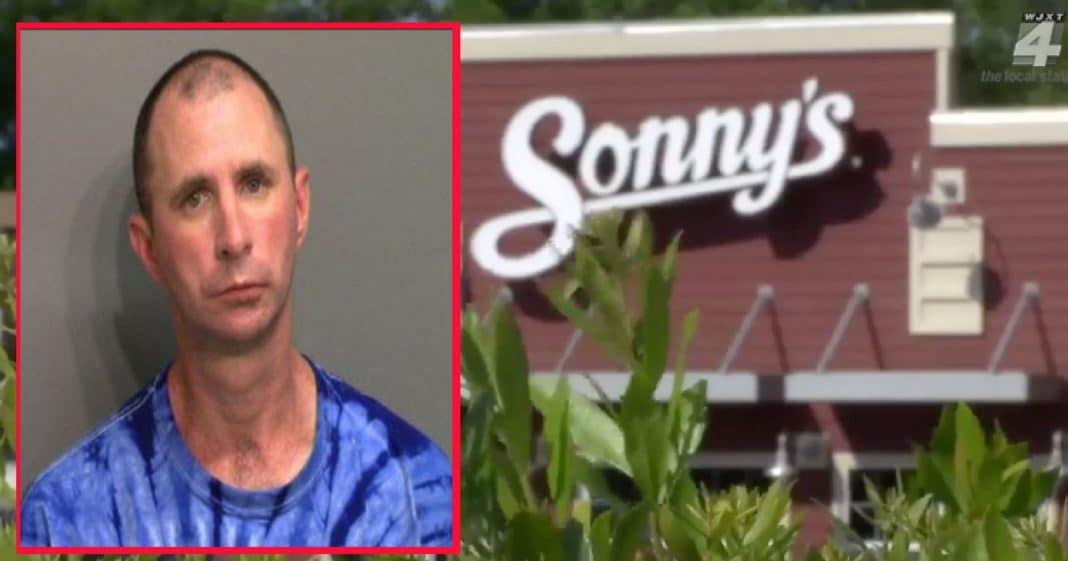 It’s disgusting when someone abuses or attempts to molest a child. These incidents don’t usually end well for anyone. But thankfully, because of one brave little girl’s heroic actions, she, as well as many other children, have been saved from a horrible monster.

The child, who for privacy reasons will remain unnamed, was with her family at Sonny’s BBQ in Brunswick, Georgia, when she went into the lady’s room by herself. Just moments later, customers and staff heard a horrifying scream. The girl rushed out to the dining area, frightened and hysterical.

Amber, a member of Sonny’s staff, recalled hearing the child’s cries. “As a mom, when I heard that scream, a reality check came over me and probably along with my whole entire staff,” she said.

The little girl told them that a man had come into the bathroom and grabbed her. The staff immediately jumped into action to protect her and the other children at the restaurant. Amber pulled the man from the men’s room, where he was trying to hide, while another member of staff called 911.

“We immediately did like a lockdown,” Amber explained. “I was not going to let him leave the store.”

When the cops arrived, the brave child recounted her story, which the Glynn County Police Department posted to social media:

“She went into the ladies bathroom inside Sonny’s BBQ and a white male entered the bathroom. The male grabbed her around the mouth and throat and attempted to subdue her. The female victim screamed and fought off the male and ran out of the bathroom.”

The girl’s family said the man, who was later identified as 40-year-old repeat offender John Schuler, ordered her to “Hush it!” Thankfully, the girl ignored the monster’s orders and broke free as she screamed for help.

The child’s mother posted her outrage about the incident on social media:

“Each and every grisly discovery of unspeakable acts committed against the most vulnerable among us fills us with outrage, and disbelief,” she wrote. “I am still in disbelief that this happened to my child. But it can.

“I hate to even think about it, but there is no telling what he would have done to (my daughter) had she frozen in fear,” the mother continued. “He is a proven repeat offender.”

This is what infuriates the entire local community. Schuler is a registered sex offender in the state of Georgia. He was convicted of child molestation in 2008. For his crimes against the little girl, Schuler was arrested in April and charged with aggravated assault, false imprisonment, and enticing a child for indecent purposes.

Parents and grandparents now keep a closer eye on their children and all the young ones in the community.

Amber and her co-worker Jordan say they believe God put everyone in the restaurant that day to make sure the offender was brought to justice.

“That’s what I believe,” she continued. “God saved this girl; we were just people in the right place.”

It’s important to teach all children how to identify strangers who wish them harm. Show them how to fight back and how to get away from people who want to harm them. Had this brave young girl not stood up to her attacker that day, who knows what he would have done to her and other innocent children in the community.

Do you agree this brave young girl is a hero for what she did? So share this!