G’pa Thinks He’s There For Granddaughter’s Bday. But Wait Till They Lead Him Outside… 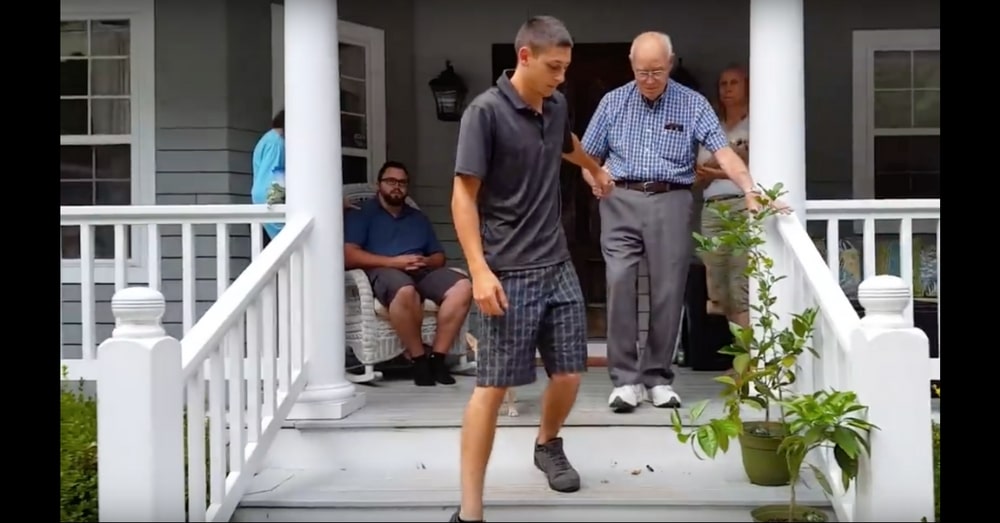 When “Pop Pop” arrived to spend some time with his family, he thought he was there to celebrate his granddaughter, Olivia’s, birthday. Little did he know that the real surprise was going to be for him!

When Olivia was a little girl, her grandfather had fallen in love with a particular car – a light brown Mercedes. He had always wanted one, but had never gotten one for himself.

When a friend of the family who restores cars told Olivia that he had found the exact Mercedes her grandfather had always loved – one formerly owned by supermodel Christie Brinkley no less – she knew she had to get it for him.

As the family gathered together, they told Pop Pop there was something they needed to show him outside. His grandson led him out to a covered car, and when he pulled back the covering Pop Pop couldn’t believe his eyes!

His reaction to the big surprise was priceless! Click below to see it for yourself!

As soon as the truth sunk in Pop Pop couldn’t hold back his tears, and then he couldn’t wait to get behind the wheel.

As he sat there checking out his new ride he told Olivia, “It’s your birthday,” meaning she should have been the one getting the big surprise.

“Doesn’t matter,” she told him.

Clearly, seeing the joy on his face was present enough!

Were you touched by this sweet surprise for Pop Pop? So share this!