G’pa Thinks Gender Reveal Is Big Surprise, Then He Sees What’s Written On The Cake 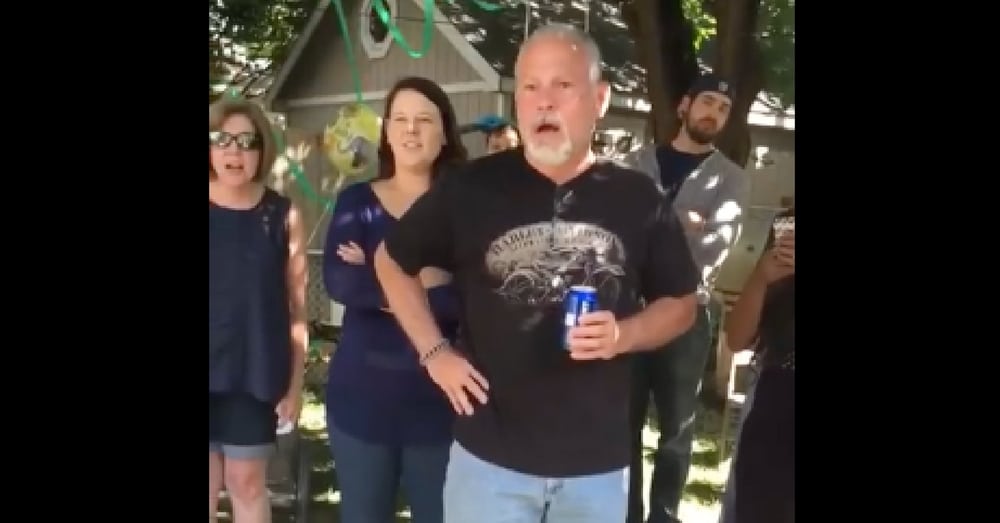 Kerstin Barnette and her husband had struggled for years to get pregnant. Endometriosis made it difficult for Kerstin to conceive, and she had fought hard for four years against it, going through two laparoscopies, an HSG test, endometrioma removal on her left ovary, and Lupron Depot treatment during that time.

Finally – and completely unexpectedly – Kerstin found out she was pregnant!

Throughout everything Kerstin and her husband had been through, Kerstin’s dad, Robert, stayed by her side, offering support and help whenever he could. He was even there for her ultrasound and found out the sex of the baby before she did.

Kerstin decided to have a gender reveal party with her family and friends, and her dad stood calmly by while they brought the cake out that would reveal whether they were having a boy or a girl, thinking he already knew what was going to happen.

Little did Robert know, though, that his daughter had an incredible surprise up her sleeve. As soon as he saw it he dissolved into tears!

Wanting to honor the man who had done so much for them, Kerstin and her husband decided they would name their little boy after him. It was an incredible honor the soon-to-be grandpa never saw coming, and the moment he found out is one the family will cherish forever.

Baby Robert will have an incredible man to look up to in his grandpa. What a wonderful legacy to carry on!

Did you find this sweet surprise as touching as we did? So share this!