G’pa With Dementia Can’t Remember Her Name, Breaks Down In Tears When He Starts To Sing 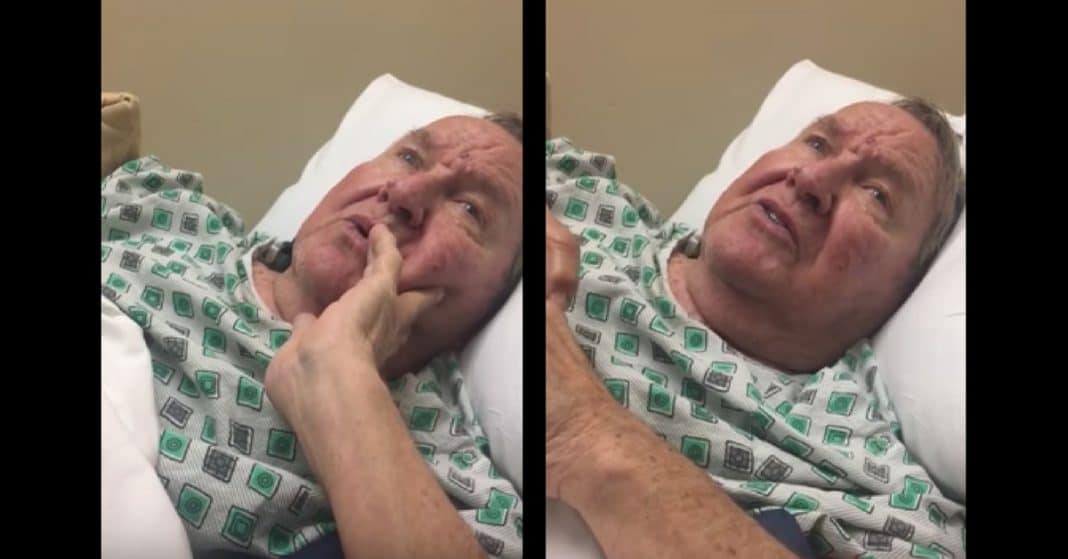 There are a handful of sicknesses that can really interfere with the usual practices of our loved ones. For example, someone with Parkinson’s disease may no longer be able to play catch with their children or go running with their friends. Others with Alzheimer’s will have extreme difficulty remembering their anniversary plans or their family members’ favorite gifts. People who are, unfortunately, battling cancer may be too weak to go and enjoy a night out on the town or even a nice dinner.

This sad truth is one that families all over, including my own, have had to come to terms with, but deep down inside we are all hoping and praying for a time when those setbacks are no longer an issue.

Mallory Headings grew up singing old hymns alongside her grandfather. It was a special pastime between the two of them that has been greatly affected now that he has dementia. These days, he doesn’t really remember much, and some days the list of things forgotten even includes his family’s names.

His sickness became so intense that his wife, Mallory’s grandmother, was no longer able to care for him on her own to the extent he needed. As a result, the family collectively decided to move him into a nursing home.

Not too long ago, while the family was visiting, something happened that left them speechless…in a good way!

Mallory began singing an old, familiar tune called “It Is Well.” This hymn was one that she and her grandfather harmonized to regularly. During this visit, when he heard the song escape her lips, he immediately began singing along with her. He even remembered his harmony.

The family was taken by complete surprise because they did not expect his memory to kick in the way it did. It is heartwarming to know that despite his sickness, through the Lord, they have been able to relive and enjoy an unforgettable pastime.

Thank you for giving us hope, Mallory! We are praying the best for your family.

Were you touched by this poignant video as much as we were? So share this!