G’pa Can’t Afford New Car After His Is Totaled. What Grandson Does Next Leaves Him In Tears 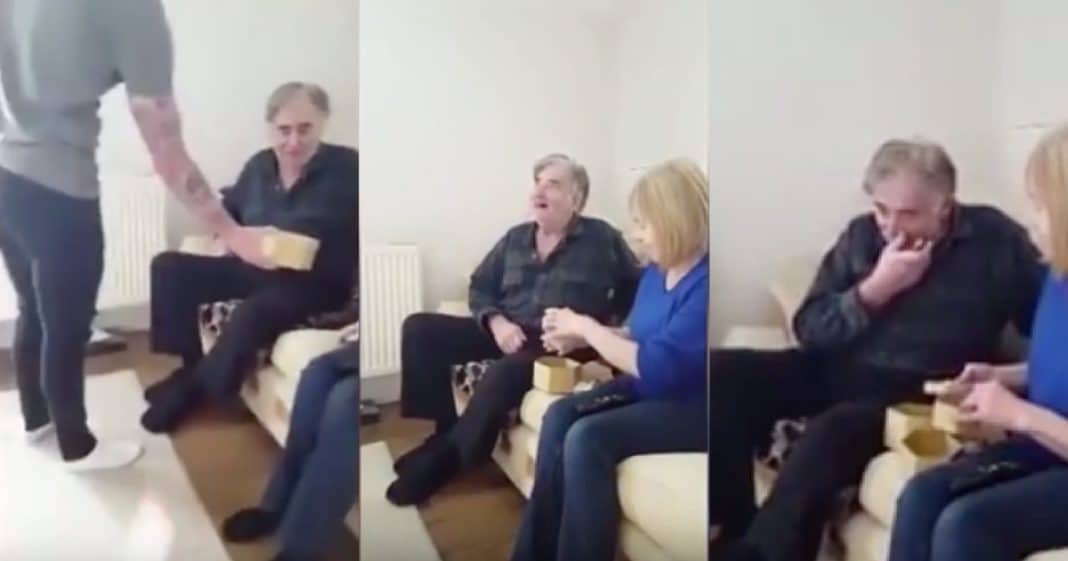 Most grandparents will do literally anything for their grandchildren. It is their joy to spoil their grandkids and never have to tell them “no.”

Michael Latimer knows this firsthand – his grandparents have always been there for him to show him love and generosity.

But when their car broke down recently and they couldn’t afford to fix it, Michael decided it was his turn to repay all the love they had showed him over the years.

He secretly bought them a new car and then put the key in a series of boxes with clues about what the big surprise was. Then he gathered the family together for the big reveal.

At first his grandparents weren’t sure what was going on, but when Michael told them he had bought them a car they couldn’t believe it!

Their reactions are too precious – make sure you watch all the way to the end to see what Michael’s grandfather does when he realizes the car is really his!

Not many of us get the chance to repay our grandparents’ kindness like Michael did, but we know this gesture is one that won’t soon be forgotten! How special to be able to do something so incredible for two people he loves so much!

Were you touched by what Michael did for his grandparents? So share this!