When He Got Pulled Over He Thought He Was Going To Jail, But Officer Had Different Plans 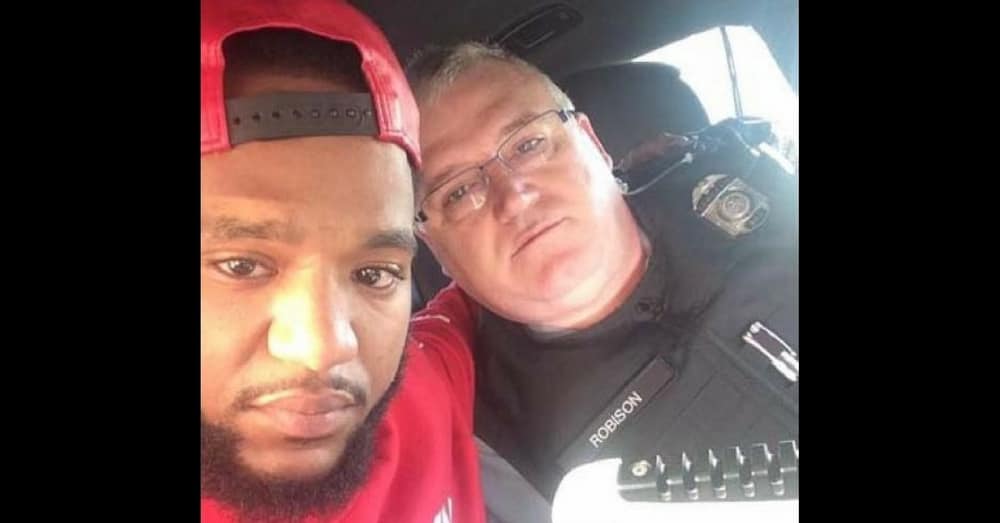 When Mark Ross found out his little sister had just been killed in a car accident he and an acquaintance jumped in the car and raced down the highway to get to Mark’s mother in Detroit.

When they saw flashing lights behind them, though, they knew they were in trouble. The driver of the car had a suspended license, and Mark had an outstanding petty warrant in Wayne County, Michigan.

As they pulled over to the side of the road, Mark was sure he was going to jail, but what the police officer did next left him completely stunned.

“The police called Wayne County and they refused to come get me because of the distance,” Ross wrote in a Facebook post. “I explained to the officer that my sister had died and that I needed to get to my mother asap. I broke down crying and he saw the sincerity in my cry. He REACHES OVER AND BEGAN PRAYING OVER ME AND MY FAMILY. He offered to bring me 100 miles further to Detroit because they towed the vehicle.”

The police officer was Sgt. David Robison of the Ohio State Highway Patrol, and he has since been praised for the compassion and kindness that he showed this young man in the midst of a terrible situation. Mark described his kindness as “overwhelming” and said it “gave me hope.”

While Mark’s friend did end up being taken to jail, Robison tried to get him “as close to Detroit as possible.”

Mark’s family was so grateful for Robison’s kindness that they invited him to come to the young girl’s funeral.

Were you touched by this police officer’s kind actions? So share this!