She Goes To Visit Husband With Dementia. When Son Walks In Everything Changes 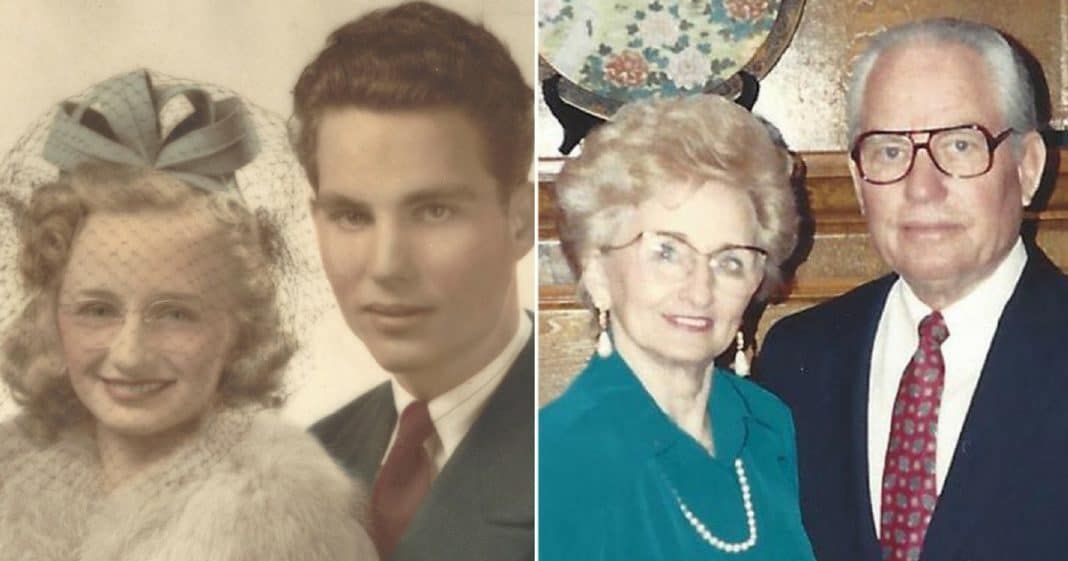 They say love is stronger than death, and Leonard and Hazel Cherry are proof that this is true.

The high school sweethearts married in 1942 and built a happy life together. The love they shared was an inspiration to everyone who knew them, especially their son, David.

“They never really spent a day apart unless it was for a family emergency or something,” he said. “And I never heard a cross word between them. I never heard them raise their voices to each other unless they were calling across the yard. They didn’t fight!”

Leonard was a bomber pilot and trainer during World War II. He worked on numerous bases throughout the war while Hazel waited for him at home.

Soon after David was born in 1944, the couple moved to Fort Worth, Texas, and started an auto repair shop called Cherry Hill, which they ran until 1980 when they moved to Waco to be closer to David and his family.

“They had such a special relationship, they were so close and came to all of their school events,” David recalled. “When my son was growing up, dad came to all of his basketball games.”

In addition to coming to all of the games, Leonard showed up to almost all of the practices, too. He made sure his grandkids knew he loved and supported them.

When Leonard began to show signs of dementia, he and Hazel moved into an assisted living facility. Hazel stayed in the independent living section while Leonard was under nursing care, but that didn’t keep them apart. Every day, Hazel would make her way to his room and stay by his side as long as she could.

Hazel had always been in good health, but when she was 93 she suddenly began to get very tired and weak. She was taken to the emergency room, but died just a week after she had begun showing signs of sickness.

“My daughter was talking to her when she blinked, smiled and let go,” David recalled.

Leonard had not been informed of his wife’s death yet, but his caretaker said that somehow he just knew. He was fidgety and restless all morning and then, just 10 minutes after Hazel passed, he breathed a deep exhale and calmed down.

“I’m not sure how it worked, but he knew what happened,” David said. “He had a connection… He could feel it.”

Less than nine hours after Hazel died, Leonard also took his last breath and passed away at the age of 95.

For a couple who had spent every minute possible together their entire lives, it was the perfect way to go.

“It’s what God wanted,” David said. “And I think it’s what they wanted too.”

“They had so much love for each other,” he added. “No question, they are both up above, smiling… They’ll always be together.”

While their family will miss them greatly, they know Leonard and Hazel are smiling down on them from above – together, just like always.

Were you touched by Leonard and Hazel’s sweet love story? So share this!