She Goes To Visit Dying G’pa At Hospital, Then Gets Call About G’ma That Makes Her Gasp 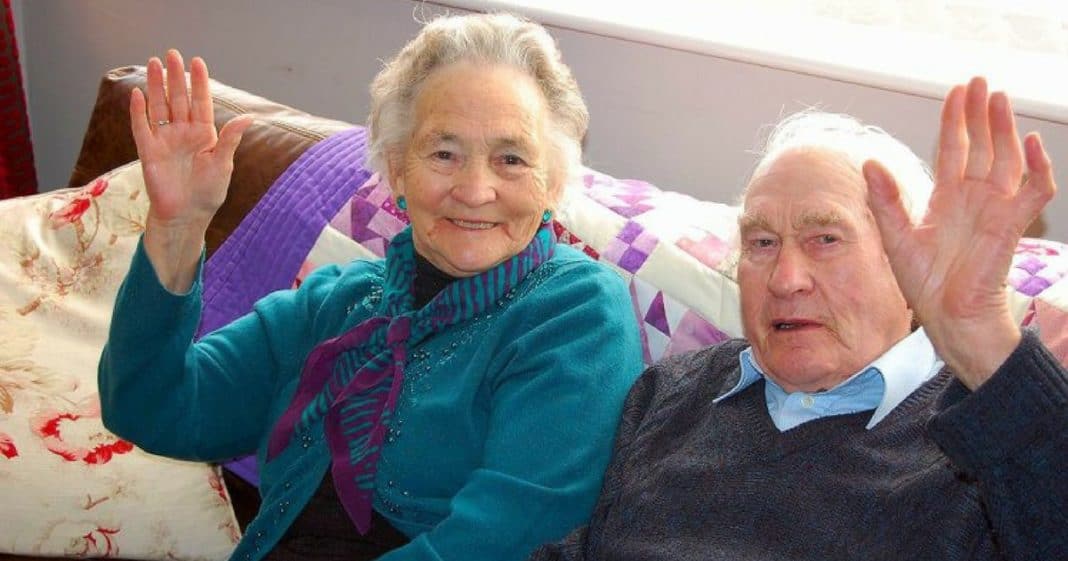 “Till death do us part” is a well-known and much-cherished part of traditional wedding vows. And while it’s a beautiful and poignant sentiment, for some special love birds, not even death is strong enough to keep them apart.

Wilf and Vera Russell lived a long and beautiful life together. The pair met when Wilf was 18 and Vera was 16 and they got engaged right before Wilf left for North Africa and Italy with the Royal Air Force during WWII.

When Wilf returned from the war the couple married. They had three sons together – Peter, Colin, and Gary.

Though life wasn’t always easy – Gary had multiple sclerosis and passed away in his 30s – the couple loved life and loved their family and built a happy and wonderful life together. During their 71 years of marriage they added five grandchildren, seven great-grandchildren, and two great-great-grandchildren to their brood.

One of their granddaughters, Stephanie Welch, said the couple was very close and they adored their family.

“Vera very much spoke for them as a couple and Wilf went along with whatever she said. Maybe that’s why they lasted so long!” she laughed. “They had a lot in common and never spent a night apart throughout their entire marriage until Wilf had to move into the care home.”

Wilf was diagnosed with dementia about a year ago, and several months later his family moved him into a care home. Watching his health deteriorate and his memory fade was difficult for the entire family, but most of all for Vera.

“My nan went to see him recently and he didn’t recognise her at all,” Stephanie said. “Her health started deteriorating from that day.”

Stephanie said she visited Vera at Leicester Royal Infirmary on Sunday. Her grandmother opened her eyes and asked where Wilf was.

“The last thing she said to me was, ‘We’re a right pair, aren’t we?'” Stephanie recalled.

On Wednesday at 6:50 a.m., Wilf took his last breath and passed away.

As the family grieved, though, they learned some news that left them all stunned: just four minutes later – at 6:54 a.m. – Vera also passed away, before even being told that her husband was gone.

“I think she was waiting for him to go,” Stephanie said. “She was broken-hearted.”

Even though no one had told Vera that Wilf was gone, it was like she knew in her heart that he had passed, and she was ready to go be with him.

The family is planning to hold a joint funeral service for the couple to celebrate their lives together. I can’t think of a more appropriate way to honor their lives and love.

Were you touched by this story and the love Wilf and Vera had for each other? So share this!