G’ma Thinks She Rescued Stray Cat, But When Grandson Sees It He Can’t Stop Laughing 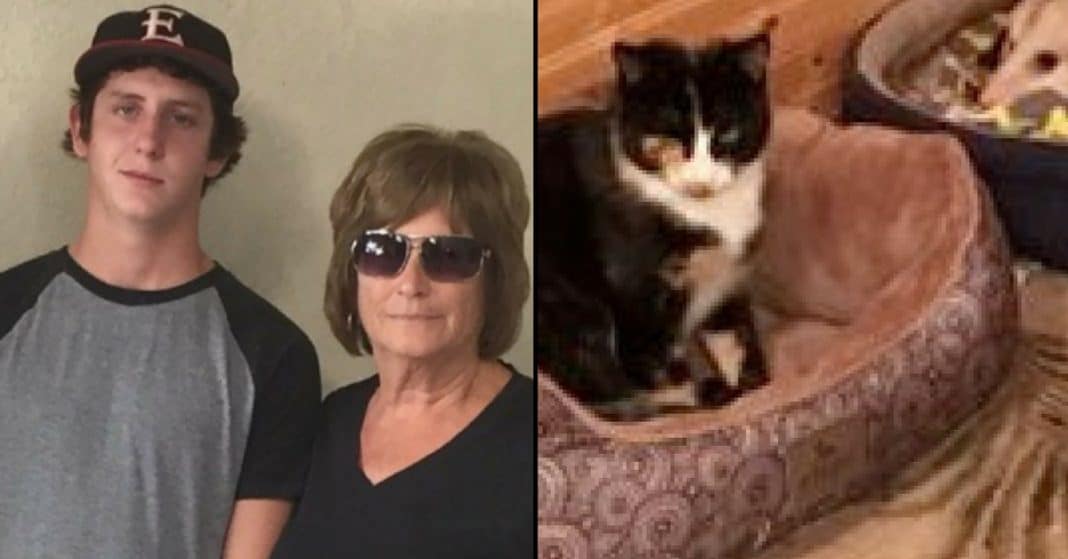 I love animals. I don’t have the space to take in stray cats or dogs, but I feel for them, especially those orphaned or abandoned kittens and puppies who lose their mothers.

Well, one compassionate grandma in Kansas does take in strays, but she got a little more than she bargained for with her most recent addition!

Eric Hertlein’s grandma has a soft spot for stray cats. She takes in these little guys and has a space in her enclosed porch where she lets them stay. She’s made it nice and cozy with beds and food. Sometimes, she’ll even let the cats inside her home.

On one of his recent visits, Eric received a funny yet concerning surprise when one of the animals his grandmother thought was a cat turned out not to be a cat at all.

Eric was used to the array of stray cats that greeted him when he arrived at his grandma’s house, but as he glanced around the room, his gaze fastened on something unexpected. In the corner, snuggled up on a bed of his very own, was an opossum!

My grandma has been taking care of a possum these last couple months thinking it was just another cat lmaoo what is u doing grams😂 pic.twitter.com/KlnGSGXrLM

Eric was obviously concerned and alarmed, but his grandma was surprised by his reaction. Very sweetly, she tried calming him down. The kitty in the corner? The one she’d named Tete? He’d been hanging out for a while.

“She reassured me it was one of her cats,” Eric said. “I told her it wasn’t what she thought it was.”

His grandmother was confused.

Shocked but not fully convinced, his grandma went in for a closer look. Her response when she realized the truth about dear Tete couldn’t have been kinder.

“She kinda just sat there,” Eric recalled. “Then she got a little closer…and slowly looked up at me with the biggest grin on her face and said, ‘Well, he hasn’t bothered me yet, so I’m OK with him being here!'”

Eric’s grandma has accepted the opossum and Tete’s fellow strays have taken to him as well. None appear bothered by him. They act like they’ve known he wasn’t one of them all along.

The family is still not quite sure how Tete worked his way in. They believe he may have been orphaned as a baby and then mistaken for a kitten when he showed up with a pack of other kitties in search of food and warmth.

Eric’s grandmother’s actions then and now speak volumes about the power of kindness. She accepted Tete before she knew he was an opossum and that didn’t change once she learned the truth.

“She loves animals and taking care of them whenever she can,” Eric said. “It just motivates you to do better and treat other beings better too.”

Eric has a good point – it doesn’t take much to do something kind for our fellow human being or animal in need. We should all take this lesson to heart!

Were you surprised when you learned Tete’s true identity? So share this!