G’ma Makes Wrong Turn, Then 6-Yr-Old Spots Man On Ground, Screams For Her To Go Back 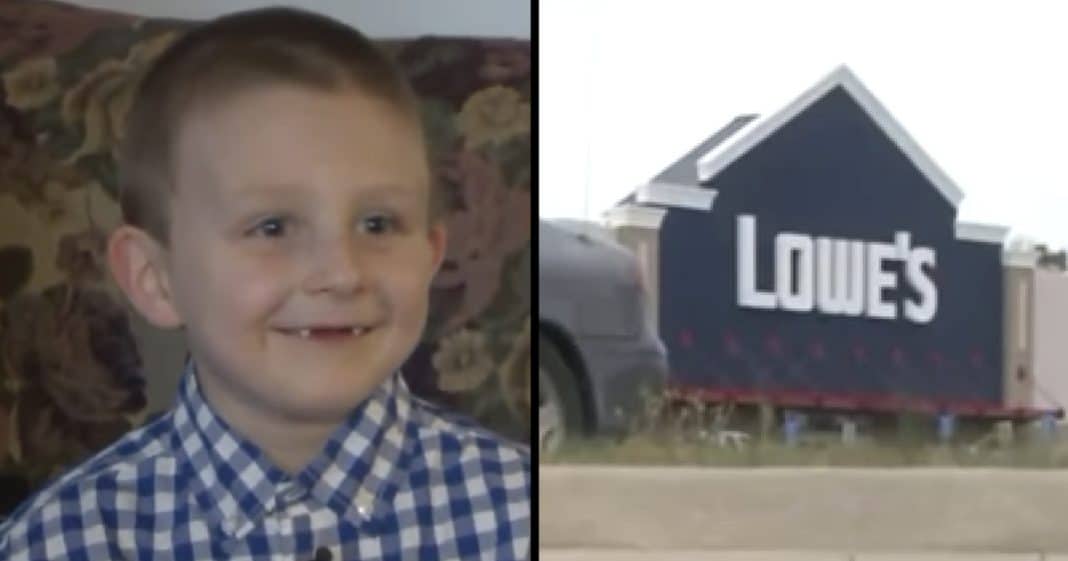 As someone who still gets lost in her own hometown, I can speak from personal experience about the immense frustration it can be to make a wrong turn. I just try to remind myself that things often happen for a reason – maybe I was saved from a terrible accident because I missed a turn, or maybe I will happen upon something I wouldn’t have seen otherwise.

That is exactly what happened to Carolyn Cook last week. She had just picked up her 6-year-old grandson, Karter Thorpe, from school and they were headed home when she made a wrong turn. She decided to take a detour through the Lowe’s parking lot to get back on the right path.

As they drove through the parking lot, though, Karter suddenly screamed for her to stop and said there was a man lying on the ground who needed help.

Carolyn knows kids have active imaginations and assumed he was exaggerating, but Karter insisted.

Carolyn turned around to show Karter he was wrong, and that’s when she saw that he was actually very right. A man was lying on the ground gasping for air.

She immediately pulled over and called 911 while another woman ran over to give the man CPR until an ambulance arrived.

The man was rushed to the hospital and Carolyn thought that would be the last she would hear of the situation. Then, about a week later, Carolyn got a message on Facebook from the man’s family, who wish to remain anonymous.

They explained that the man had suffered a massive heart attack, and if it hadn’t been for their quick response he would have died. Thankfully he made it to the hospital on time and is now recovering.

“I still get weepy,” Carolyn said, thinking about just how close that man was to death. “I’m just thankful. I’m thankful that God put me in that parking lot when he did.”

She’s also thankful Karter was so insistent that she stop to help the man.

“He would not take no for an answer,” Carolyn said. “He was determined and I’m just thankful he was.”

The man’s family calls Karter their “little angel.” We think there was more than one angel watching out that day!

Were you touched to see how one wrong turn ended up saving a man’s life? So share this!