G’ma Confused When 5-Yr-Old Dumps Out Money. Starts Sobbing When She Says What It’s For 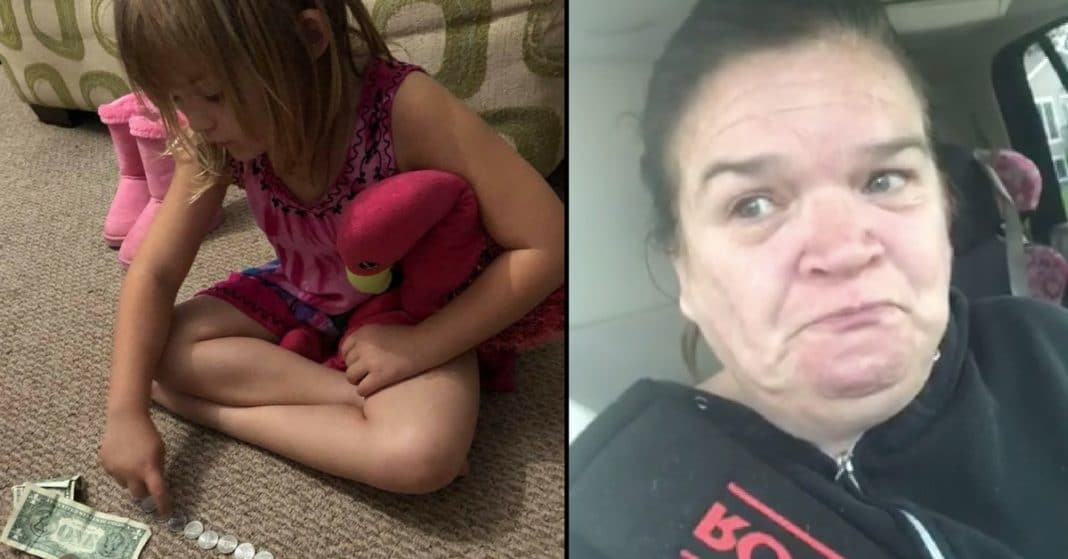 A little girl named Sunshine is certainly living up to her name!

The 5-year-old, who lives with her grandmother, Jackie Oelfke, in Ishpeming, Michigan, has been saving up all of her money in the hopes of buying a snowmobile one day.

One evening as Jackie was trying to get some work done, she noticed Sunshine dump all of the money out of her piggy bank and begin to count it. Curious, she asked the young girl what she was doing, and Sunshine’s answer left her in tears.

“I am going to give it to my friend at school because she don’t get milk for snack. Her mom don’t have any milk money and I do,” Sunshine told her.

Jackie was thrown off guard and didn’t know quite how to respond at first. She knew she couldn’t say no to such a compassionate and generous gesture.

The next day, Jackie drove Sunshine to school early so she could take the money in and put it toward her friend’s milk account. As she got back in her car, Jackie was so overwhelmed by her granddaughter’s gesture that she decided to record an emotional video detailing the young girl’s kindness.

“She has a lot of love in her,” Jackie proudly said of her granddaughter.

Jackie’s video has since gone viral and she has received many messages from people all over asking how they can contribute. She has since set up a GoFundMe page to raise money for milk for other kids at the school who usually have to go without. The campaign has already raised more than twice its initial $5,000 goal!

Jackie said she has been so touched to see how Sunshine’s one little gesture of kindness has turned into something so incredible.

“My heart is so full of pride and love knowing in a world where there is so much hatred, there is a ray of Sunshine with a HUGE heart that at the age of 5 LOVES everyone and always wants to help,” she wrote in a Facebook post.

“THANK YOU LORD for such a beautiful little girl.”

Were you as touched by Sunshine’s kindness and compassion as we were? So share this!