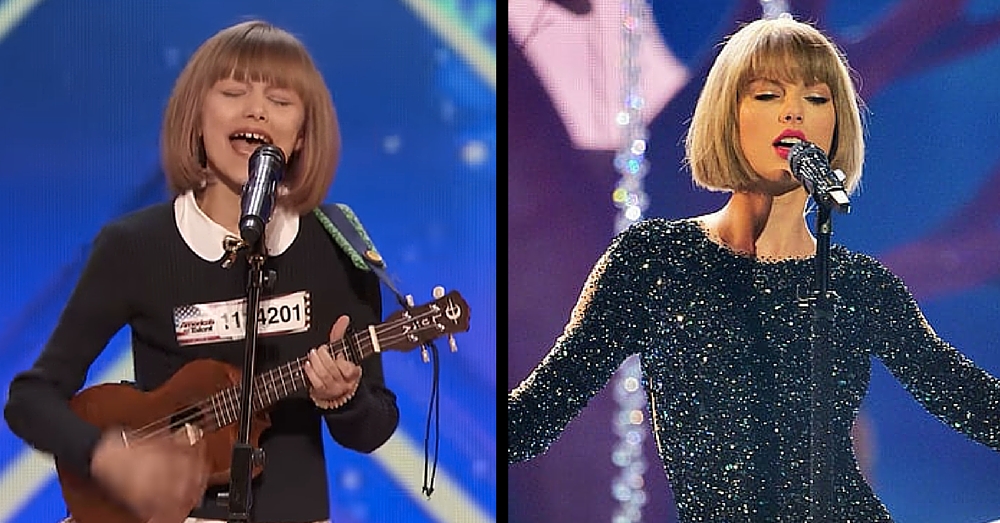 It seems like this season of America’s Got Talent is all about the up and coming youngsters. First, 13-year-old Laura Bretan stunned judges with her incredible operatic voice, earning her Simon Cowell’s “golden buzzer,” which pushed her through automatically to the live rounds.

Now a 12-year-old ukulele player is having her own magical moment in the spotlight.

Judge Howie Mandel was immediately taken with the young musician when she walked on stage. “You’re a beautiful young lady, you know that?” he asked, charmed immediately by her sweet smile and positive demeanor.

Simon asked her if her friends at school were supporting her, but she told him that most of her friends didn’t know she sings. Then he asked her if she thought she could win, to which she charmingly told him, “Well, miracles can happen, so possibly.

Grace told the judges she would be singing an original song that she had written about herself. They were unsure of what to expect when she stood behind the mic, but one thing is for sure – they didn’t expect what happened next!

The judges and the rest of the audience were blown away by Grace’s talent and the self-aware words of her song.

“I think you are living, beautiful, walking miracle,” Howie told her after. “I think the world is going to know your name,” he continued before pushing the golden buzzer and sending Grace through to the semi-finals.

As if that weren’t amazing enough, notoriously tough Simon had a compliment for Grace that left her in tears. “Grace, you know what I predict for you? I think you are the next Taylor Swift,” he said.

Were you happy to see Grace get the golden buzzer? So share this!