Girlfriend Asks Him To Help Clean Closet, But Then He Notices Something Disturbing… 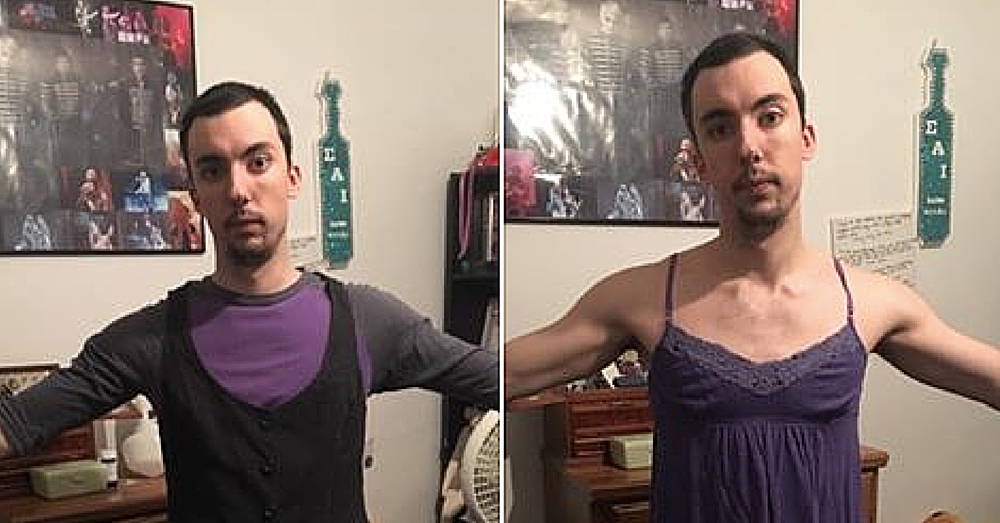 Benjamin Ashton Cooper was recently helping his girlfriend clean out her closet when he noticed something that “didn’t look right,” and it made him angry. He immediately took to Facebook to write about it, and his post has since gone viral.

What was it that he found so disturbing? The sizes of the clothes his girlfriend was getting rid of.

“I noticed that a lot of what she was getting rid of was of the XL size,” he wrote. “That didn’t look right to me, and here’s why:
They fit me.”

He went on to argue that the unrealistic sizing of women’s clothing and the impossible standards women are held to are what lead to young girls developing eating disorders and men feeling they have the right to treat women terribly and call “even nominally curvy girls on the street” “fat.”

His rant clearly hit a nerve – the post has been shared over 280,000 times as of this writing.

Here’s the thing: size labels for women’s clothing are chosen arbitrarily, meaning what is labeled a “medium” in one store could be the same actual size as an extra-large in another.

An article published by The Washington Post in August of last year noted that, while American women have been getting bigger over the years, their clothing sizes are getting smaller.

“Here are some numbers that illustrate the insanity of women’s clothing sizes,” the article starts. “A size 8 dress today is nearly the equivalent of a size 16 dress in 1958. And a size 8 dress of 1958 doesn’t even have a modern-day equivalent — the waist and bust measurements of a Mad Men-era 8 come in smaller than today’s size 00.”

And those numbers do have an effect. A study published at the University of North Texas in 2014 found that “smaller sizes were found to have a positive effect on body image, particularly for younger women,” and “larger subjects felt more positive about their bodies when they achieved ﬁt in a smaller size.”

If a young guy can notice the problem during a routine closet cleaning, maybe it’s time for the fashion industry to take note.

Do you think the fashion industry is perpetuating poor body image with their clothes and sizing? So share this!