Girl With Down Syndrome Sneaks Up On Reporter. What She Does Next Is Going Viral 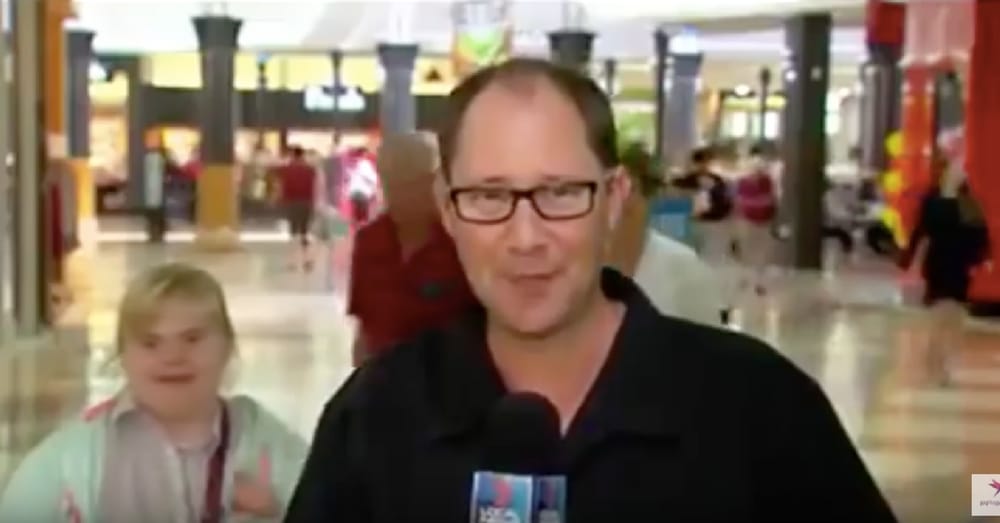 A reporter in Queensland, Australia had an unexpected special guest on a segment called “Street Talk” on 7 Local News Mackay. Scott Linden, was wrapping up a segment in a shopping mall when Georgia Knoll snuck up behind him and into the frame. Linden stops short, unsure what’s going on behind him. Meanwhile, Knoll waves timidly at the camera, and quickly primps for her debut.

“Do you want to say hello to the camera?” asks Linden. Off camera, we hear Knoll’s response: “Yeah!” Then Knoll takes the spotlight, completely giddy.

“I’ve been doing Street Talk on 7 Local News Mackay for either 9 or 10 years now,” says Linden in a Facebook comment on the video. “I reckon we’ve done around 400 editions… This is the most memorable Street Talk of those 400 or so.”

See Knoll’s response to her newfound fame at Inspire More.