Girl Stabbed 32 Times By Ex-Boyfriend. Later, EMT Who Found Her Says These 5 Words… 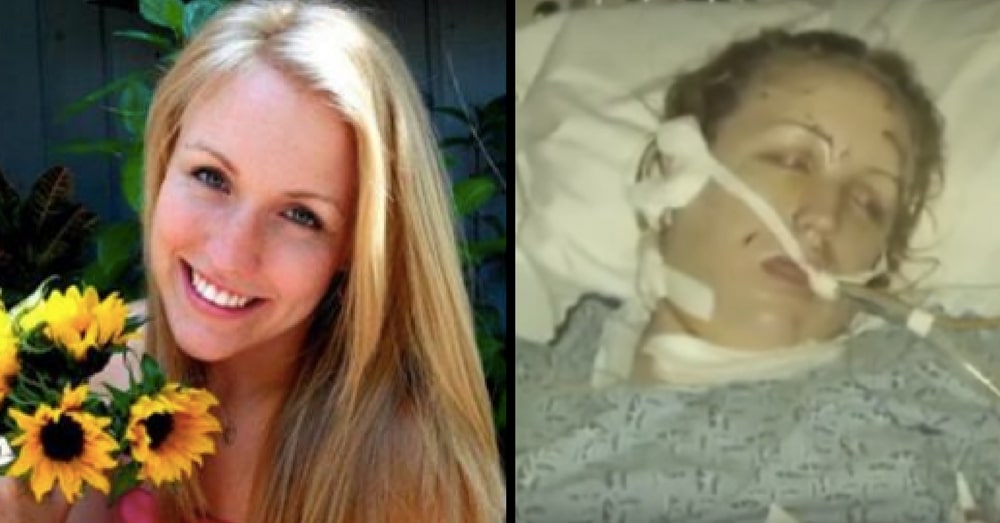 Melissa Dohme didn’t think she was going to make it that day. She had just broken up with her boyfriend when he angrily assaulted her, stabbing her 32 times.

As she watched him walk away, knife in hand, Melissa prayed to be taken to heaven because she was sure she was going to die.

Thankfully she was found, and first responder Cameron Hill helped save her life that day. Though she had lost most of the blood in her body, doctors did all they could for her and miraculously her life was spared.

It was a long and painful road to recovery, but Melissa did recover, eventually graduating from college. She now works as an advocate at Hands Across the Bay, which works to help victims of domestic violence.

It’s not surprising that Melissa was hesitant to date again after what she had been through. However, something about Cameron, the EMT who rescued her, stuck with her, and she swore she wouldn’t date again until she met the man who had saved her life.

Several months after the attack her wish was granted, and the two began to date.

Four years later the two of them were at a Tampa Bay baseball game together. Melissa had been asked to throw the ceremonial first pitch.

Little did she know that Cameron had set the whole thing up!

As they made their way to the mound Cameron got down on one knee and said five words Melissa will never forget:

“Melissa, will you marry me?”

She was surprised, but also overjoyed, and immediately said yes!

After her harrowing previous relationship, Melissa knows she has finally found her prince.