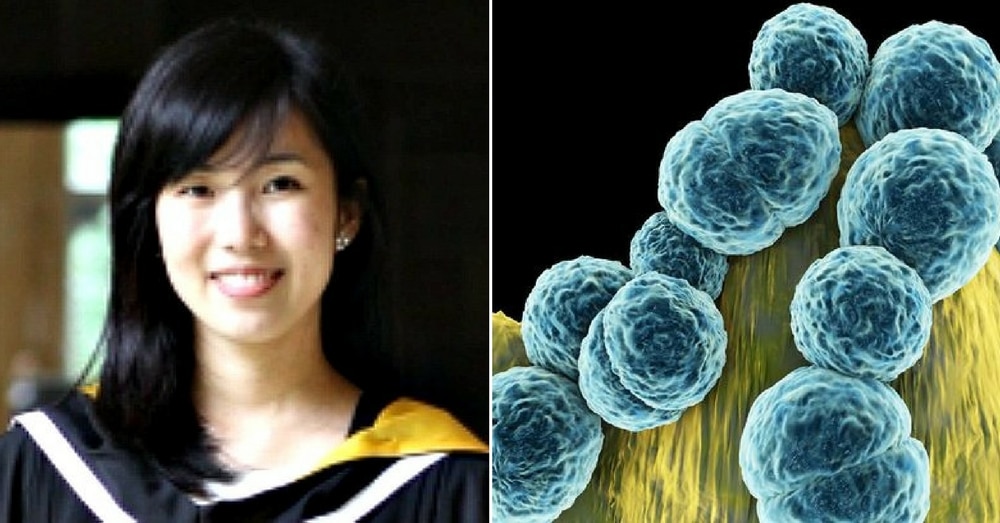 A 25-year-old student has just come up with a way to fight drug-resistant superbugs without antibiotics.

The new approach has so far only been tested in the lab and on mice, but it could offer a potential solution to antibiotic resistance, which is now getting so bad that the United Nations recently declared it a “fundamental threat” to global health.

Antibiotic-resistant bacteria already kill around 700,000 people each year, but a recent study suggests that number could rise to around 10 million by 2050.

In addition to common hospital superbug, methicillin-resistant Staphylococcus aureus (MRSA), scientists are now also concerned that gonorrhoea is about to become resistant to all remaining drugs.

But Shu Lam, a 25-year-old PhD student at the University of Melbourne in Australia, has developed a star-shaped polymer that can kill six different superbug strains without antibiotics, simply by ripping apart their cell walls.

“We’ve discovered that [the polymers] actually target the bacteria and kill it in multiple ways,” Lam told Nicola Smith from The Telegraph. “One method is by physically disrupting or breaking apart the cell wall of the bacteria. This creates a lot of stress on the bacteria and causes it to start killing itself.”

The research has been published in Nature Microbiology, and according to Smith, it’s already being hailed by scientists in the field as “a breakthrough that could change the face of modern medicine“.

Read more about this incredible woman and her exciting work at Science Alert.