Girl Jumps Out Of Moving Car And Runs Straight To Him. What She Says Next Gives Him Shock Of His Life 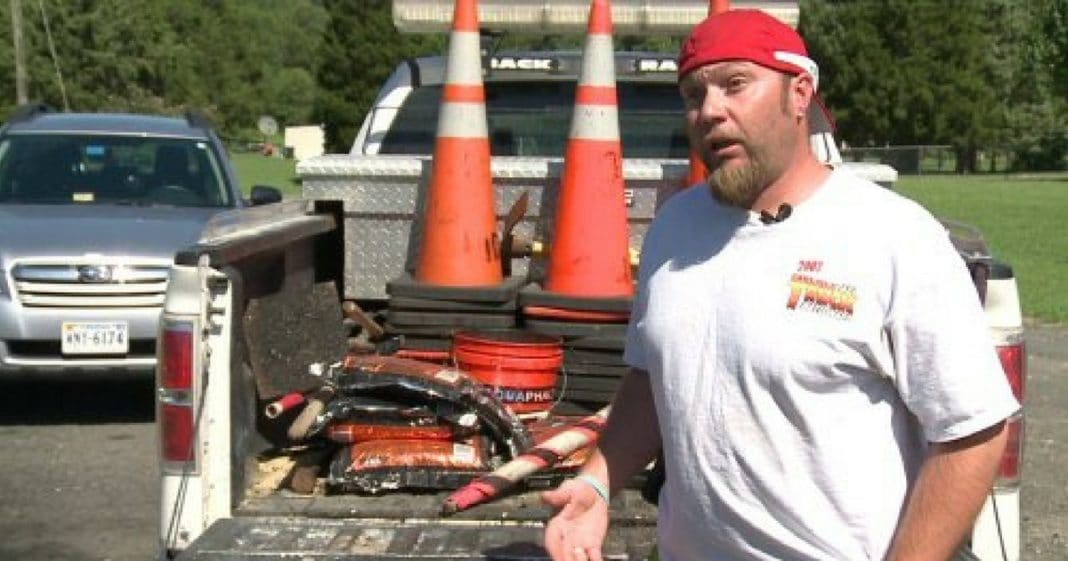 Kevin Huntington does a lot of construction work on Interstate 95 in Virginia and he’s used to watching thousands of people in their cars rush by him every day. He never guessed, though, that one day he would save the life of one of those people.

Kevin was working near mile marker 155 when he noticed a car driving toward them on the road especially fast. All of a sudden, a young woman threw herself out of the car and began to run toward him. He knew immediately that something was wrong.

“I noticed a female jump out of the car, she came running up to us and and you could tell she was pretty distraught and terrified,” he said.

She begged Kevin to call 911, which he did immediately. Then he asked her if she was okay, and her answer left him stunned.

“I asked the female if she was okay and she said no, there was a man trying to kill her,” he recalled. “I told her just stay behind me and I wouldn’t let anything happen to her.”

Police quickly arrived at the scene. They had already been alerted to a possible abduction, and thanks to Kevin’s call they were able to quickly locate the kidnapper, Aaron Berg.

Soon after, they arrested Berg and he was accused of kidnapping, strangling, and sexually abusing the 18-year-old girl.

After Kevin found out who Berg was, he remembered something that left him cold. Berg had actually gotten out of his car and started to come back for the girl that fateful day.

“He did approach us,” Kevin recalled. “He came up the shoulder and got out of the car and I noticed he was on the phone.”

Thankfully the teen is now safe and her kidnapper is behind bars.

Kevin said he learned a valuable lesson that day, one he hopes others will take to heart.

“Pick up the phone and help somebody,” he said, “you never know whose life you may save.”

Were you glad to see this woman saved and her assaulter behind bars? So share this!