Girl Constantly Bullied By 2 Cruel Teens. Then She Hears Another Voice That Leaves Her Cold 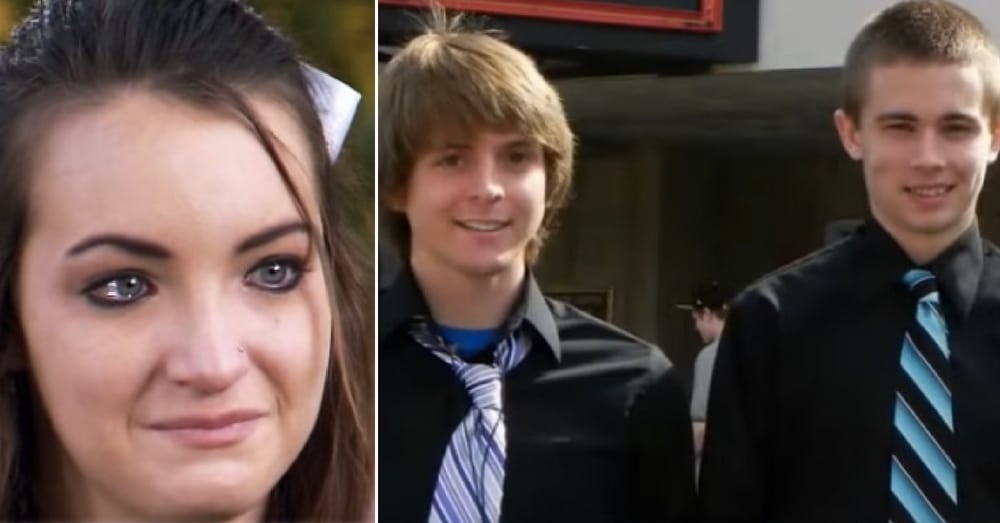 Bullying has become an epidemic in our society. The rise of social media gives people – teens especially – as easy way to bully others without actually having to face them or face any consequences.

Young people tear each other down trying to build themselves up, not realizing just how devastating their hurtful words are.

For a time, Tyler and Scott were part of the problem, but recently they have worked to become part of the solution instead.

Scott and Elizabeth lived in the same town in central Ohio but attended different high schools. They struck up a romance, but most of their communication happened online and on the phone.

As their teenage romance progressed, though, Scott’s friend’s decided they didn’t like Elizabeth, based solely on pictures she had posted of herself online.

Tyler especially got jealous and started viciously bullying Elizabeth through texts and phone calls. He and his friends told Elizabeth she was ugly and called her a “troll.”

One night the bullying got especially vicious. A girl Elizabeth had never talked to before got on the phone and told Elizabeth to kill herself.

“I wanted to give up,” the tearful teen said after hearing those hateful words.

Thankfully, the bullying stopped soon after and Scott apologized to Elizabeth. The two went their separate ways, but the damage had been done.

A few months later, Scott and Tyler were listening to the radio when they heard a story about a 14-year-old boy who had taken his own life after facing constant bullying.

That story really hit home for them and they realized what a toll their bullying must have taken on Elizabeth. They decided they wanted to do something to help end bullying for good.

They spoke with an anti-bullying organization about becoming part of their campaign. They created a video that shows the tragic effects of bullying and they now speak at schools across the nation “letting everyone know that no matter where you are as a victim, bystander and bully, you can change and become a change-maker, inspiring millions.”

Bullying used to be a way for them to lift themselves up, but Tyler said they “found that lifting people up lifts us up even more than putting people down.”

Hopefully others will learn this valuable lesson and help put an end to bullying for good.

Do you want to see bullying come to an end? So share this!