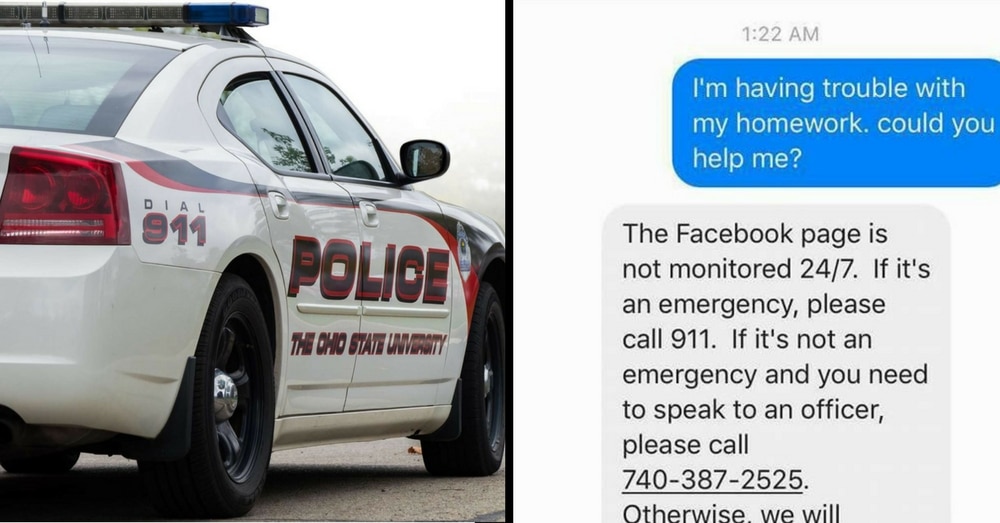 One police station is working hard to prove that they are there for the people in their community no matter what they need, and their adorable efforts have been going viral!

A young girl was working on her math homework recently when she got stuck on a difficult problem. That’s when she came up with the idea to see if the police would be able to help.

Thankfully she knew better than to call 911, but she did send a message to the Marion, Ohio Police Department’s Facebook page asking if they could help her with her homework.

Adorably, someone at the department responded and attempted to guide her through the tricky math problem.

Unfortunately, as many people pointed out and the chagrined officer admitted later, the math wasn’t quite right.

Regardless, the fact that someone would take the time out of their busy day to help a young girl with her homework has touched many people around the country.

We know officers are there to serve and protect, but usually we just think of them handing out tickets and chasing down bad guys. It’s nice to see an officer reaching out to the community and being willing to serve in whatever way is needed.

We think this officer deserves some recognition! Do you agree? So share this!