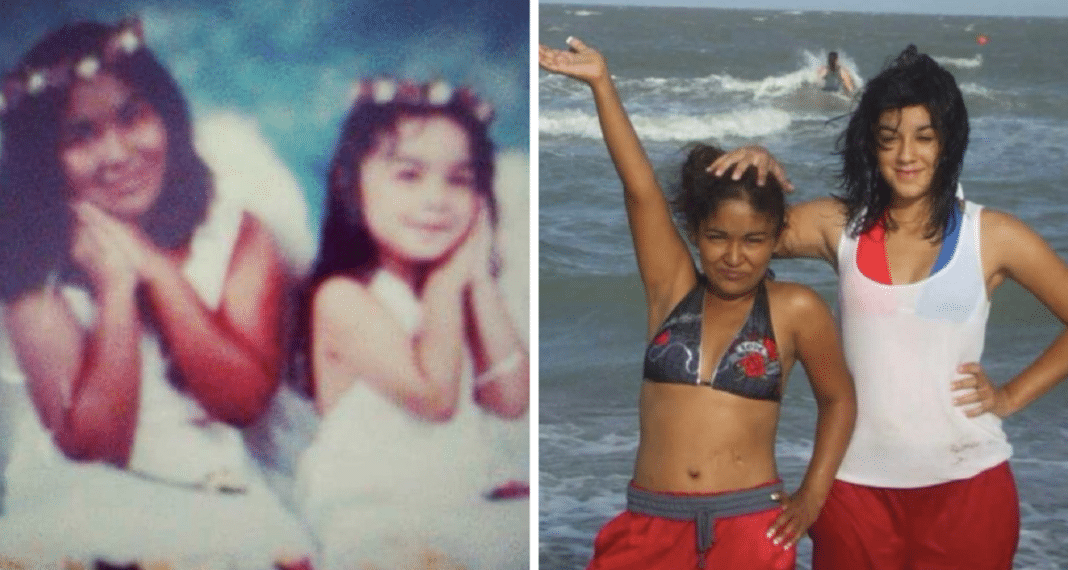 One young woman endured watching her sister; her best friend, suffer illness and death. This left her deeply affected, but one message from her deceased sister has given her hope and soothed her heart. It has also touched the lives of thousands of others who have lost loved ones.

“When Kristie was four years old, she was diagnosed with kidney failure. She had to get both kidneys removed and begin dialysis. Growing up, Kristie went through SO much pain. She took so many medications, had so many surgeries, and battled so hard for her life. She was 8 when I was born, and we became best friends.

“I would always take care of her when she was sick or hurting, or when she just got a surgery and needed help changing bandages. I saw her at her lowest, and I saw her at her highest. She loved dancing, and she loved music. Her favorite snack was pistachios and Coca-Cola. Her favorite color was blue. She hated when I would steal her clothes from her room, but I loved being just like my big sissy. 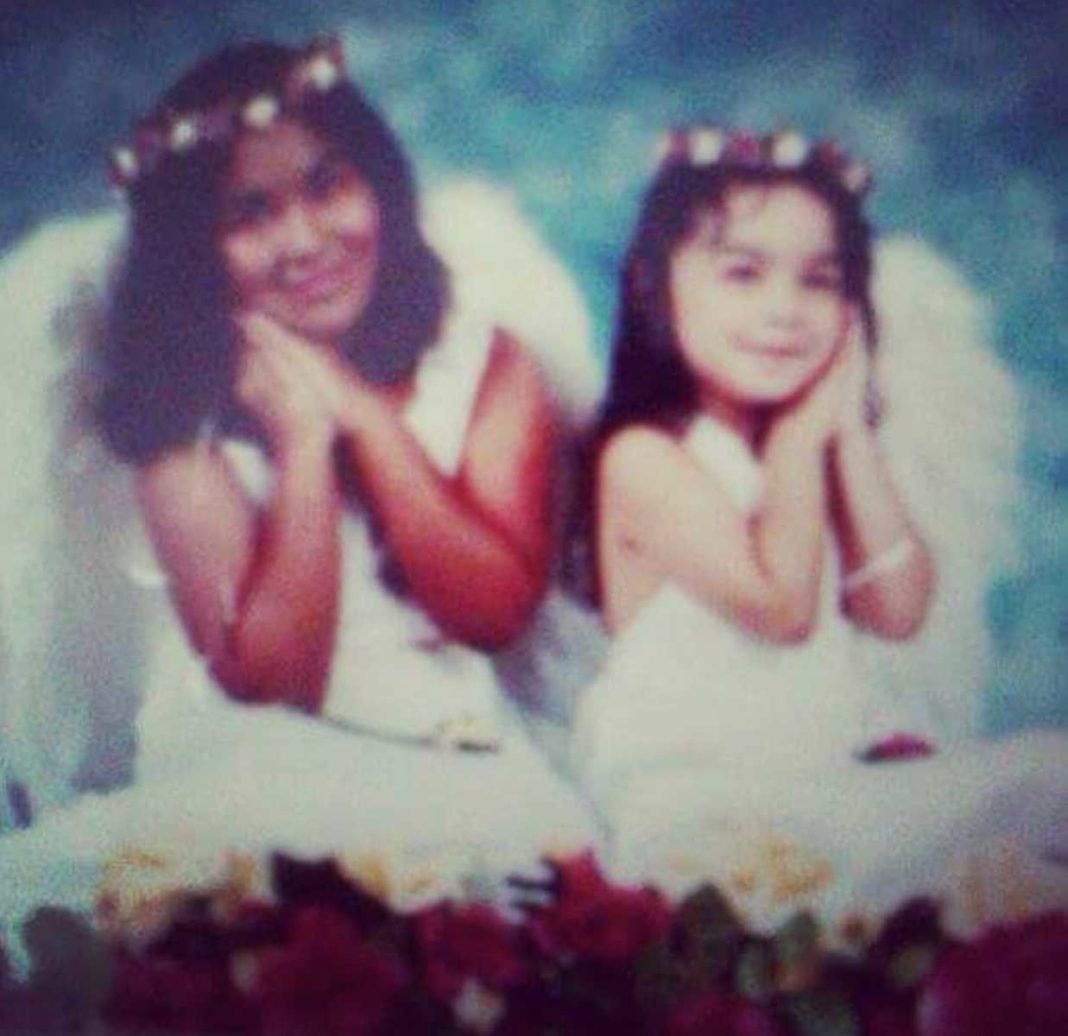 “I remember it like it was yesterday. I was awoken by my mother asking me to watch my baby sister while she took my sister to the hospital. I came out of my room and saw Kristie over the toilet vomiting. She screamed and said she’s vomiting pink stuff. I sat on my mom’s bed next to my baby sister, who at the time was only two. From my point of view, I could see Kristie clearly in her room. She was jumping up and down panicking because she couldn’t breathe. My mom was on the phone with 911 and trying to calm my sister down. I then saw my sister drop to her knees, and then EMS  came in. She screamed that she couldn’t see and everything was dark. She looked over to me and said, ‘Please don’t let me die.’

“They couldn’t find a pulse after that. They worked hard to bring her back, and after 24 minutes they found a pulse. It was too late though. She was brain dead and in a coma for 12 days. 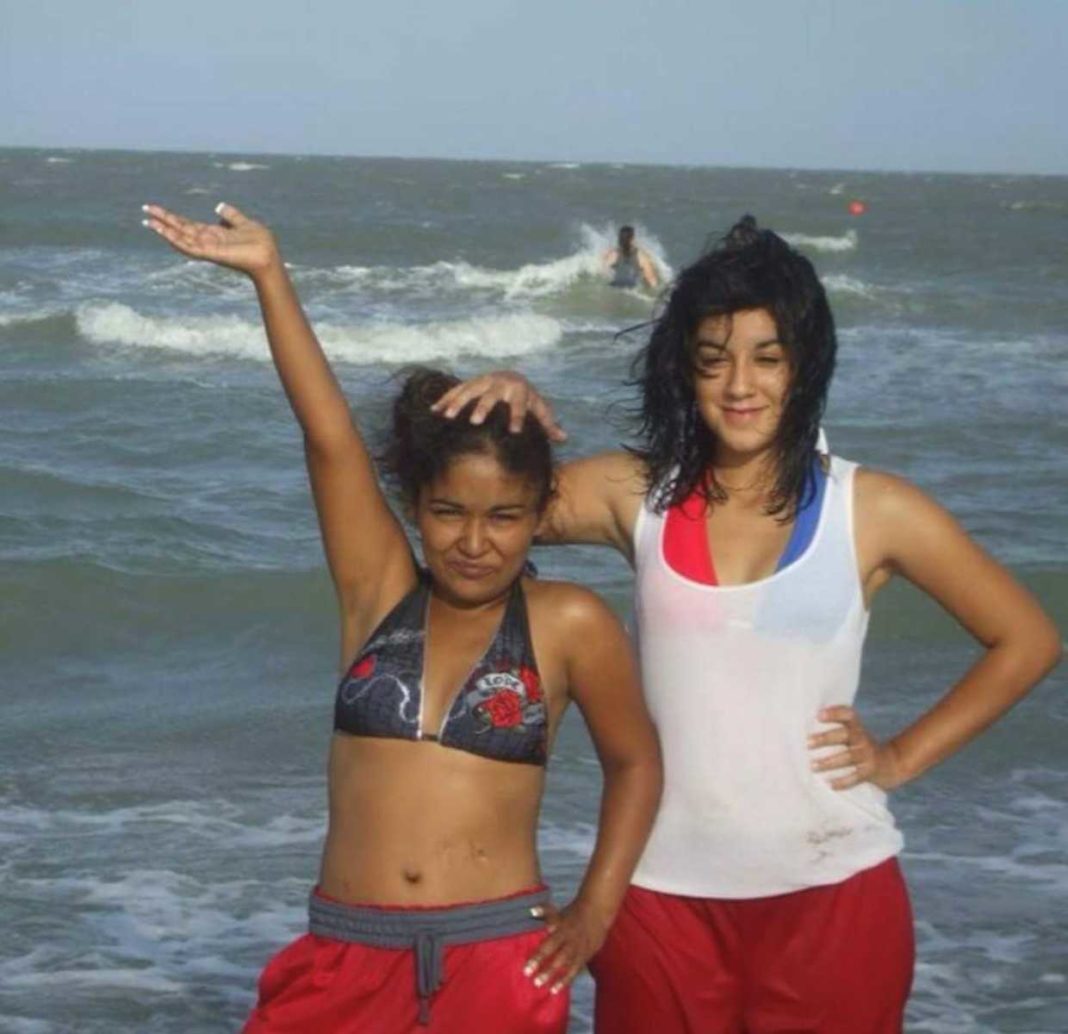 “I was 14 at the time. At 14 years old, I had just witnessed the most horrifying thing anyone can go through. Kristie was my best friend. Her words always repeated in the back of my head. They were the last words she ever said, the last words to come out of her mouth, and they were to me.

“I always felt as if I failed her, or I didn’t fight for her hard enough. I felt as if maybe, I  could’ve offered her my kidneys or maybe I could’ve prayed and begged God a little harder. I went into a deep depression, and it lasted for two years. I would have dreams of Kristie, and the dreams were always the same. The surroundings were empty and white, and it was just me and her on a merry-go-round talking. One day she told me, ‘I’m okay, it doesn’t hurt anymore,’ and that was the last dream I had of her.

“My mom, sister, and I ended up moving to a town called Weslaco, Texas. My mom’s hometown. My mom wanted to be close to her family in case anything happens again. Things were silent for awhile. I  would think of Kristie a lot; I would pray by her urn or talk to her urn in hopes of a sign. I had finally accepted she moved on and she was happy. However, my heart still had a huge gap in it. 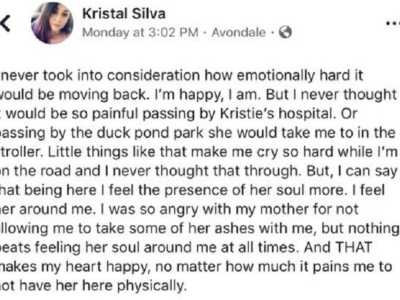 “I made the decision to move back home to Arizona where Kristie and I grew up. I’ve visited a few times and let balloons go but never received a sign from her. But now that I moved home, I feel my heart is full. Although it does hurt me deeply passing by her hospital or old places we would visit together; I feel as if her soul is lingering around me more.

“On Monday, March 13, 2018, I was driving to the gym. It was an ordinary day; I always get Monday’s off work. I passed by her hospital, and the usual tear was shed. I shared a post on Facebook about how I feel her soul more, and how although it hurts me that my mother didn’t allow me to bring any of her ashes, I feel as if nothing is greater than feeling her soul around me.

“I got out of the car and went to work out. Getting back in the car I was driving home when the song  ‘Hello’ came on, and I noticed the lyrics weren’t the same. I figured it said, ‘Krispy’ as if they were advertising for Krispy Kreme or something. By the second chorus I turned it up, and that’s where I heard, ‘Hey, Kristie says hello.’ I immediately grabbed my phone in hopes to catch it on video. By this point, I was already pulling into my apartment complex. Sure enough, I got it on video and my hand started shaking.

“I parked my car and jolted upstairs to show my dad, and after a few plays, he too had heard what I heard! I ran to my brother’s room to show him, and he heard it as well and immediately began researching remixes. We didn’t find anything! I posted it just to share the beautiful sign I received, never knowing it would blow up the way it did, but it did.

“The message Kristie sent me has brought so many people with similar stories together to mourn and connect. To comfort each other and fill their hearts with pure LOVE! There’s NO greater feeling than that.”