He Gets Stung On The Lip By 2 Wasps, But What He Does Next Is Going Viral 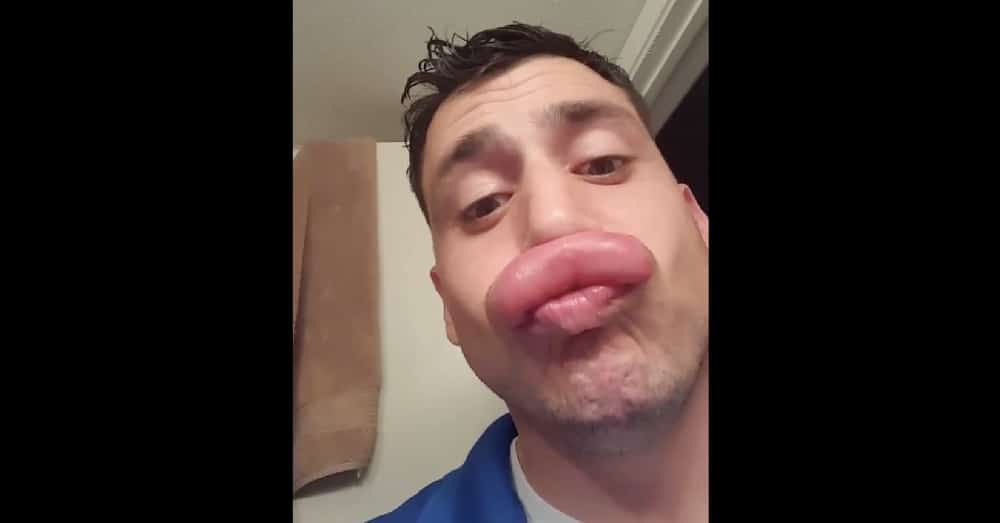 If you pay any attention at all to pop culture, you know that the trend of big lips is in big time right now.

One of the biggest trend setters was Kylie Jenner, one member of the celebrity Kardashian-Jenner family, who famously inspired the Kylie Jenner Lip Challenge that led to some funny videos as well as some fairly serious health problems.

Well, one guy has discovered a totally free (though not-so-painless) way to get those luscious lips you’ve always wanted, and he shared his “secret” in a funny video post that is now going viral.

The poor guy, who goes by ThaRivas on social media, was going after some car keys when two angry wasps stung him right on the lips.

At least he had a sense of humor about it, as you can see in this video he made right after getting stung.

I’m going to recommend you don’t take his advice on this one!

Did you love this guy’s sense of humor over his wasp stings as much as we did? So share this!