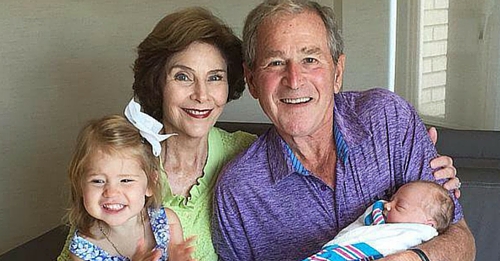 Over the years, throughout his presidency and beyond, George W. Bush has made a name for himself and left a mark on others, resulting in names that they have chosen for him as well.

Former Vice President Dick Cheney would refer to the president as “The Apprentice,” since the two worked together. Here, the two are pictured together. 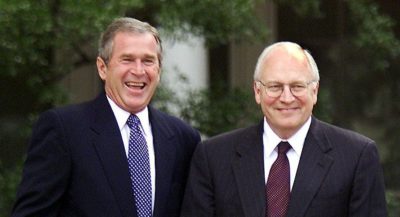 Bush’s friends in Texas referred to him as “The Bombastic Bushkin” because Bush was always down to get dirty and bring the Southerness out. 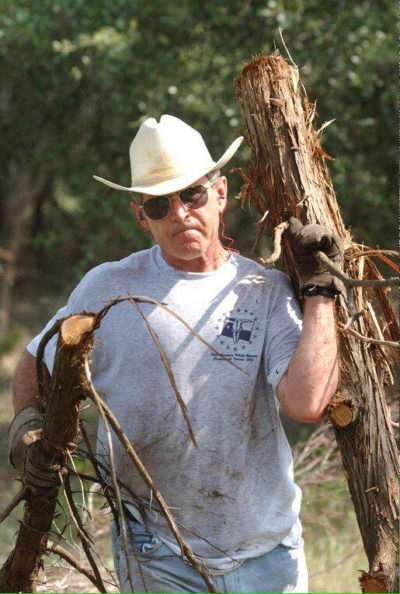 Bush has been called many things and had various nicknames, but the best of all comes from one little one who’s very special to him – his granddaughter ,Mia!

In a recent interview with People magazine, Bush’s wife, Laura, spoke about the cute nickname, the meaning, and their grandchildren, saying, “Every single day we talk to them with Facetime, so they know him. I’ll answer the phone and they’ll say where’s Jefe?” 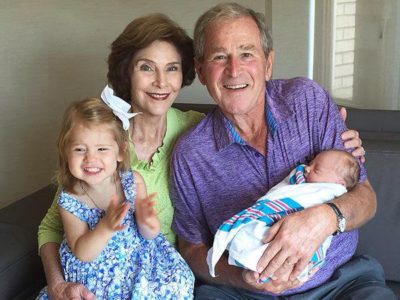 Laura explained that Jefe is a Spanish word that means “chief.” Pretty fitting for the former president.

Mila’s mother also shared that Mila will constantly ask for her “Jefe and Grammy.” How adorable! According to this interview,  Laura and Jefe love their grandchildren so much that their daughters have to be “careful of being trampled by George and her.”

Do you love George W. Bush’s granddaughter’s nickname for him? So share this!