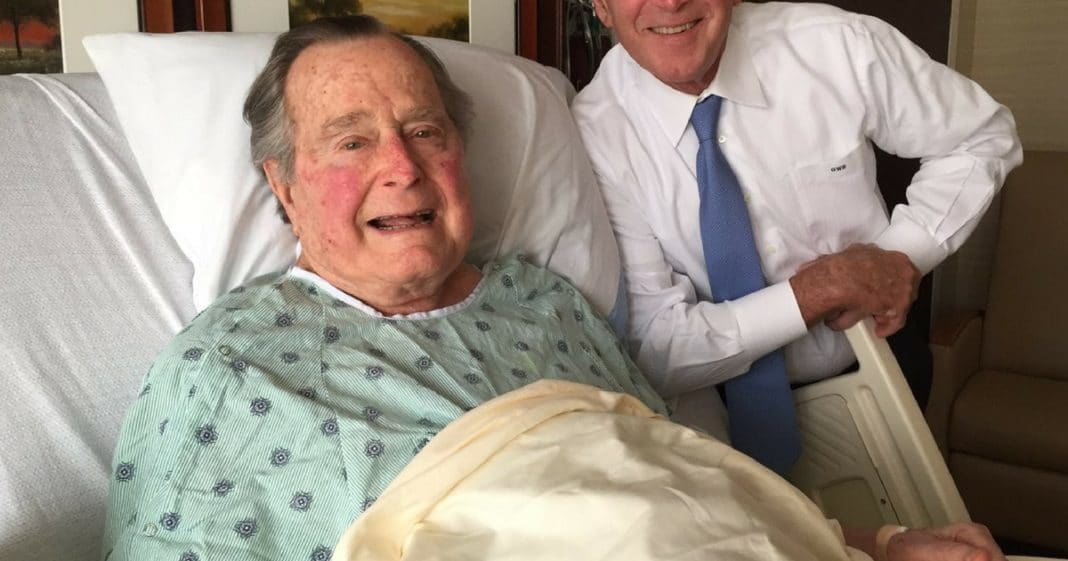 George H.W. Bush may be recovering from a mild case of pneumonia in a Houston hospital, but it hasn’t dampened his affinity for sharing personal moments on social media.

“Big morale boost from a high level delegation,” wrote the elder Bush. “No father has ever been more blessed, or prouder.”

Big morale boost from a high level delegation. No father has ever been more blessed, or prouder. pic.twitter.com/ekX4VyG2aO

And the younger Bush posted the photo to his Instagram account, writing, “Pleased to report that 41 is joyful, strong, and ready to come home soon.”

On Tuesday, the former president’s office said in a statement that he was hospitalized last Friday “for observation due to a persistent cough that prevented him from getting proper rest. It was subsequently determined he had a mild case of pneumonia, which was treated and has been resolved.”

The statement added, “President Bush is in very good spirits and is being held for further observation while he regains his strength.”

Read more about the 41st president’s recovery on ABC News.