Before Death, George And Barbara Bush Set A Milestone No Other Presidential Couple Ever Reached 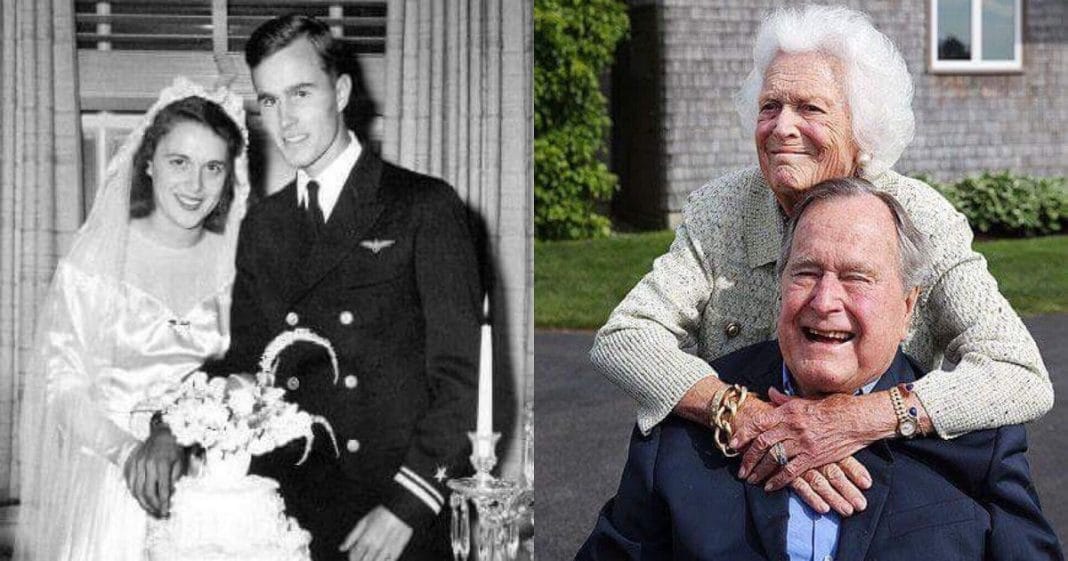 94-year-old former President George H. W. Bush and his wife, 92-year-old Barbara Pierce Bush, celebrated a milestone never before reached by any U.S. presidential couple before their deaths in 2018. They marked their 73rd wedding anniversary on Saturday, January 6th. They were wed in 1945, just months before the ending of World War II.

The Bush’s shared a wedding date that took place back in 1759 between George Washington and the widow Martha Dandridge Custis. Back to George H. W. and Barbara. The two met when George was 16. Barbara, 15 was on holiday from her boarding school.

They dated long-distance for some time; during the war, George served as a naval pilot. He proposed to Barbara before heading off to war.

After returning home, the couple married and then moved to Texas with their oldest son, George who was named after his father. 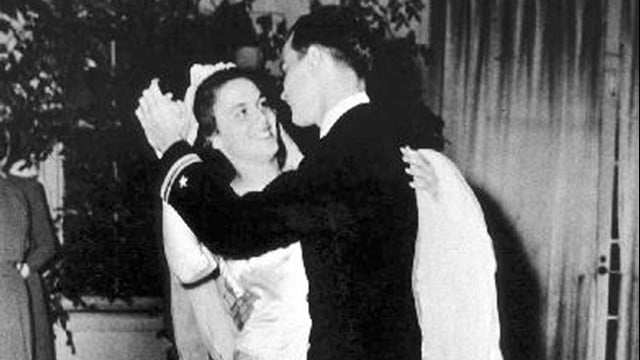 Before his time in the White House, George H. W. served two terms in the House of representatives. He also served as U.N. ambassador, chairman of the Republican National  Committee, chief of the U. S. Liaison Office in the People’s Republic of China and director of the  CIA.

He ran against Presidential nominee, Ronald Reagan in 1980; he served two terms as Vice President under President Reagan then one term as President. He lost the 1992 election to Democratic candidate, William Jefferson Clinton.

George and Barbara had five children. Some of had illustrious political careers themselves. Former President George W. Bush; former Florida Governor John Ellis “Jeb” Bush specifically; fellow sons Marvin and Neil; and daughter Doro. They had another daughter, named Robin who died of leukemia in 1953. The Bush’s are grandparents of 17 and they have seven great-grandchildren. 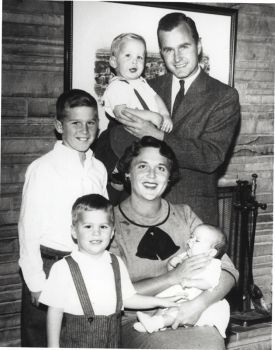 Having the longest marriage of any U.S. president isn’t the only time the former president has made history. On November 25th, 2017, he became the longest-living president when he turned 93. When he turned 90, Bush went skydiving. For his last birthday, he went boating with his family.

Before his death, Bush suffered numerous health problems in 2017 that slowed him down. He was hospitalized several times with chronic pneumonia.

Our thoughts and prayers go out to the entire Bush family as they mourn the deaths of this happy couple, but we hope they find comfort knowing they are together once again.