Garbageman Walks Toward Autistic Son With Mystery Bag. Mom Loses It When She Sees Inside 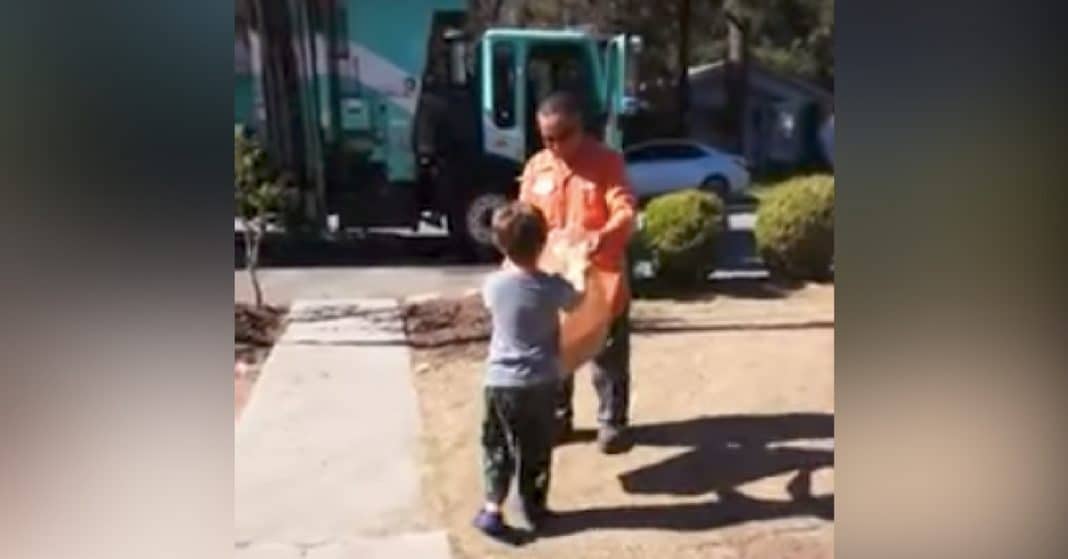 Five-year-old Daniel lives with autism. He once feared the arrival of the garbage truck; that is until he met and grew to know its driver, Manuel Sanchez.

Now, every Monday, Daniel eagerly awaits the garbage truck coming to his home and removing the trash. He also looks forward to seeing Manuel. Over time, the two have become pals.

One particular Monday, Daniel’s mother decided to film her son excitedly waiting for the garbage truck. Daniel could hardly wait for the vehicle to come to a stop and for his buddy to climb down!

Little did he know this day was about to turn extra-special – it turns out Manuel had an extraordinary present for his young friend.

Manuel asked Daniel’s parents if it was all right to give the young boy something. Of course, they agreed. Manuel got a big bag out of the truck and brought it over to Daniel.

At first, Daniel was unsure of what to do with the bag; but once he realized it was for him, he eagerly tore into the package.

To everyone’s delight, Manuel had gifted his young friend a toy garbage truck. This brand new toy was just like one Daniel had previously owned. The original truck broke, so Daniel’s mother was touched that Manuel had done something so thoughtful.

She made sure her son thanked Manuel for his kind gift. Daniel seemed so happy to receive something from his older friend that he didn’t know how to respond, but you can tell from the video how happy he is.

What a wonderful act of selfless kindness. Daniel was able to overcome his fear of the garbage truck all thanks to Manuel and his patience and thoughtfulness. He stopped to befriend the little boy and help him not be afraid, and he made a new friend in the process.

Were you touched by what Manuel did for Daniel? So share this!