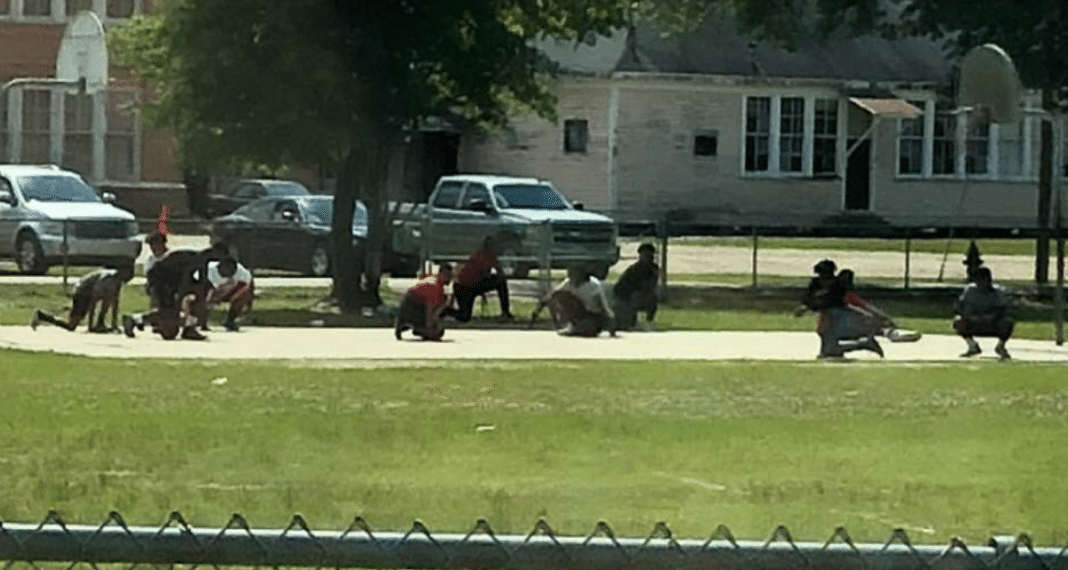 Seeing the boys stopped sisters Johannah Stroud and Lynn Bickham Bienvenu in their tracks. the funeral was for their cousin, Velma Kay Crowe. As her funeral procession passed by, the kids put down their basketball and got down on one knee. The sisters rushed to capture the moment with their phones.

“It was really impressive,” said Stroud. “It meant a lot.”

“While attending a family funeral, the procession passed a group of young boys shooting hoops. Take a look closely. They took a knee not out of disrespect but honor. They were not an adult insight to tell them to stop playing. This meant a great deal to our family. May God bless each one as I feel they will achieve greatness.”

The post has garnered numerous positive comments. Everyone is embracing the boy’s act and praising them for what they’ve done. “People are hungry to see good things and encouraging things,” Stroud said.

The young men haven’t remained unaffected by all the love shown to them on social media. Instead of letting it go to their heads, they are humble and kind. They reached out to crow’s family to offer their condolences for their loss; they told the family that it was their former basketball coach who instilled in them the importance of taking a knee as a sign of respect.

“We don’t have to do great acts to show kindness, something simple as that or opening a door or being kind to someone, or respectful but it means a lot,” said Stroud.

It’s great to see there are teenagers out there who grasp the importance of respect, empathy, grief, and loss.