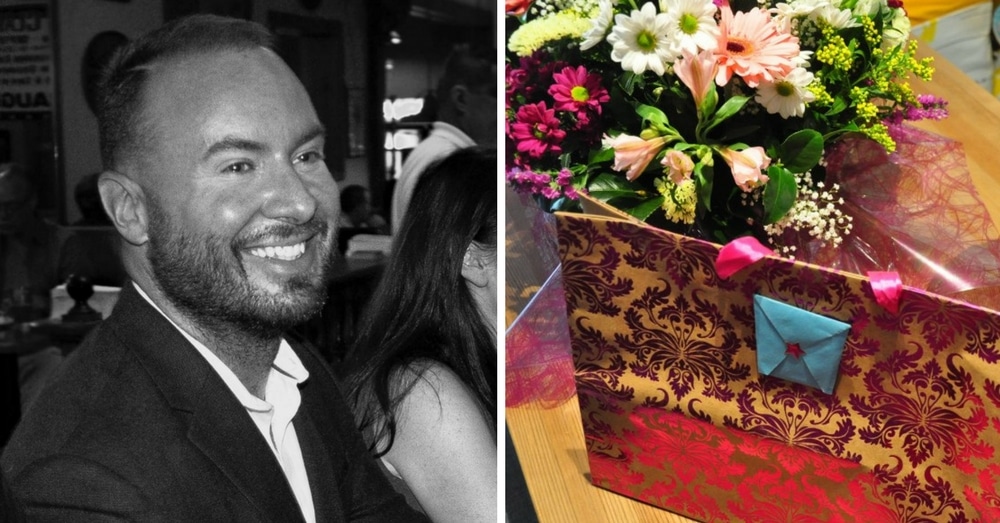 Divorce is always hard for everyone involved. Even if the split is amicable, there is still a lot of hurt and pain that goes along with it.

Having children adds another difficult element to the mix. It is really hard on kids to be shuffled back and forth between their parents, and many often feel as if they are being forced to “choose” a parent or be on one of their “sides.”

After his divorce, Billy Flynn decided he was going to deal with things differently. While it was tempting to want to bash his ex or not treat her kindly, he knew his two sons were watching and he had to set a good example for them.

That’s why on his ex-wife’s birthday he got up early, brought flowers, cards, and gifts for their kids to give her, and helped them cook her breakfast.

As people often do, someone asked him why he would go out of his way to be kind to his ex. Frustrated with getting the question so often, Billy took to Facebook to share why he treats his ex the way he does, and his response has been going viral. (Warning: Language may be offensive to some of our readers.)

“It’s my ex-wife’s birthday today, so I got up early and brought flowers and cards and a gift over for the kids to give her and helped them make her breakfast. Per usual someone asked me why the hell I still do things for her all the time. This annoys me. So ima break it down for you all.

“I’m raising two little men. The example I set for how I treat their mom is going to significantly shape how they see and treat women and affect their perception of relationships. I think even more so in my case because we are divorced. So if you aren’t modeling good relationship behavior for your kids, get your shit together. I don’t care if she’s a cunt. Rise above it and be an example. This is bigger than you.

So many people have been impressed with Billy’s selflessness, realizing how difficult it is, but also how important it is for his kids. His post has since been liked and shared hundreds of thousands of times.

“It definitely wasn’t easy up front,” Billy admitted. “I’d say it took us a good year to get it right.”

“Divorce is hard and I think we all do and say some things that really aren’t our best selves,” he added. “But we always put the kids first, and honestly, I think that focus helped us repair our relationship into one of mutual respect over time, and our kids win as a result.”

He said he realizes what he is doing may not be possible in all situations, but stresses the importance of setting a good example for the little ones who are watching.

“I’m not advocating that everyone can or should do what we do for each other to model for the kids. But I believe it is extremely important for parents to show each other respect and care in front of the kids. If your ex doesn’t have a new [significant other], you got to make sure those kids have Mother’s and Father’s Day cards, birthday gifts, etc.

“Kids want to care for their parents by nature, but they cant do it alone. It’s our job to facilitate that. So even if your ex is a terrible person in your eyes, you need to set it aside and realize your kids love this person. Seeing you mistreat someone they love is traumatic, whether you want to own it or not.

“So focus on the kids, make a pact, and I think you’ll be surprised to find that your mutual focus on the kids will actually benefit your post-divorce relationship because it takes the spotlight off your individual hurts and anger and resentment.”

Billy wants people to remember that no matter what you have been through with your former spouse, the situation is “bigger than you.” The focus needs to be on “raising good men and strong women” and teaching them how to have healthy relationships so they don’t repeat your mistakes.

I think this is a lesson we can all learn from!

Were you impressed with Billy’s attitude toward his ex? So share this!